People wait in Tijuana, Mexico, on Tuesday to apply for asylum in the United States. A memo notified officers that immigrants at the southern border are ineligible for asylum, with a few exceptions. 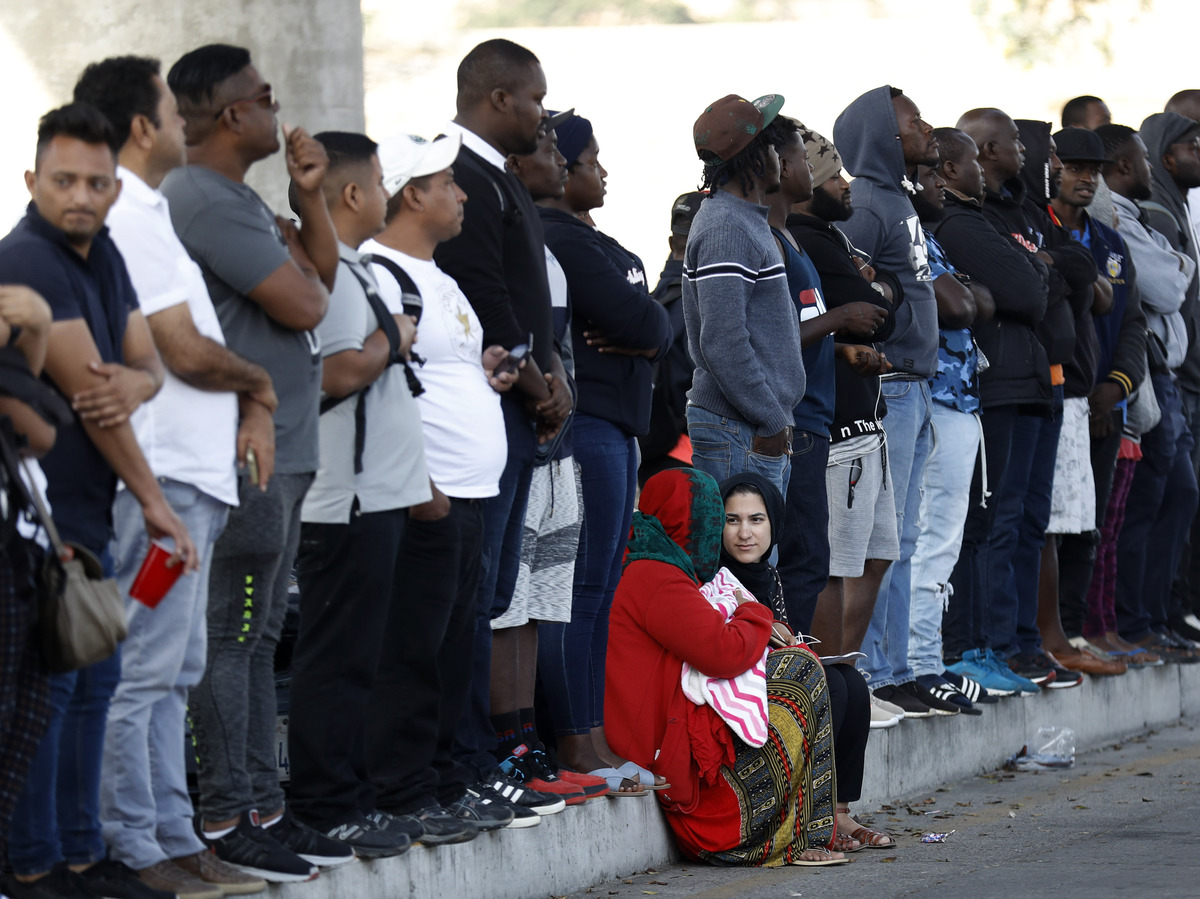 People wait in Tijuana, Mexico, on Tuesday to apply for asylum in the United States. A memo notified officers that immigrants at the southern border are ineligible for asylum, with a few exceptions.

The Trump administration has implemented its strongest effort yet to curb asylum claims, but an internal memo shows that U.S. asylum officers weren’t briefed until just hours before the sweeping immigration rule went into effect Tuesday.

The new policy bars most immigrants from a long-held practice of applying for asylum at the U.S.-Mexico border. People seeking asylum must instead apply for protections in countries they passed through on their way to the United States.

In the Monday night memo obtained by NPR, the head of asylum at U.S. Citizenship and Immigration Services, John Lafferty, said asylum officers were “once again being asked to adapt, and to do so with very little time to train and prepare.”

Lafferty went on to commend his staff at USCIS while noting the suddenness of the new rule. “If I didn’t know that we have some of the most dedicated, most adaptable and most talented public servants presently serving in the federal government, I would be concerned about being able to implement these changes on such short notice,” he said.

The agency’s asylum officers conduct so-called credible fear interviews — the first step an immigrant goes through to begin the process of filing an asylum claim.

The Trump administration insists that migrants are taking advantage of an already overwhelmed system. USCIS acting Director Ken Cuccinelli reiterated the president’s declaration in February that a national emergency has unfolded at the U.S. southern border, a move that could allocate billions of dollars to fund his controversial wall.

The administration’s new rule was announced Monday and published in the Federal Register on Tuesday morning. Later Tuesday, the American Civil Liberties Union and other groups filed a lawsuit to challenge the rule.

Immigration advocates say the new policy flies in the face of a core U.S. tenet — to protect people from being sent back to places where they face persecution. Under the Immigration and Nationality Act, people who arrive on U.S. soil are eligible to apply for asylum if they say they fear persecution in their home countries.

Immigration reporter Molly O’Toole of the Los Angeles Times told NPR that the president has vowed to target illegal immigration, “but many of the policies have actually targeted legal immigration, and asylum is that category.”

The new rule allows for few exceptions: if migrants first applied for asylum in a country they passed through on their route to the United States, if they prove they were victims of severe human trafficking, or if they traveled through countries that were not signatories to international conventions on refugees or torture — such as North Korea or Myanmar.

Many migrants likely are unaware that the Trump administration’s new rule would affect their cases.

On Tuesday, a throng of immigrants stood around in a Tijuana parking lot, near the San Ysidro Port of Entry, as they waited for immigration hearings in the U.S., under the Trump administration’s “remain in Mexico” policy.

Few of those migrants knew about the new asylum rule, KPBS’ Max Rivlin-Nadler reports for NPR. An unofficial waitlist there was filled with 9,000 names, including those of immigrants from Cameroon and Eritrea. A man who did not give his name out of fear for his safety told Rivlin-Nadler that he fled Cameroon after his family was attacked by government troops.

In Guatemala, meanwhile, other immigrants were waiting this week to be processed by that country’s asylum system.

Jose Jonathan Escobar told NPR that his family fled after a gang in his native El Salvador threatened his family. “We pleaded with them not to kill us, but in the end they told us you have three days to get out of your house.” He said gang members killed three of his brothers and the mother of his two daughters.

The family traveled to Mexico, but refugee offices were crowded with migrants and they had to sleep on the streets. “I just want my family to be OK,” Escobar said.