Trump Threatens To Deport ‘Millions,’ As He Kicks Off Campaign For Reelection

President Trump pumps his fist after speaking at a campaign rally in Montoursville, Pa. He’s calling a rally in Orlando, Fla., Monday a campaign kickoff, as he is threatening to deport “millions.” 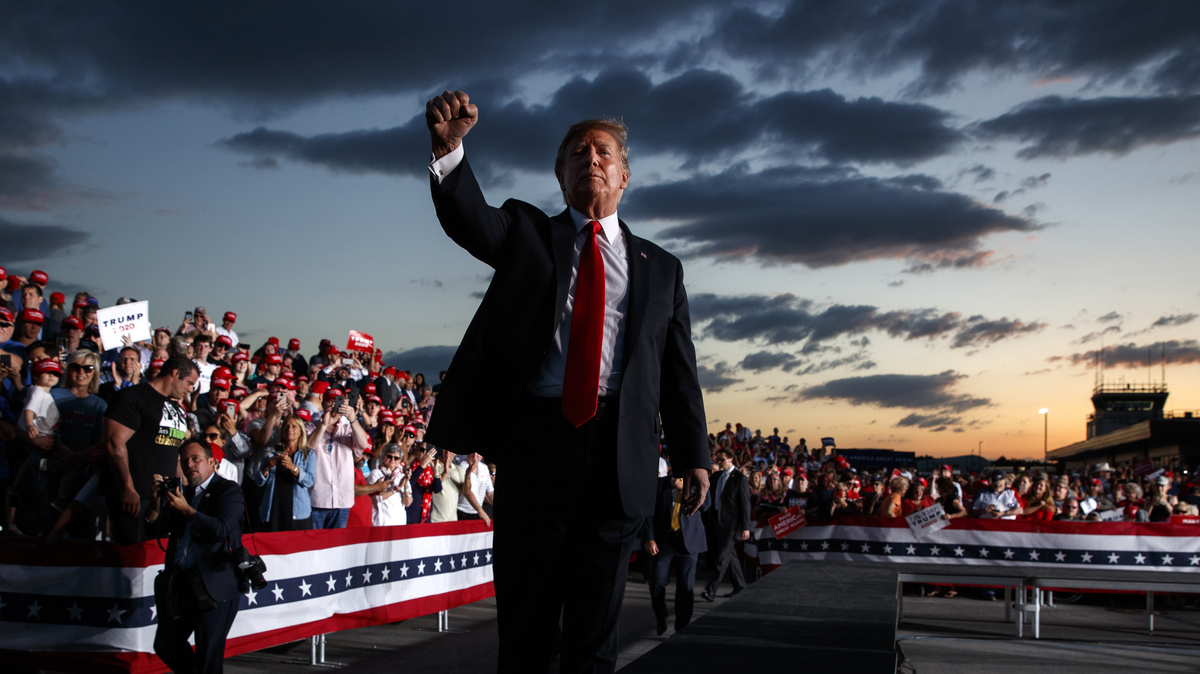 President Trump pumps his fist after speaking at a campaign rally in Montoursville, Pa. He’s calling a rally in Orlando, Fla., Monday a campaign kickoff, as he is threatening to deport “millions.”

On the day of his self-declared presidential campaign kickoff, President Trump is threatening to deport “millions” of immigrants in the United States illegally beginning “next week.”

The administration is predicting with increased help from Mexico that it will have more bed space at detention centers, which it didn’t have before. So the administration is planning to prioritize going after recent arrivals who have not been showing up at court, according to an adviser to the Department of Homeland Security.

The enforcement action is not for people who have been in the country long term, but more focused on the people who just got to the country and skipped court dates.

There are more than a million immigrants in the U.S. with orders of deportation who have not been removed, according to an administration official, noting that “countless” numbers of people are skipping court hearings and “absconding from federal proceedings.”

Referring to them as “runaway aliens,” this official claimed that they “lodge phony asylum claims only to be no-shows at court and are ordered removed in absentia.”

The official added: “There are more than 1 million illegal aliens who have been issued final deportation orders by federal judges yet remain at large in the country. These judicial removal orders were secured at great time and expense, and yet illegal aliens not only refuse to appear in court, they often obtain fraudulent identities, collect federal welfare, and illegally work in the United States. Enforcing these final judicial orders is a top priority for Immigration and Customs Enforcement — willful defiance of our laws, and the defrauding of the American People with fraudulent asylum claims, will not be tolerated.”

Trump administration officials believe threats and potential action could serve as a deterrent. Others have doubts, especially as the numbers of border apprehensions have increased despite the administration’s hard-line family separation policy that has since been scaled back.

Immigration advocates warn that families could again be separated in the kind of broad, hard-line action the president seems to be promising.

ICE officials have been stretched dealing with increased border crossers, and the administration is hoping that the deal with Mexico to ramp up enforcement at its southern border will have a domino effect that will free up bed space in detention centers and could allow ICE agents to do more interior enforcement.

Trump is holding a rally Tuesday night in Orlando, Fla., a key state in his reelection hopes. The president used immigration as a key cultural touchstone during the 2016 election to fire up his base of supporters.