A mother and her three daughters at the border crossing dividing Juárez, Mexico, and El-Paso, Texas. The family traveled from Guatemala to reach the U.S. 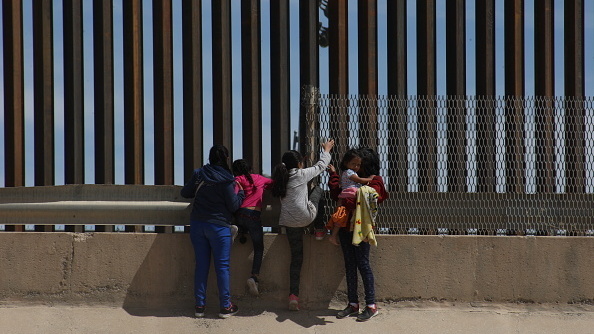 A mother and her three daughters at the border crossing dividing Juárez, Mexico, and El-Paso, Texas. The family traveled from Guatemala to reach the U.S.

A plan under consideration by President Trump to transfer detained immigrants to “sanctuary cities” should be viewed as an overture to Democrats, not political retribution, a White House spokesman said on Sunday.

“It’s not political retribution,” Hogan Gidley, the White House Deputy Press Secretary, told NPR. “If anything, you should consider it on the Democrat side to be an olive branch.”

But according to a report published by The Washington Post on Thursday, the plan to send detained immigrants who are in the country illegally to so-called sanctuary cities was seen by some White House officials as a way “to retaliate against President Trump’s political adversaries.”

Initially, White House and Homeland Security officials said the plan had been scrapped, but on Friday, President Trump confirmed the report, telling reporters, “We’ll bring them to sanctuary city areas and let that particular area take care of it.”

On Sunday, White House officials sought to turn the focus on Democrats. Speaking on ABC News’ “This Week,” White House Press Secretary Sarah Sanders said the preferred solution would be for Democratic leaders in Congress to work with the White House to “stop this awful crisis that is taking place at our border.”

Cracking down on illegal immigration has been a central theme of the Trump presidency, and in his interview with NPR, Gidley said Trump is trying to make good on that promise through the sanctuary cities plan.

Gidley said the White House has put forward multiple proposals to stem the flow of illegal immigration, but Democrats have not “come to the table.”

“So the logical answer is to give them something they want,” said Gidley. “Democrats say that if you even think about rejecting people into this country illegally, that you are somehow racist. So the question then becomes, do Democrats want to allow these people to be shipped into their communities?”

“We looked at it and said, where are the logical places to kind of spread the wealth, if you will, and places like San Francisco, for example, or a sanctuary city, they are designed and set up specifically to have people there who aren’t here legally,” he said. “That’s what their stated goal is, so there is no reason we shouldn’t be looking at a way to give them exactly what they want.”

Last week, Ashley Etienne, a spokeswoman for Pelosi, told The Washington Post, “The extent of this administration’s cynicism and cruelty cannot be overstated. Using human beings — including little children — as pawns in their warped game to perpetuate fear and demonize immigrants is despicable.”

The proposal has already faced questions about its cost and legality. Responding to those questions, the president tweeted on Saturday that the U.S. government “has the absolute legal right to have apprehended illegal immigrants transferred to Sanctuary Cities.”

Just out: The USA has the absolute legal right to have apprehended illegal immigrants transferred to Sanctuary Cities. We hereby demand that they be taken care of at the highest level, especially by the State of California, which is well known or its poor management high taxes!

On Sunday, Democrats denounced the proposal as a political tactic. Speaking on “Fox News Sunday,” Sen. Ben Cardin, D-Md., said the president was using the plan to energize his base.

“My understanding is that it is not legal. There is no budget for that purpose,” Cardin said. “This is clearly a political move for the president. He is using the immigrants as pawns in a political game of chess.”