President Trump reconsidered a plan to strike at Iran over its downing of an RQ-4 Global Hawk, like this drone seen at the Grand Forks Air Force Base in North Dakota. 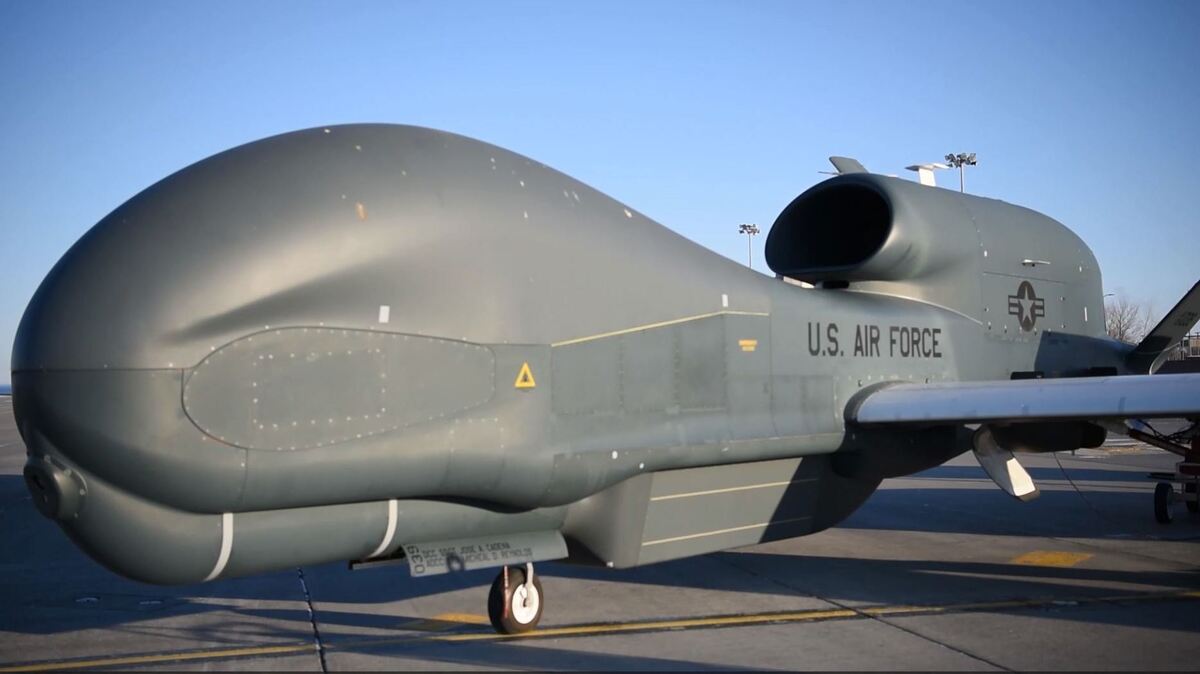 President Trump reconsidered a plan to strike at Iran over its downing of an RQ-4 Global Hawk, like this drone seen at the Grand Forks Air Force Base in North Dakota.

President Trump confirmed that he approved a strike on Iran on Thursday after that country shot down a U.S. drone but called off the operation after the initial moves were underway. Trump said he canceled the attack after being told 150 Iranians would likely be killed.

“We were cocked loaded to retaliate last night on 3 different sights when I asked, how many will die,” Trump said in a tweet Friday.

When he was told the number, Trump said, he decided that the strike was not “proportionate to shooting down an unmanned drone.” The president said he put a halt to the operation 10 minutes before the strike was set to begin.

….On Monday they shot down an unmanned drone flying in International Waters. We were cocked loaded to retaliate last night on 3 different sights when I asked, how many will die. 150 people, sir, was the answer from a General. 10 minutes before the strike I stopped it, not….

Trump’s pullback was first reported by The New York Times, which described how even as late as as last as 7 p.m. ET Thursday, military and diplomatic officials were still expecting an attack to proceed.

“Planes were in the air and ships were in position, but no missiles had been fired when word came to stand down,” the Times reported, citing multiple senior Trump administration officials.

While he acknowledges that in the past, planned missile strikes have been canceled because of factors such as targets being moved or weapons needing maintenance, Stavridis told NPR’s Morning Edition, “Bottom line, I can’t think of an instance where a decision has gotten pulled back, if that’s what actually happened.”

Stavridis spoke to NPR shortly before Trump confirmed that he had called off the strike. In the international community, the president’s reversal will likely be perceived as “somewhat indecisive,” Stavridis said. It also signals that members of Trump’s national security team might be at odds with one another, he noted, adding that there is currently no confirmed secretary of defense.

“These are the times when you wish you had Jim Mattis still in that seat,” Stavridis said, referring to the former defense secretary, who resigned early this year.

As Trump discussed potential U.S. responses to Iran around midday Thursday, he sent something of a mixed message.

“You’ll soon find out” if the U.S. is planning a strike on Iran, Trump told reporters at the White House, reiterating that Iran had made a “very big mistake” by shooting down the U.S. drone.

But the president also seemed open to the idea that it not have been an intentional act by Iran’s leaders or its military. “I have a feeling that it was a mistake made by somebody that shouldn’t have been doing what they did,” he said, speculating that “it could have been someone loose and stupid.”

Trump also said that it made a “big, big difference” that the RQ-4 Global Hawk surveillance drone was an unmanned aircraft.

News of the aborted strike on Iranian targets comes as Iranian media outlets aired video purportedly showing a missile from a surface-to-air missile battery streaking into the night sky and hitting the drone.

Iranian media also released images of what they describe as parts of the U.S. drone that were “retrieved from Iranian waters.”

The drone was shot down one week after two tankers were attacked in the Gulf of Oman, in an incident that the U.S. has blamed on Iran. Tehran has denied involvement; the U.S. says Iran used magnetic mines to cause explosions and fires aboard the tankers Front Altair and Kokuka Courageous.

The U.S. and Iran disagree on where the drone was when it was shot down. Iran says the spy craft had intruded on its airspace around Kouhmobarak district in the country’s south, near the Gulf of Oman. According to Iranian Foreign Minister Javad Zarif, the Global Hawk had taken off from the United Arab Emirates and “violated Iranian airspace.”

But the U.S. has flatly rejected that description. Air Force Lt. Gen. Joseph Guastella, commander of U.S. Central Command, said the drone “had not violated Iranian airspace at any time during its mission.”

Guastella said the U.S. drone was flying 34 kilometers away from Iran’s coast when the Revolutionary Guard shot it down.

Guastella also said the missile attack on the drone was irresponsible, saying it took place “in the vicinity of established air corridors, possibly endangering innocent civilians.”

Citing the “inadvertent risk” Iran’s air defense systems could pose to commercial airlines, Friday morning, the Federal Aviation Administration has banned U.S. airlines from flying in area of Iranian-controlled airspace over the Strait of Hormuz and the Gulf of Oman, in the same area where Iran shot down the drone.

The FAA’s decision came after United Airlines suspended one of its longest passenger routes, a direct flight between Mumbai, India, and Newark, N.J., which often passes through Iranian airspace. The airline tells NPR says that it made the change out of safety concerns, “given current events in Iran.”