The main gate at the U.S. military prison in Guantánamo Bay, Cuba. The inmate population there once stood at nearly 700 but has since dwindled to 40. 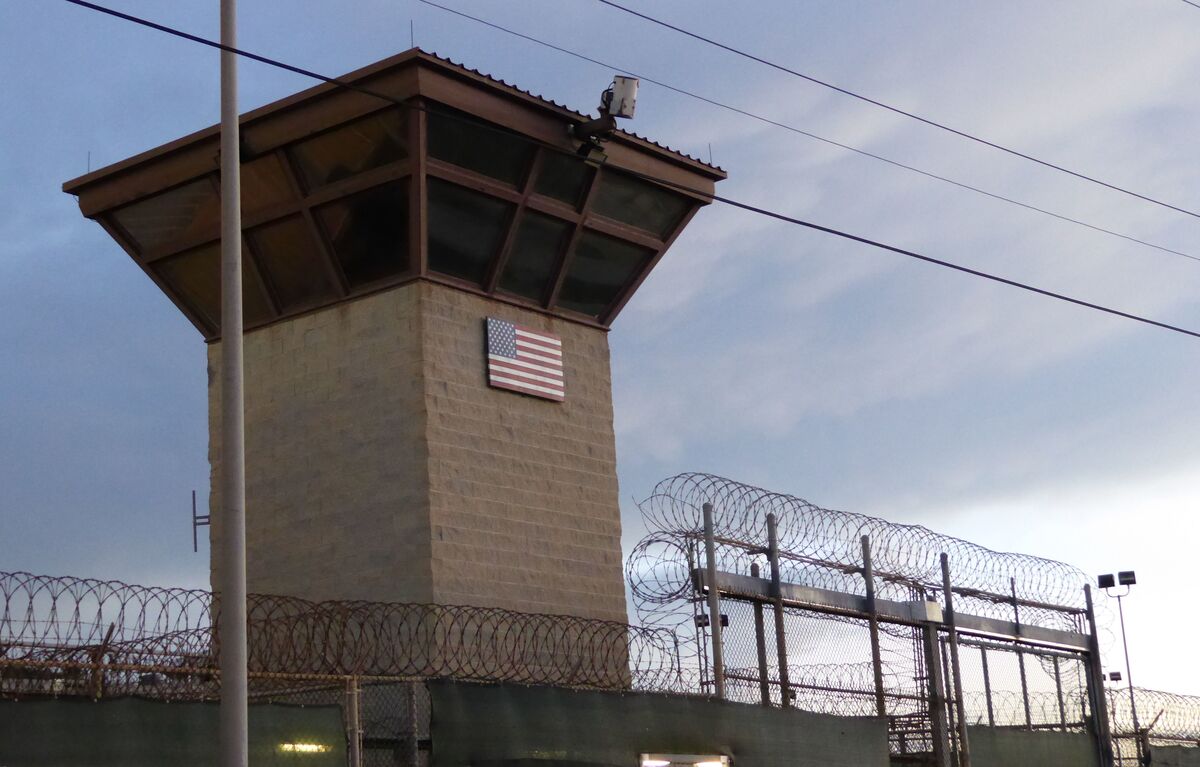 The main gate at the U.S. military prison in Guantánamo Bay, Cuba. The inmate population there once stood at nearly 700 but has since dwindled to 40.

The U.S. military prison in Guantánamo Bay, Cuba, is nearly empty these days, but President Trump is explicitly ruling out the possibility of sending thousands of captured Islamic State fighters there.

“The United States is not going to have thousands and thousands of people that we’ve captured stationed at Guantánamo Bay, held captive at Guantánamo Bay for the next 50 years and us spending billions and billions of dollars,” Trump told reporters Friday during an appearance at the White House with Australian Prime Minister Scott Morrison.

“I want the countries to take back the captured ISIS fighters,” Trump added, noting that many of these captives come from European nations, including Germany and France. “And if they don’t take them back, we’re going to probably put them at the border, and then they’ll have to capture them again.”

Few of the foreign ISIS fighters captured on the battlefield in Syria and Iraq have been repatriated. Without embassies in those war-torn nations or extradition treaties, European allies of the U.S. have been reluctant to accept nationals being held as prisoners of war.

“It is certainly not as easy as they think in America,” German Foreign Minister Heiko Maas told reporters earlier this year. “German citizens have the right to return, but we have little ability in Syria at present to check whether German citizens are actually affected.”

Approximately 2,000 fighters are being held by the Kurdish-dominated Syrian Defense Forces in northeastern Syria with assistance from U.S. military forces. Trump demanded at a separate White House event Friday that their home countries “take those people back, put them on trial, and do what they have to do to them.”

There is growing concern among U.S. and SDF officials that the makeshift prisons where the fighters are being held are vulnerable to attacks by the captured insurgents’ comrades-in-arms.

But no new prisoners have been sent to the Guantánamo lockup since the final year of the George W. Bush administration. An inmate population there of nearly 700 at its peak dwindled to 41 by the time Trump took office. With the transfer last year of one of those captives, the number now stands at 40.

Renovation and expansion of prison facilities in Guantánamo along with the construction of permanent housing for guards had fueled speculation that preparations were underway for an influx of ISIS fighters. Trump signed an executive order last year reaffirming the need to keep the Guantánamo stockade in operation.

Trump said last month that European leaders, who have long criticized the Guantánamo prison, had asked him to use that facility to house the ISIS fighters captured in Syria and Iraq. “They say to us, ‘Why don’t you hold them in Guantánamo Bay for 50 years and you just hold them and spend billions and billions of dollars holding them?’ ” Trump said at a Kentucky veterans convention. “And I’m saying, ‘No, you got to take them.’ “

Trump’s emphasis on the cost of holding inmates in Guantánamo coincides with recent reports detailing how $6 billion has been spent keeping terrorism suspects locked up and how the annual cost per prisoner has risen to $13 million.

Trump did not explain how the U.S. might go about carrying out his threat that unless European allies accept nationals who are Islamic State prisoners of war, “we’re releasing them at the border.”

He did make clear, though, that he is not contemplating Guantánamo as an alternative destination for those captives.