President Donald Trump and first lady Melania Trump were welcomed to the U.K. by Queen Elizabeth II, in a ceremony at Buckingham Palace. 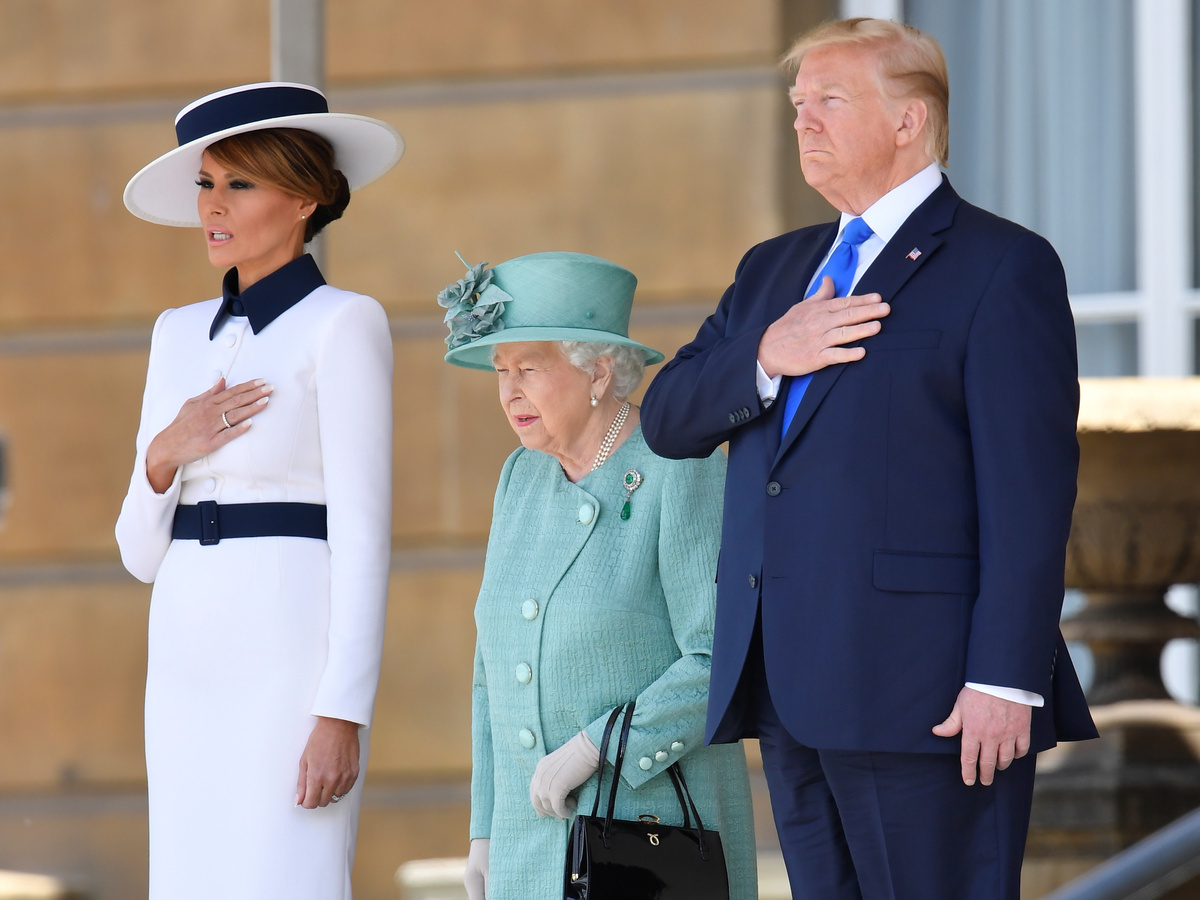 President Donald Trump and first lady Melania Trump were welcomed to the U.K. by Queen Elizabeth II, in a ceremony at Buckingham Palace.

President Trump received a royal salute as he arrived in Britain for a state visit Monday, making his way to Buckingham Palace to greet Queen Elizabeth II and other members of the royal family. Scripted to the minute, the carefully choreographed visit also included a review of an honor guard at the palace.

Standing on Buckingham Palace’s west terrace, Trump and first lady Melania Trump watched as rows of redcoated soldiers arrayed themselves across the palace’s garden. As a military band played the U.S. national anthem, he then walked with Prince Charles down to the lawn to inspect the guard of honor, stopping occasionally to talk with service members.

Accompanying the president was an entourage that included his daughter and adviser Ivanka Trump and her husband the senior adviser Jared Kushner, along with Treasury Secretary Steven Mnuchin, counselor Kellyanne Conway and immigration adviser Stephen Miller.

The Trumps will spend the day at Buckingham Palace, eating lunch with the queen and having tea with Prince Charles and Camilla, the Duchess of Cornwall. A state banquet will follow, around 7:40 p.m. local time.

President Donald Trump inspects a Guard of Honour with Prince Charles after arriving at Buckingham Palace in London Monday. 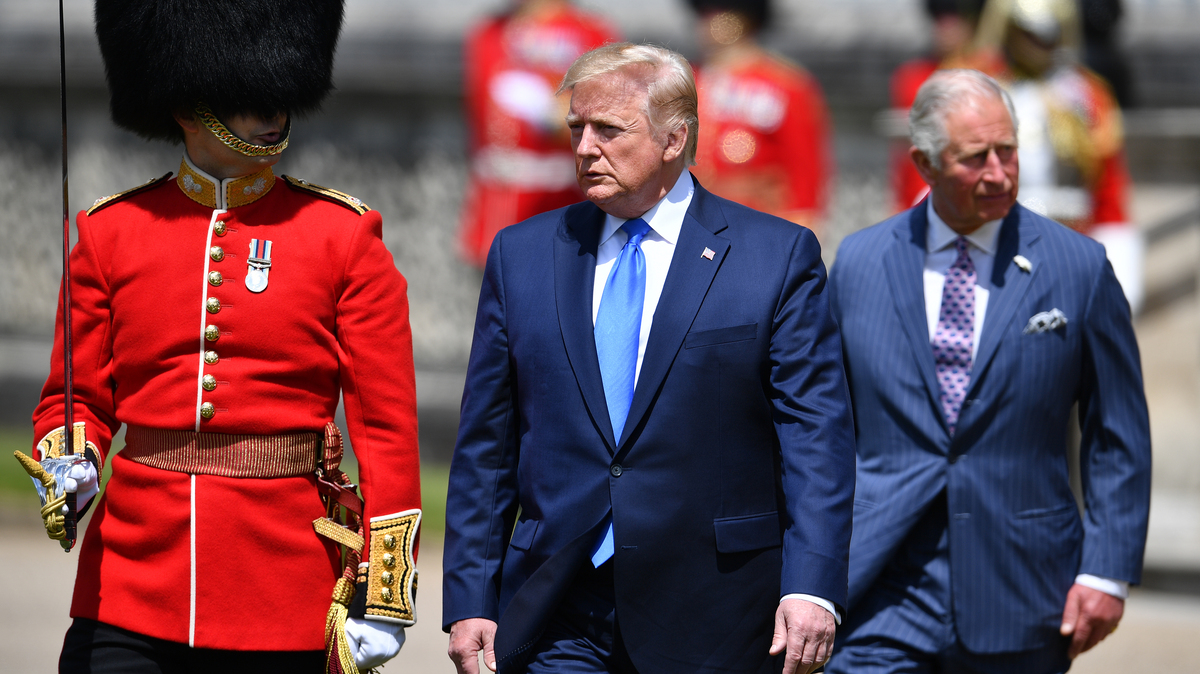 President Donald Trump inspects a Guard of Honour with Prince Charles after arriving at Buckingham Palace in London Monday.

Similar to last summer, Trump is visiting the U.K. as it struggles to find a way to exit the European Union. And on Tuesday, he’ll meet with Prime Minister Theresa May, who will leave office this month after failing to reach a deal that was politically acceptable in both the U.K. and the EU.

On Wednesday, the Trumps will take part in a D-Day ceremony in Portsmouth, England. From there, they will make a stop in Ireland before flying to France for a brief visit with French President Emmanuel Macron.

The goal of the U.K., visit, the White House says, is to “secure a stronger and more prosperous international relationship.” It adds that while in England, Trump will discuss a new trade agreement with the U.K. as the country severs ties with the European Union.

Another chief topic will be security, from the fight against ISIS to America’s contentious relationship with China and Iran, as well as the situation in North Korea.

The state visit may be more officious and formal than Trump’s tour of the U.K. last summer, but that didn’t stop the president from hurling insults at London Mayor Sadiq Khan on Twitter as he arrived — just as he did last June.

“He is a stone cold loser who should focus on crime in London, not me,” Trump said. He added, “Kahn reminds me very much of our very dumb and incompetent Mayor of NYC, de Blasio, who has also done a terrible job – only half his height.”

The clash with Khan started on Sunday, when the mayor said the U.K. was being “un-British” in hosting and celebrating Trump. Writing in the Observer newspaper, Khan cited Trump’s response to a white supremacist rally in Virginia, his immigration policies and other factors.

The U.S. president, Khan said, is part of a global threat that sows dangerous divisiveness and wins power through fear.

As NPR’s Frank Langfitt reports from London, “Khan said Trump’s electoral tactics — along with leaders such as Hungarian prime minister Viktor Orbán — recall the quote: ‘divisive tropes of the fascists of the 20th century.'”

After arriving for his three-day state visit Monday, Trump also complained that with Fox News not available, he had to watch CNN.

“Just arrived in the United Kingdom. The only problem is that @CNN is the primary source of news available from the U.S. After watching it for a short while, I turned it off. All negative so much Fake News, very bad for U.S. Big ratings drop. Why doesn’t owner @ATT do something?”