People walk across International Bridge 1 Las Americas, a legal port of entry that connects Laredo, Texas, in the U.S. with Nuevo Laredo, Mexico. 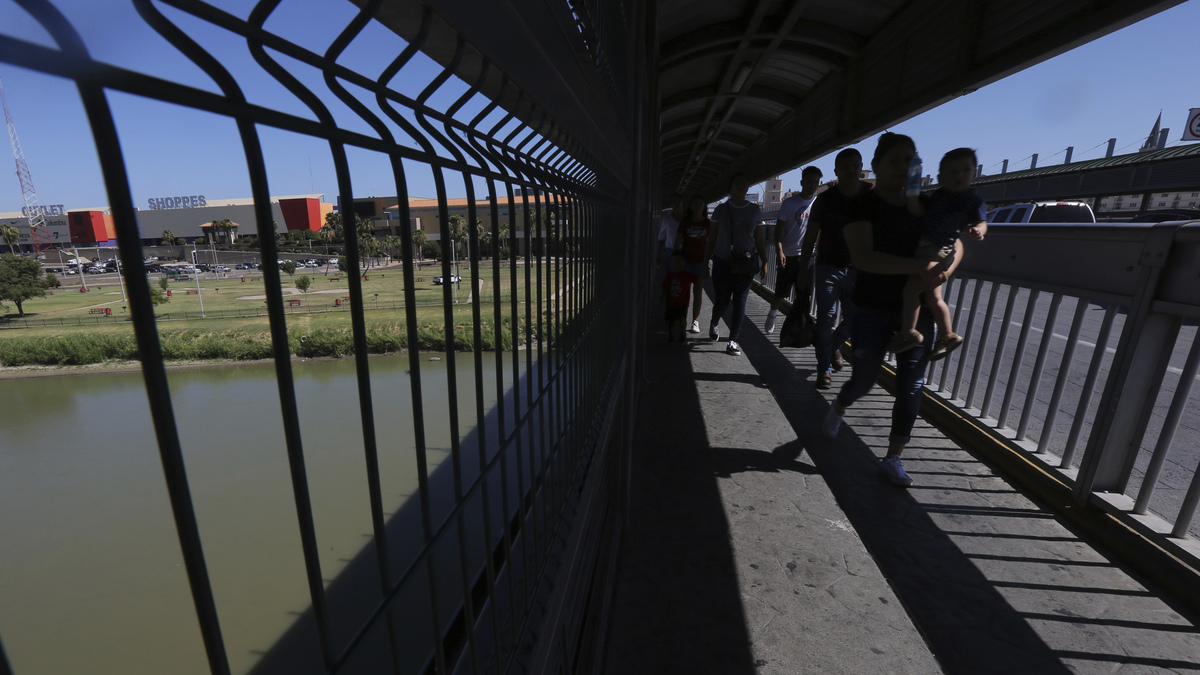 People walk across International Bridge 1 Las Americas, a legal port of entry that connects Laredo, Texas, in the U.S. with Nuevo Laredo, Mexico.

A federal judge on Wednesday let stand a new Trump administration rule requiring most asylum-seekers to ask for protection in another country before reaching the U.S.-Mexico border.

“It’s in the greater public interest to allow the administration to carry out its immigration policy,” U.S. District Judge Timothy J. Kelly of Washington, D.C., said from the bench.

Two immigrant rights groups — the Capital Area Immigrants’ Rights Coalition and RAICES, or Refugee and Immigrant Center for Education and Legal Services — had sued to try to block the new rule, arguing it would strip asylum eligibility from migrants fleeing dangerous situations.

But Kelly ruled that the administration’s interest outweighs the damages that might be experienced by the organizations helping migrants. And he expressed “strong doubts” that plaintiffs can show the government overstepped its authority by issuing the rule.

“I’m not saying it would cause no irreparable harm” to migrants seeking asylum in the U.S., Kelly, who was appointed by Trump, said before the ruling. But, he stated the immigrant rights organizations had failed to show how many clients they would be unable to reach as a result of the new rule, how many people would be turned away and how many migrants would ultimately qualify for asylum. He added that both CAIR Coalition and RAICES had failed to demonstrate that the new rule would “greatly increase” the amount of time it takes to prepare for migrants’ imminent danger interviews.

“We are disappointed in the court’s decision today, but we will continue to fight to ensure that this harmful rule does not unjustly impact children and adults who apply for asylum as well as immigration legal service providers’ ability to help asylum seekers,” Claudia Cubas, CAIR Coalition’s litigation director, said in a statement.

“This new rule is contrary to our laws and we will continue to challenge this attempt to remove asylum [eligibility] from those who are fleeing violence and persecution around the world,” Cubas added.

Another federal court in California is hearing a separate challenge to the new rule. Judge Jon Tigar of San Francisco will hold a hearing in that case Wednesday.

In November, Tigar issued a nationwide restraining order against a Trump administration policy seeking to limit asylum eligibility to only those who cross at legal points of entry.

The Trump administration has been taking steps to slow the flow of migrants, mostly from Central America, across the southern border.

On Monday, the administration announced another rule change to expand the number of undocumented immigrants who can be put into fast-track deportation proceedings. Immigrant advocates also plan to challenge that policy in court.