Tropical Storm Barry is predicted to strengthen into a hurricane — but its slow pace and heavy rains will likely pose the greatest risk to people living along the Gulf Coast and inland areas, forecasters say. 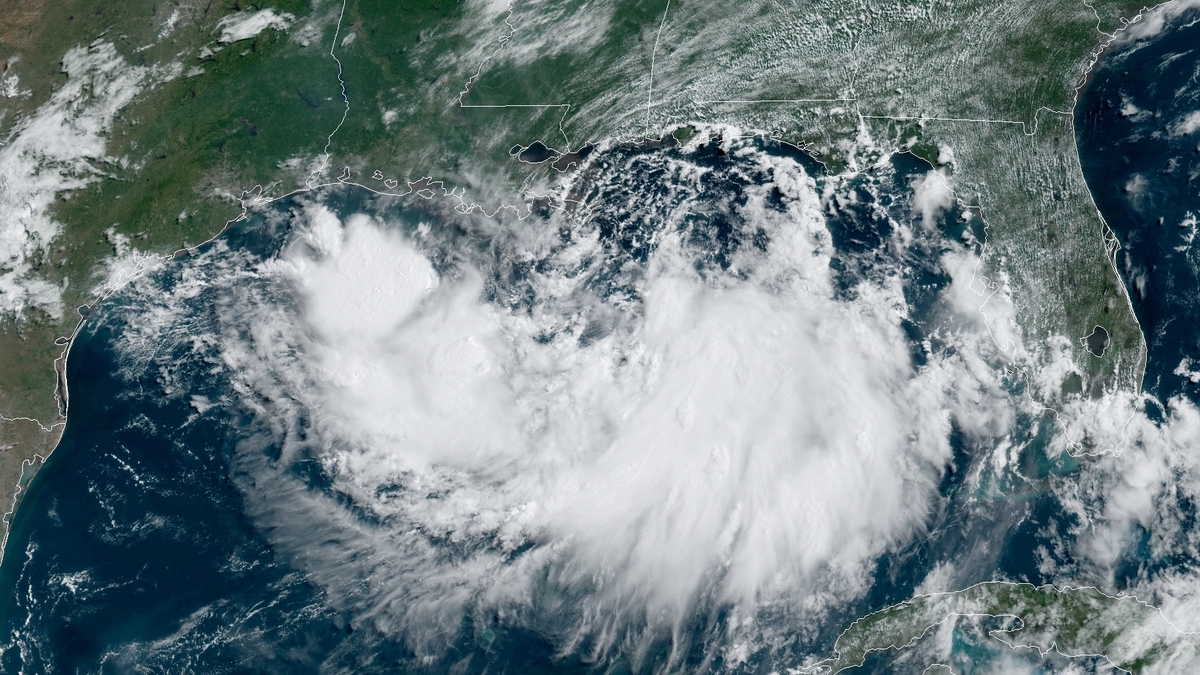 Tropical Storm Barry is predicted to strengthen into a hurricane — but its slow pace and heavy rains will likely pose the greatest risk to people living along the Gulf Coast and inland areas, forecasters say.

Tropical Storm Barry formed in the Gulf of Mexico Thursday — and it could become a hurricane by late Friday, the National Hurricane Center says. Forecasters say the storm could bring a storm surge and heavy rains to Louisiana.

Barry is now predicted to become a Category 1 hurricane shortly before making landfall Saturday, with maximum winds of 75 mph.

“Water will be the biggest threat,” the National Weather Service office in New Orleans says. The agency has issued a flash flood warning for a wide area from Gulfport, Miss., to New Orleans and west of Baton Rouge. That warning is in effect through Sunday morning.

Forecasters say the tropical storm could bring a storm surge of 3-6 feet to a coastal area that is already struggling to cope with massive amounts of floodwaters from inland rains that have gorged the Mississippi River in recent weeks.

Louisiana Gov. John Bel Edwards has declared a state of emergency for his entire state, warning, “No one should take this storm lightly. As we know all too well in Louisiana, low intensity does not necessarily mean low impact.”

Tropical Storm Barry is predicted to become a hurricane before making landfall along the Louisiana coast Saturday morning. 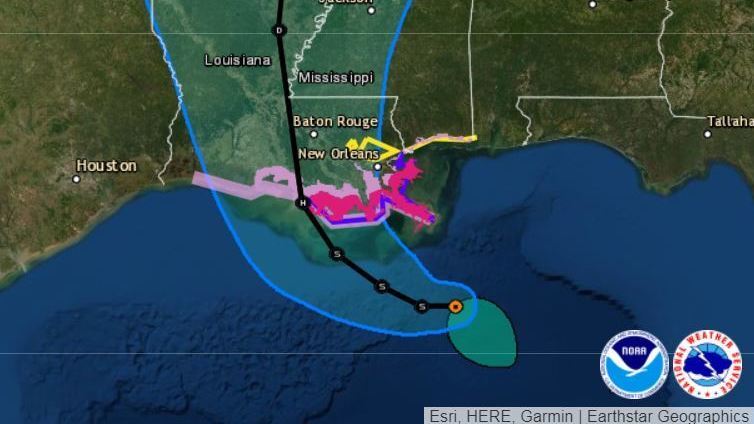 Tropical Storm Barry is predicted to become a hurricane before making landfall along the Louisiana coast Saturday morning.

In Jefferson Parish, the sprawling region west of New Orleans that extends from Lake Pontchartrain down to the gulf, residents of Grand Isle and other towns are coming under mandatory evacuation orders and curfews Thursday. To help keep the flow of traffic moving inland, officials suspended tolls shortly before those orders took effect.

Jefferson Parish residents are also being urged to make sure leaves and other debris are cleared away from storm drains and catch basins, to help drain water from neighborhoods.

“It’s one little thing that everyone can do that makes a difference,” Councilwoman Jennifer Van Vrancken said during a news conference Thursday.

The system is currently some 95 miles south-southeast of the Mississippi River’s mouth in Louisiana. On Thursday morning, its maximum winds were only 40 mph — but the storm is expected to strengthen as it creeps to the west and north.

Louisiana officials have already begun preparations. As member station WWNO reports, LSU is shutting down its campus on Friday and officials are telling residents along the coast to “heed every single warning” about what will is expected to be a dangerous storm.

The last storm named Barry stalled out as a tropical storm in 2013; this one could become a hurricane within 48 hours.

“Hurricane conditions are possible across the north-central Gulf Coast in a couple of days,” the National Hurricane Center says.

The center has issued three alerts for the expected storm:

In addition, the hurricane center says that “a tornado or two are possible tonight and Friday across southern portions of Louisiana and Mississippi.”

Forecasters say the system likely will drop more than a foot of rain in some areas, predicting “accumulations of 10 to 15 inches near and inland of the central Gulf Coast through early next week, with isolated maximum rainfall amounts of 20 inches.”

The storm is moving at only 5 mph. Forecasters expect it to maintain a slow pace, producing a “long duration heavy rainfall threat long the central Gulf Cost and inland through the lower Mississippi Valley through the weekend and potentially into early next week.”