Three Killed As Violent Tornadoes Cause ‘Devastation’ In Missouri

This still image taken from video provided by Chris Higgins shows a tornado on Wednesday in Carl Junction, Mo. The tornado caused some damage in the town of Carl Junction, about 4 miles north of the Joplin airport. 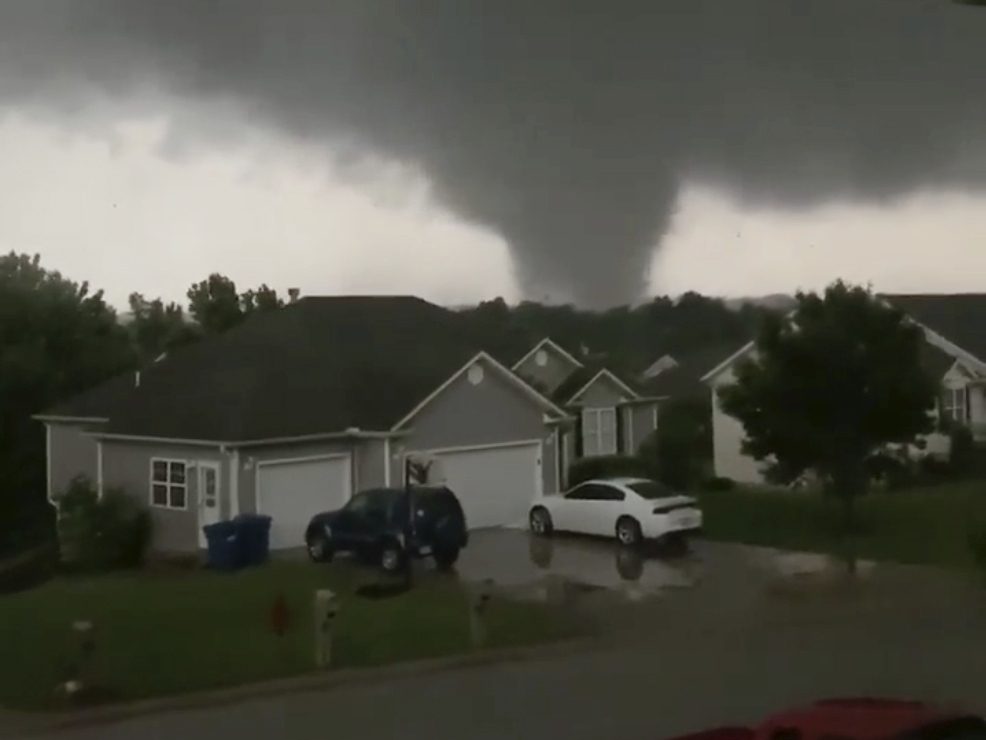 This still image taken from video provided by Chris Higgins shows a tornado on Wednesday in Carl Junction, Mo. The tornado caused some damage in the town of Carl Junction, about 4 miles north of the Joplin airport.

He added: “But three is too many.”

The National Weather Service confirmed that Missouri’s capital, Jefferson City, was hit by a “violent tornado.” The tornado prompted an unrelenting stream of 911 calls. Medical personnel have taken about 20 people countywide to local hospitals, but none with “serious” injuries, officials said. The Red Cross has set up shelters throughout the city, local ABC affiliate KMIZ reports.

In Jefferson City, the greatest damage occurred in a 3-square mile area in the southern part of the city. Multiple buildings were damaged, including a large apartment complex; the roofs of several Jefferson City school buildings sustained heavy damage. Local media reported that emergency crews in Jefferson City were attempting to rescue people trapped in buildings, but downed power lines were making rescue difficult.

“We’re doing okay but praying for those that were caught in damage,” Gov. Mike Parson said. “Some are still trapped.”

The tornado was a “wedge” tornado, which is wider in its funnel than it is tall, according to The Washington Post. It moved at 40 mph through the city, shooting debris 13,000 feet into the air.

At one point power was out for more than 13,000 customers in the metro area, with seven gas leaks reported.

A car is trapped under the fallen metal roof of the Break Time gas station and convenience store in tornado-hit Jefferson City on Thursday. 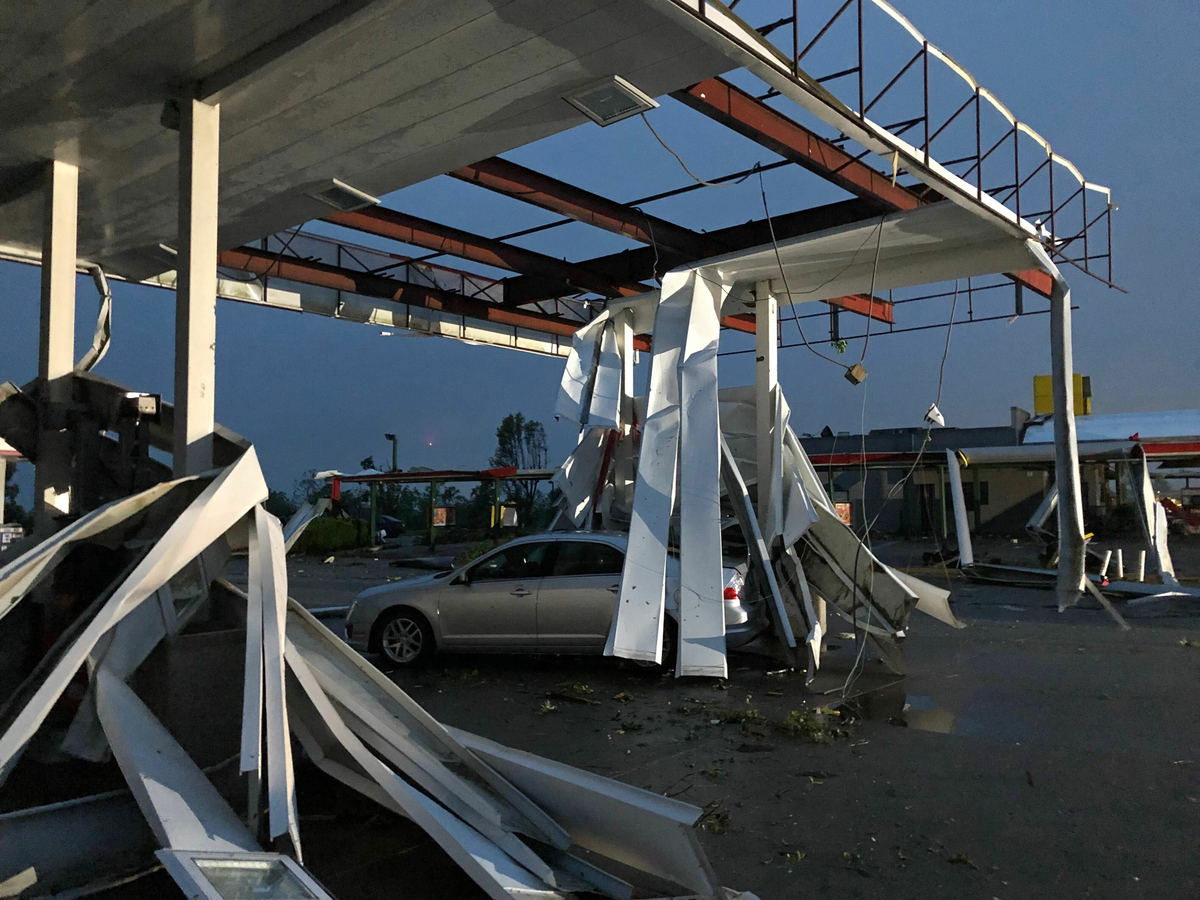 A car is trapped under the fallen metal roof of the Break Time gas station and convenience store in tornado-hit Jefferson City on Thursday.

“Damage reports coming in from Jefferson City are heartbreaking,” KOMU meteorologist Matt Beckwith said, noting reports of people trapped in their basement. He added: “If you believe in prayer please pray.”

“Everything from debris from a rooftop into a street, uprooted trees, we’ve had damage to vehicles, roofs of businesses,” Lt. David Williams of the Jefferson City Police Department told reporters. “We are going door-to-door to make sure that everyone is accounted for,” Williams said, noting that no one has been reported missing.

No looting or vandalism has been reported, Williams said, but officers will be stationed to prevent against potential looting.

“The buildings here are crushed,” KMIZ reporter Ashley Strohmier said, reporting from Ellis Boulevard near Route 54. “Roofs are collapsed. Trees are on buildings.”

“The power lines have crushed — absolutely crushed — Riley Chevrolet’s cars up front,” Strohmier continued. “It looks like their service building is completely wiped out. There is a semi truck that is flipped over.”

After the storm hit, “people were crying and running from the apartments, asking where their loved ones were,” she said.

Another KMIZ reporter, Sara Maslar-Donar, noted that the back part of a daycare building was “completely destroyed” and a gas station was “ripped apart.” She called it “just a small sampling of the devastation that we’re seeing.”

Major tornados across state tonight, including Jeff City. We’re doing okay but praying for those that were caught in damage, some are still trapped – local emergency crews are on site and assisting.

Earlier, at least three people were killed and several injured after a tornado touched down near Joplin, Mo., late Wednesday.

This tornado touched down eight years to the day after another tornado in Joplin killed more than 150 people, injured more than 1,000, and destroyed a third of the city. That was the deadliest tornado to hit the U.S. in more than 60 years.