This Company Says The Future Of Nuclear Energy Is Smaller, Cheaper And Safer 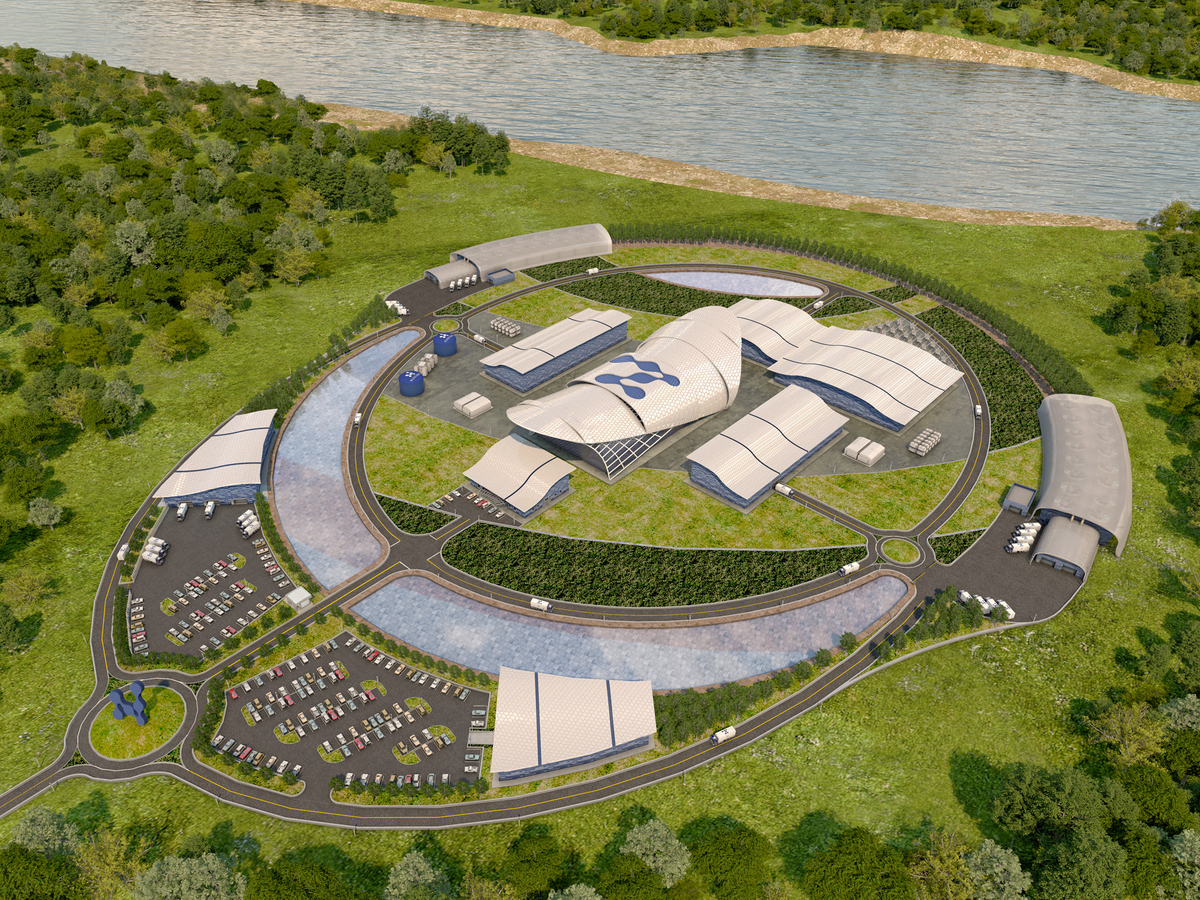 Nuclear power plants are so big, complicated and expensive to build that more are shutting down than opening up. An Oregon company, NuScale Power, wants to change that trend by building nuclear plants that are the opposite of existing ones: smaller, simpler and cheaper.

The company says its plant design using small modular reactors also could work well with renewable energy, such as wind and solar, by providing back-up electricity when the wind isn’t blowing and the sun isn’t shining.

The 98 nuclear reactors operating in the country now are large because they were designed to take advantage of economies of scale. Still, many are at risk of closing in the next decade, largely because they can’t compete with less expensive natural gas and renewable energy.

To respond to this dilemma, “we’ve developed economies of small,” says Jose Reyes, chief technology officer and co-founder of NuScale.

Instead of one big nuclear reactor, Reyes says his company will string together a series of up to 12 much smaller reactors. They’d be built in a factory, and transported by truck to a site that’s being prepared at the same time.

“You’re making your [reactor] pool and all that stuff on-site,” says Reyes. “In parallel, you’re manufacturing the modules, and then that cuts the construction schedule to about half.”

NuScale Power’s simulator in Corvallis, Oregon, was designed to show regulators the company can operate 12 reactors from one control room. 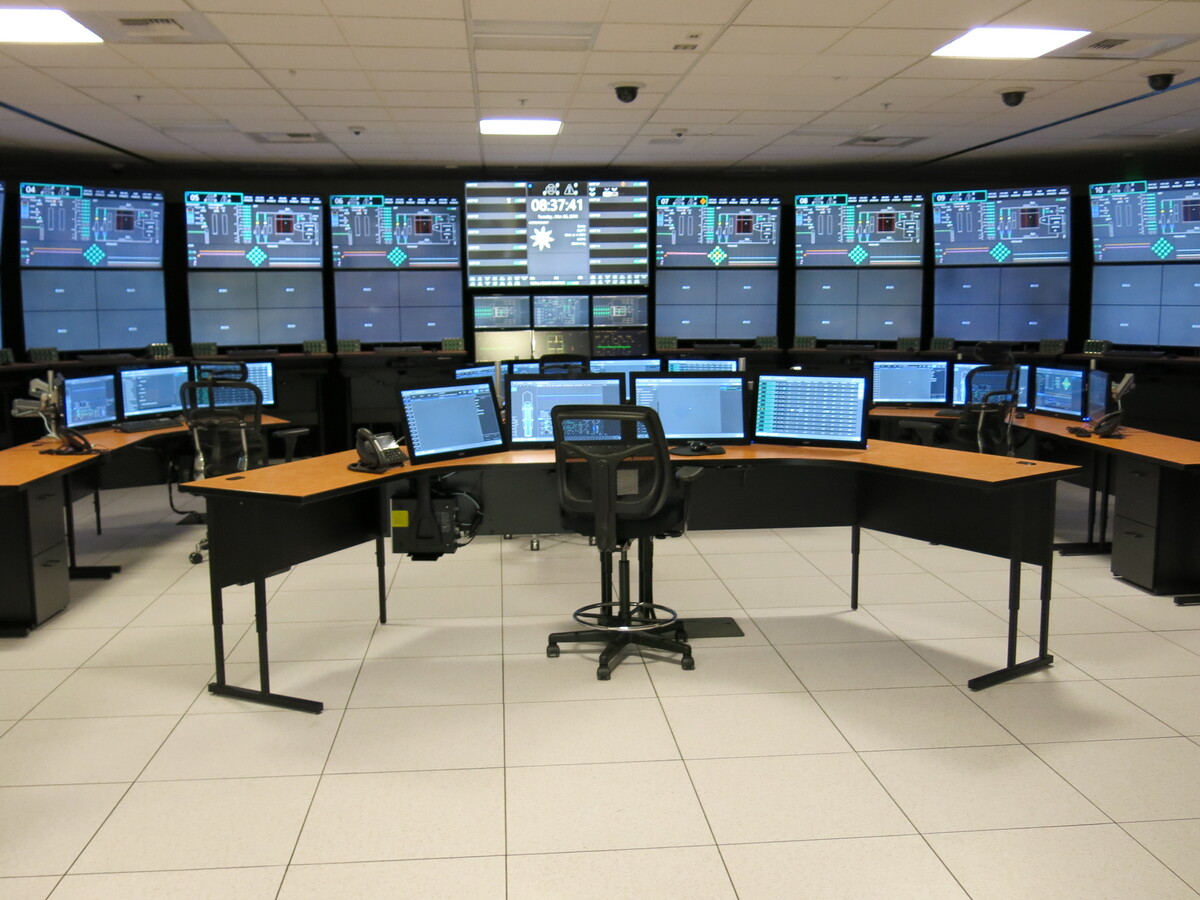 NuScale Power’s simulator in Corvallis, Oregon, was designed to show regulators the company can operate 12 reactors from one control room.

NuScale says it also has simplified how the plants are operated in ways that make them safer.

The Fukishima disaster in 2011 happened when a tsunami knocked offline the emergency generators that cooled the reactors and spent fuel, leading to reactor meltdowns.

“We’ve looked at ways the systems have failed in the past and tried to remove those kind of failure modes from our design,” says Karin Feldman, vice president for the company’s Program Management Office.

NuScale’s design doesn’t depend on pumps or generators that could fail in an emergency because it uses passive cooling. The reactors would be in a containment vessel, underground and in a huge pool of water that can absorb heat.

A back-up power source for wind and solar

The organization was looking for a carbon-free source of electricity to generate power when intermittent sources, such as solar panels and wind turbines are offline. And it turns out NuScale’s modular design is good for that.

Big nuclear reactors run all the time, but NuScale’s collection of smaller reactors can be ramped up and down relatively quickly. Batteries can back-up intermittent sources of renewable energy, too, but UAMPS CEO Doug Hunter says NuScale’s reactors are cheaper.

“Each module would have enough fuel in it for up to two years of operations, so it’s like we’re a battery that has a two-year charge to it.,” says Hunter.

NuScale still must convince the Nuclear Regulatory Commission that its plant design is safe. The company cleared the first phase of that review last year.

Licensing this design is challenging. It’s so different from existing plants that regulations must be changed to accommodate it. That worries some watchdogs and critics.

“My concern about NuScale is that they believe so deeply that their reactor is safe, and doesn’t need to meet the same criteria as the larger reactors, that it’s pushing for lots of exemptions and exceptions,” says Edwin Lyman, acting director of the Nuclear Safety Project at the Union of Concerned Scientists.

Lyman argues that even with its passive safety design, things could go wrong. He’ll be among those watching regulators closely as NuScale pushes to have its first power plant built and operating in 2026.