Jill Biden, wife of former vice president and 2020 Democratic presidential candidate Joe Biden, spoke to NPR about her new book and her husband’s recent overture to Anita Hill. “He apologized for the way the hearings were run. And so now it’s kind of — it’s time to move on,” she said. 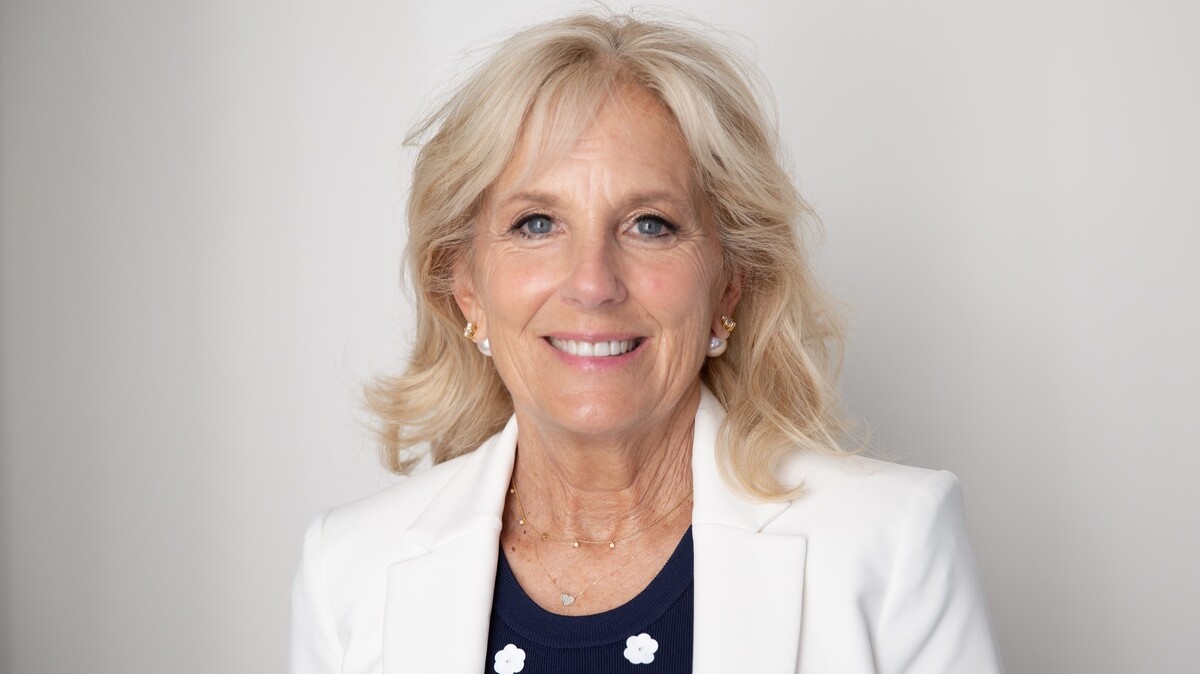 Jill Biden, wife of former vice president and 2020 Democratic presidential candidate Joe Biden, spoke to NPR about her new book and her husband’s recent overture to Anita Hill. “He apologized for the way the hearings were run. And so now it’s kind of — it’s time to move on,” she said.

Jill Biden is accomplished in her own right — she holds two master’s degrees and a doctoral degree. But then, her husband is the former vice president and a top contender for the Democratic presidential nomination for 2020.

And so while she has maintained her own career, she has also taken her husband’s aspirations in stride.

As the former vice president has launched his presidential campaign, she’s had to prepare for the massive commitment required for a White House run, along with the scrutiny. That’s meant defending her husband against uncomfortable accusations, both old and new.

When it comes to the recently renewed controversy over how Joe Biden led the 1991 Supreme Court confirmation hearings for Clarence Thomas, in which law professor Anita Hill accused Thomas of persistent sexual harassment, Jill Biden tells NPR’s Rachel Martin in part, “It’s time to move on.”

Biden talked Martin about her new book, Where The Light Enters, as well as her husband’s presidential run.

On Vice President Biden’s role in the Clarence Thomas hearings

Joe Biden’s role in the Thomas confirmation hearings is one of the darkest clouds hanging over Biden’s 2020 bid. At the time of the hearings, Biden chaired the Senate Judiciary Committee, and has faced heavy criticism over his handling of the hearings — particularly because of corroborating witnesses who were not called to appear before the committee to back up Hill’s story.

In recent weeks, Joe Biden called Anita Hill, but in an interview with the New York Times, she wouldn’t say she considered that call an “apology.” After telling ABC’s The View, “I don’t think I treated her badly,” Biden also recently told ABC’s Good Morning America, “I take responsibility that she did not get treated well. I take responsibility for that.”

Biden: I watched the hearings like most other Americans, and so I mean Joe said, as I did, we believed Anita Hill. He voted against Clarence Thomas. And as he has said, I mean he’s called Anita Hill, they’ve talked, they’ve spoken, and he said, you know, he feels badly. He apologized for the way the hearings were run. And so now it’s kind of — it’s time to move on.

Martin: Why did he wait until [just before] he was running for president to call her?

Martin: Did you encourage him to make that overture?

Biden: No, that was his decision.

On accusations to Vice President Biden of unwanted touching

Lucy Flores, a former Nevada Democratic assemblywoman, accused Joe Biden this year of kissing the back of her head and sniffing her hair at a 2014 event, when she was a candidate to be Nevada’s lieutenant governor. It was the first of several similar accusations Biden faced in the weeks leading up to his campaign launch.

Joe Biden responded with a video saying “governing, quite frankly — life for that matter — is about connecting” — words that Jill Biden echoes here. He also said “I get it” and said he would change how he campaigns. (Shortly after that video, however, Biden joked about the controversy at a campaign event.)

“He connects with people. And I think that’s one of his strengths. And he heard [Lucy Flores] loud and clear, and he said he would take responsibility and he would you know honor people’s space.

“And I write about that in my book, when I talked about when I met the Biden family and they were different. They were a very affectionate family. My family wasn’t that affectionate. So that took me a little while to get used to that, but then I saw how Joe connected with people.

On connecting with other parents who have lost children

In her interview with NPR, Jill Biden spoke about dealing with the pain of his illness and the lessons it taught her: “I lived a double life — I spent a lot of time at the hospital every day at the hospital and then I have to go teach and then come back or have to go to an event and then come back to the hospital. So it was hard, and that’s what I try to get across to my students — that you really acts of kindness are so important, because you never really know what’s behind someone’s smile.”

Martin: You write that you can almost see this pain in other people and how they carry themselves.

Martin: How does it manifest?

Biden: Well, it’s strange, but I think I can see it in the eyes of people when they approach me, and a lot of mothers who have lost their children do approach me. And I can see it, I can feel it even before they reach me, and it’s like I wrote in the book. like a secret handshake. It’s a secret society that nobody wants to be a part of, but we offer one another comfort because we know the pain that we still feel.

On maintaining her career

Jill Biden has taught for decades, at both the high school and college level. During that career, she earned two master’s degrees and then in 2007, earned her doctoral degree in educational leadership. During the Obama presidency, she continued teaching at Northern Virginia Community College.

“I always wanted a career. And so I was able to — once I established myself as the boys’ mother and I think that they felt secure and loved — I decided to go back to teaching, so I sort of dipped my toe back in, I started back part-time and then I went full-time. And you know, I think that made me a happier person that I was doing my professional life, doing my career, doing what I love, my passion, and Joe always supported that.

Simply continuing to work may not seem notable, but as the Los Angeles Times reported in 2009, she is “thought to be the first second lady to hold a paying job while her husband is in office.”

“I just had to keep teaching, and once we were elected I said to Joe, ‘I can’t do your life. I have to be true to who I am and I want to keep teaching,’ and Joe said, ‘Yes, you should.’ So honestly, five days, seven days after the inauguration, I was in the classroom, and I taught the entire time.”