Tennessee Sen. Lamar Alexander, A Bipartisan Dealmaker, Will Retire In 2020

Sen. Lamar Alexander, R-Tenn., speaks at the unveiling of the official portrait of Tennessee Gov. Bill Haslam. Alexander said Monday he is not running for re-election in 2020. 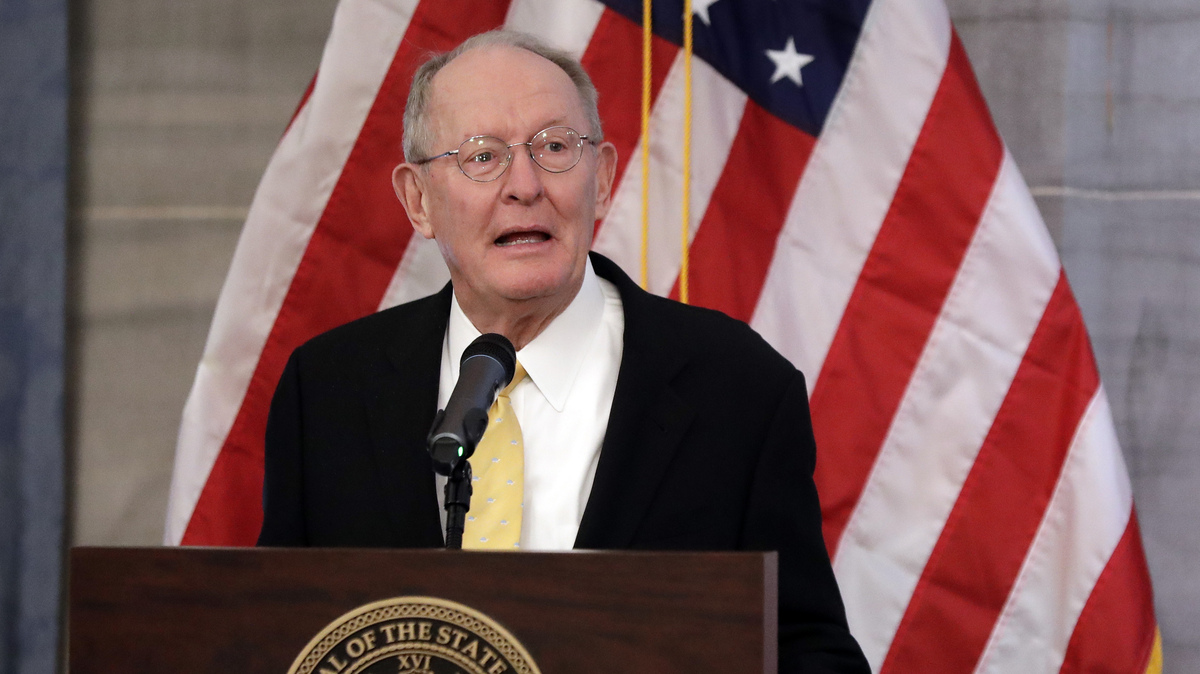 Sen. Lamar Alexander, R-Tenn., speaks at the unveiling of the official portrait of Tennessee Gov. Bill Haslam. Alexander said Monday he is not running for re-election in 2020.

Tennessee Republican Lamar Alexander, one of the few pragmatic dealmakers left on Capitol Hill, is the first senator to announce he won’t run for re-election in 2020.

“The people of Tennessee have been very generous, electing me to serve more combined years as Governor and Senator than anyone else from our state. I am deeply grateful, but now it is time for someone else to have that privilege,” the longtime politician said in a statement. “I have gotten up every day thinking that I could help make our state and country a little better, and gone to bed most nights thinking that I have. I will continue to serve with that same spirit during the remaining two years of my term.”

Alexander is currently the chairman of the Senate Health, Education, Labor and Pensions Committee. He worked with his Democratic counterpart, Washington Sen. Patty Murray, on a bipartisan plan to stabilize the Affordable Care Act, though that effort would ultimately fade as the GOP and the White House unsuccessfully tried to push through their own replacement plan last year.

His exit will also have ramifications for the seniority in the Tennessee delegation, with his colleague Sen. Bob Corker set to retire at the end of the year. The outgoing lawmaker praised Alexander in a statement as “the legislator of the decade because of the effective way he has worked across the aisle to pass legislation that directly affects the lives of so many throughout our state and around the country.”

Possible candidates could include the outgoing Haslam, who passed on a bid to succeed Corker, or incoming Rep.-elect Mark Green, whom the conservative Club For Growth urged to run in a statement. Green, a physician, sparked controversy last week when he claimed without any evidence hat vaccines could cause autism; Alexander later tweeted a video of him from a congressional hearing praising vaccinations, saying they “save lives.” Outgoing Rep. Diane Black or businessman Randy Boyd, who both lost in the GOP primary for governor this year, could also mull a run.

Alexander has been a mainstay in Tennessee and national politics for decades. First elected governor in 1978, during the campaign he famously walked more than 1,000 miles across Tennessee in what would become his signature red-and-black-checked flannel shirt. After serving two terms, Alexander would go on to become the president of the University of Tennessee and was later chosen by President George H.W. Bush to be his secretary of Education.

Alexander ran unsuccessfully for president twice in both 1996 and 2000, and his campaigns never really caught fire. But when Sen. Fred Thompson announced he wouldn’t run for re-election to the Senate in 2002, Alexander defeated a conservative challenger in the primary and went on to win relatively easily that fall. He served as chairman of the Senate Republican Conference during his tenure, but he stepped down from that role in 2012 saying he wanted to work more on policy issues across the aisle. He faced a conservative Tea Party-backed primary challenger in 2014 as well, and while he won, he was still held below 50 percent and also lost his home of Blount County.