Devin Sloane, right, arrives at federal court in Boston for sentencing in a nationwide college admissions bribery scandal, on Tuesday. Sloane admitted to paying $250,000 to get his son into the University of Southern California as a water polo player. 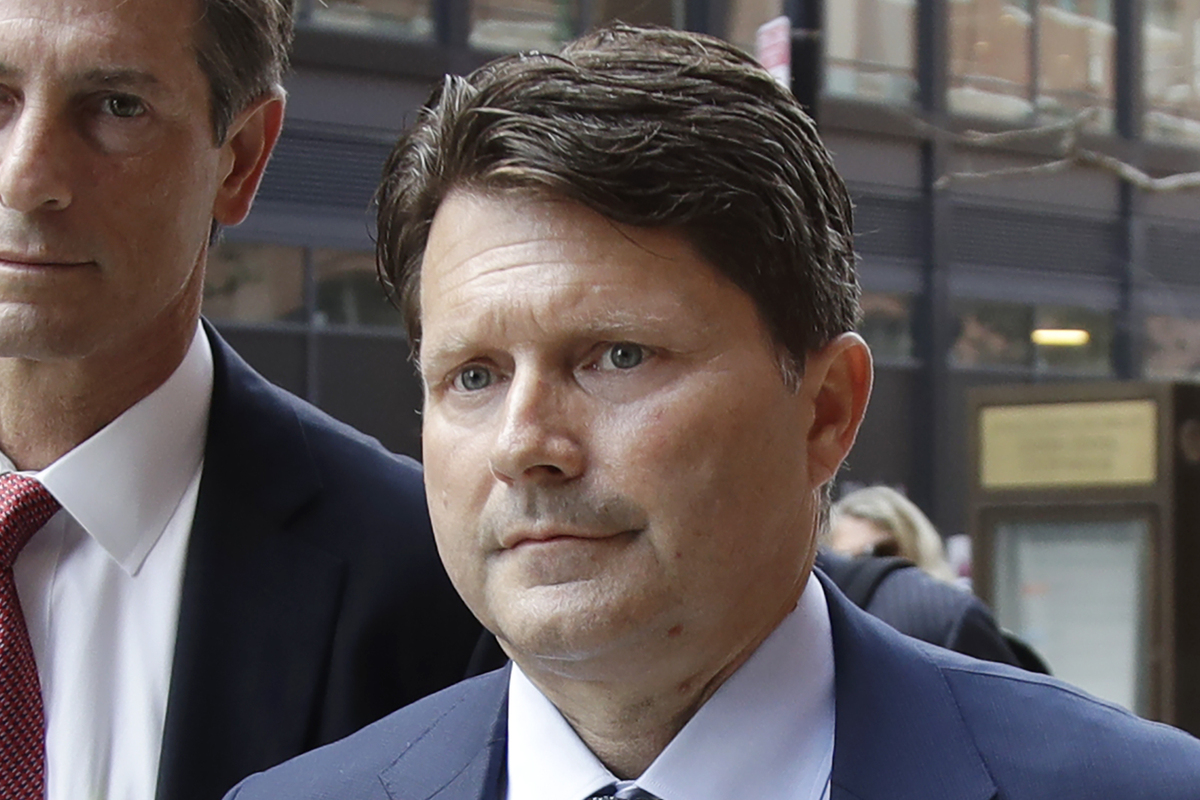 Devin Sloane, right, arrives at federal court in Boston for sentencing in a nationwide college admissions bribery scandal, on Tuesday. Sloane admitted to paying $250,000 to get his son into the University of Southern California as a water polo player.

A California businessman was sentenced on Tuesday to four months in prison, and ordered to perform 500 hours of community service and pay a fine of $95,000 for his role in the multimillion-dollar college admissions fraud scheme.

Devin Sloane, 53, admits he paid $250,000 to get his son into the University of Southern California as a fake water polo recruit. He is one of 15 parents who have pleaded guilty in the bribery scandal FBI investigators call “Operation Varsity Blues.”

In court on Tuesday, Sloane choked up saying he was doing what he thought was best for his son. The judge dismissed that idea, wondering whether he and other parents secured spots for their own status.

Earlier this month the same federal judge sentenced actress Felicity Huffman to two weeks in prison for paying a test administrator $15,000 to correct her oldest daughter’s SAT answers. In all, 52 defendants — including 35 parents — were charged in the admissions probe.

On Tuesday, Prosecutor Eric Rosen explained how Sloane purchased water polo equipment, including a Speedo, water polo ball and Italy flag cap, and put his son in the family pool to stage water polo photos that were doctored to gain admission to the university.

Sloane then sent the photos to William “Rick” Singer, the consultant who masterminded the fraud scandal, and wrote, “Hope this works.”

Rosen said Sloane used his dead mother as a prop for a fake donation and expressed outrage when high school counselors questioned why his son, who did not play water polo, was being recruited to play college water polo. Sloane’s participation in the college bribery scheme, Rosen said, did not end “at the edges of his family’s infinity pool.”

Sloane was one of at least 50 people charged in the admissions scheme, which included actresses Felicity Huffman and Lori Loughlin. Earlier this month, Huffman was sentenced to 14 days in prison, 12 months of supervised release, 250 hours of community service and a $30,000 fine. Prosecutors had asked that Huffman be sentenced to a month in prison, saying she acted “out of a sense of entitlement, or at least moral cluelessness.” She is expected to report to prison on Oct. 25.

Loughlin and her husband, fashion designer Mossimo Giannulli, have pleaded not guilty and are fighting federal charges including conspiracy to commit fraud and money laundering.

Singer, who masterminded the scheme, pleaded guilty in March to charges of racketeering conspiracy, money laundering conspiracy and conspiracy to defraud the United States, and obstruction of justice. He is awaiting sentencing.

Kirk Carapezza of member station WGBH contributed to this report.