March 1950: Louis Armstrong plays trumpet in his dressing room before a show in New York. 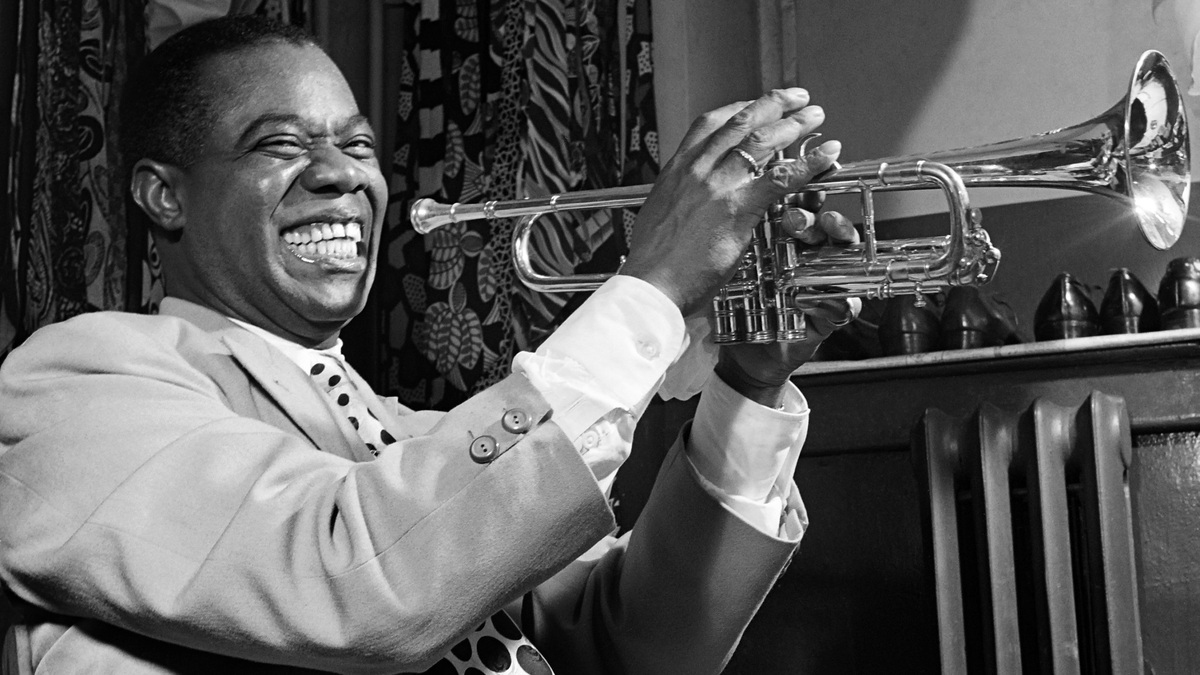 March 1950: Louis Armstrong plays trumpet in his dressing room before a show in New York.

Louis Armstrong has served as the focus of many works of literature. Now, a few seconds of old film that appear to feature Armstrong as a teenage boy have captivated jazz journalist James Karst. If Karst’s theory is correct, the clip from 1915 shows Armstrong at a turning point in his early life — years before he became famous and eventually legendary around the world.

Karst tells NPR’s Scott Simon that he stumbled upon the alleged clip of Armstrong on the Getty Images website. For the first beat of the eight-second clip, apparently taken from a newsreel, pedestrians cross a busy New Orleans street in 1915. Then, the boy who Karst suspects to be a 13 or 14-year-old Armstrong enters the shot.

“A couple of seconds into this film clip, a newsboy walks into the scene,” Karst describes. “His back is facing the camera at first. And then he turns around, and you can see that he’s holding a newspaper — what I believe to be the New Orleans Item, an afternoon paper. And he briefly engages the camera, smiles and then he turns around and keeps going.”

When Karst saw the clip, its possible significance occurred to him instantly. “I saw it and immediately recognized that Louis Armstrong, when he was a young man in this very year, was a newsboy in New Orleans, and was one of, apparently, relatively few black newsboys in New Orleans in this location,” he says. Karst immediately set out to determine whether or not this newsboy was in fact Armstrong.

From there, Karst got to work piecing together bits of evidence to support his hunch. He reached out to Dr. Kurt Luther, a professor at Virginia Tech University known for his work identifying people in Civil War-era photographs, for advice, and compared the facial features of the boy in the video to those seen in the earliest known images of Armstrong. Karst also accessed census records to verify the small number of black newsboys on the New Orleans records at the time the film was taken.

At the time, Karst says, Armstrong would have recently been released from a boys’ reformatory where he had been sent for shooting a pistol into the air — this reformatory is also where Armstrong played in the marching band and received his first formal music instruction. As Karst says, after coming out of the reformatory in June of 1914, Armstrong found work as a newsboy to help support his family, who lived in poverty.

Karst says he’s been surprised to find that others largely accept his suggestion, which was published in a magazine of the Louisiana Endowment for the Humanities. “I fully expected people to try to pick it apart.”

According to Karst, there is one evident clue on the boy’s face in the clip: “The beautiful Louis Armstrong smile that later became famous.”

Listen to the entire interview at the audio link.