A computer illustration of the virus that causes smallpox. The virus was eradicated in 1980 but live samples are kept in two labs for research. 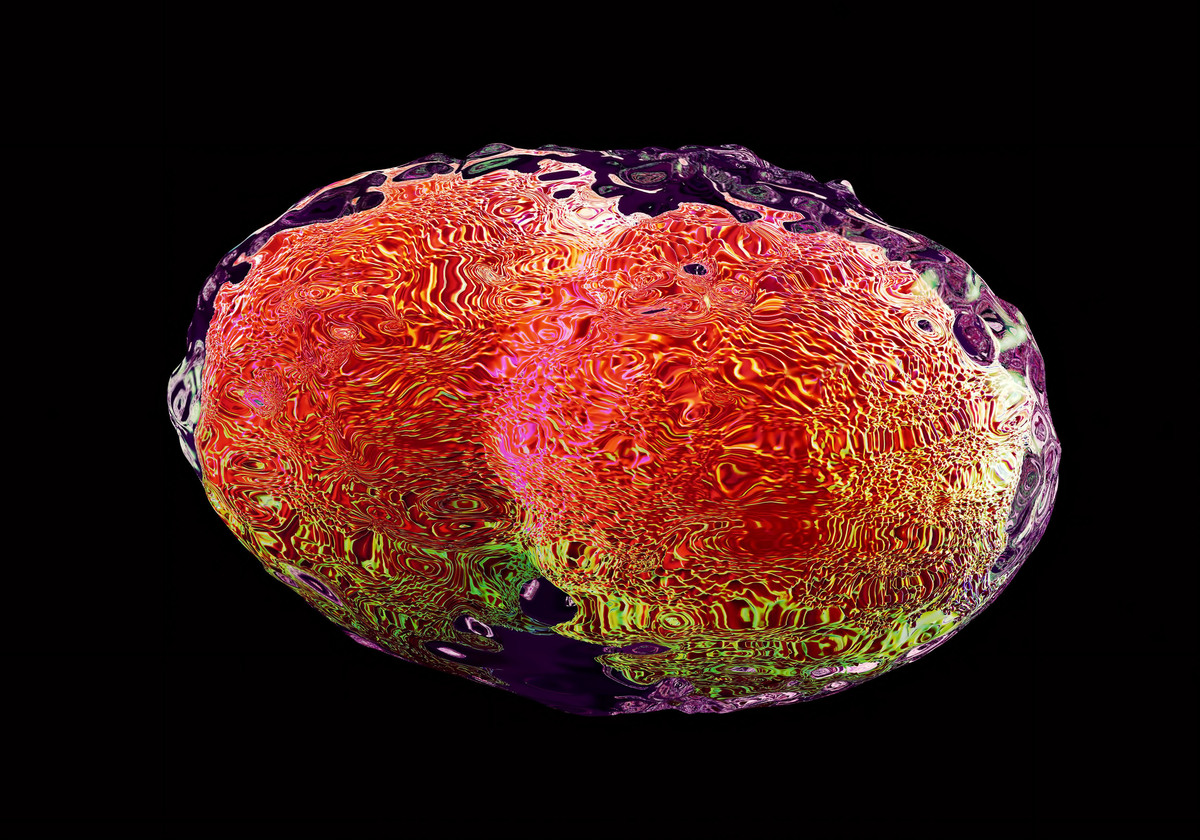 A computer illustration of the virus that causes smallpox. The virus was eradicated in 1980 but live samples are kept in two labs for research.

An explosion this week in a Russian lab, one of only two labs in the world known to store live samples of the variola virus, which causes smallpox, has raised anew questions that have been asked since the disease was eradicated in 1980.

Should humankind hold onto the live virus in order to conduct research on tests, treatments and vaccines in case smallpox were to reemerge?

Or is it more prudent to destroy all samples of the live virus to avoid any accidental or intentional release and instead rely on sequenced gene fragments for further research?

(Note to concerned readers: One worker was injured in the gas explosion at the Russian lab, in the Siberian city of Koltsovo, and was hospitalized after the blast. But according to news coverage and the World Health Organization, the explosion did not occur near the smallpox or other virus stockpiles; they remain intact and secure.)

Soon after smallpox was eradicated, the World Health Organization consolidated the remaining stocks of variola virus to two labs, the Russian State Centre for Research on Virology and Biotechnology and a lab at the Centers for Disease Control and Prevention in Atlanta.

WHO decided that the stocks should be ultimately destroyed – but not right away. The reason for the delay was to give researchers time to develop countermeasures — new and improved tests, treatments and vaccines based on information gleaned from the live virus samples — in case smallpox were to reemerge through a lab accident or bioterrorism. In 1999, the WHO Advisory Committee on Variola Virus Research (ACVVR) was formed to oversee the research; its 16 experts present a yearly report to the World Health Assembly, WHO’s decision-making body, which has so far delayed a decision on when to destroy the smallpox stocks.

The reason for this caution is based on the nature of the disease. Smallpox causes fever, convulsions and painful blisters all over the body. And it is quite deadly. By some estimates, smallpox has killed more people than every other infectious disease combined – 300 million since 1900, according to some sources. Even in its waning days, before intensive vaccination campaigns wiped it out in Africa, Asia and South America, where it still lingered, the fatality rate was 30% or more­­.

The virus can spread when an infected person coughs or sneezes during prolonged face-to-face contact with someone. The virus is also found in the scabs that are a hallmark of smallpox; the virus can be transmitted by direct contact with the fluids within the scabs as well as by contact with body fluids of a person with smallpox or items they have touched, such as bedding.

In the past two decades, WHO has approved research using the live virus that has resulted in new diagnostics to test for the virus, the first ever treatment for smallpox, approved by the FDA in 2018, as well as work on new vaccines to prevent smallpox, including one being tested on health-care workers in the Democratic Republic of the Congo to prevent monkeypox, a viral cousin of smallpox. New vaccines are needed to be sure all known smallpox strains are covered and because the commonly used vaccine, though effective, caused severe side effects in some people: for example, fatigue, shivering and swollen, painful, or tender lymph glands in the neck, armpit or groin.

So far there has been no clear consensus on the future of the live virus samples. The members of the ACVVR are divided. During their most recent meeting, in September 2018, most said that samples of live virus are still needed for development of another antiviral drug with a different method of action than the one approved by the FDA — in case there is resistance to the first drug.

Those on the side of destroying the stocks say new drugs and vaccines could be tested using gene fragments that have been sequenced from the live virus as well as on similar viruses like monkeypox. “There is no such thing as 100% certainty regarding the potential for inadvertent release,” says Dr. Jeffrey Duchin, a member of the board of the Infectious Diseases Society of America and the health officer for public health in Seattle King County in Washington State. He has long supported destroying the stocks.

But Dr. Inger Damon, who directs the CDC’s work on smallpox and is in charge of its smallpox stocks, believes there is still more to be gained by continuing research on the live virus. “When I started [research work on the virus] in 1999 the conjecture was there were two [genome] sequences near completion and no need to sequence anymore,” said Damon. Since then researchers have found 45-plus additional strains.

“We want to make sure we have sufficient public health measures for the global community,” says Damon. The explosion in Russia does not make her think that the stocks should be destroyed more quickly.

But the explosion will likely be on the agenda when the ACVVR next meets at the end of October. “It would be reasonable to suppose this incident may be raised by [committee members] for further discussion in the context of global health security,” says Dr. Rosamund Lewis, head of the WHO Smallpox Secretariat in a statement to NPR. “At every meeting of the Advisory Committee… the two [labs] provide a full update on the status of the virus stocks and any significant events and emerging issues.”

So far, the Russian incident has not led to any changes in protocol. The labs are inspected every two years; the Russian lab was last visited in January. “As the smallpox lab was not directly affected, no interim inspection is presently planned, pending further clarification of the circumstances and impact of the incident,” says Lewis. who expects the heads of the Russian lab will review the accident “so as to mitigate any future risk to their installations.”

Lewis says WHO will continue to closely monitor the conditions under which variola virus is stored and handled. “The nature of the risks identified and mitigating measures will be taken into account in future inspections,” Lewis says in her email to NPR.

Even before the Russian lab explosion, a timeline was already on the minds of the committee members. Sylvie Briand, director of the department of infectious hazards management at WHO, told NPR this summer that based on her assessment of the committee’s discussions, the smallpox stocks could possibly be destroyed in three to five years.

And there is new pressure from the medical community to take that step. An editorial published in The Lancet Infectious Diseases in June pointed out that one institute that had stored stockpiles of an animal virus called rinderpest had destroyed their cache and that the government of France was considering doing the same thing.

“And in the future,” ask the editorial writers, “what might happen for polio? For mumps? For measles? Destruction of all stocks should be the ultimate goal of eradication. What is needed are clear requirements for exactly what medical countermeasures are required before that final step is taken.”

Fran Kritz is a health policy reporter based in Washington, D.C. Her work has appeared in The Washington Post and Kaiser Health News. Find her on Twitter @FranKritz