Restaurants Would Get More Flexibility With Workers’ Tips Under Proposed Rule

A new rule proposed by the Labor Department would allow employers to require waitstaff and others to share their tips with kitchen staff. But labor advocates say it could allow bosses to take advantage of their workers. 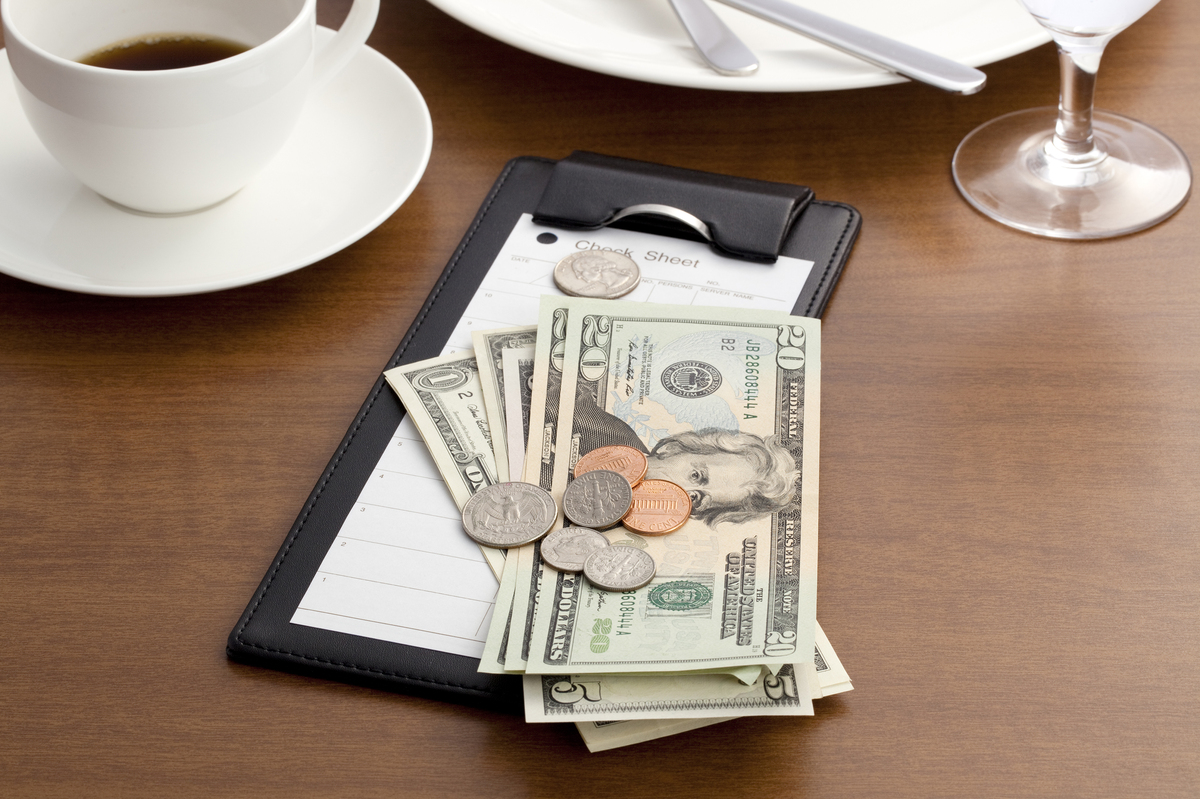 A new rule proposed by the Labor Department would allow employers to require waitstaff and others to share their tips with kitchen staff. But labor advocates say it could allow bosses to take advantage of their workers.

The Trump administration has proposed a new rule governing the wages of tipped employees, after an earlier effort sparked a backlash from waitstaff, bartenders and other workers.

The proposed rule from the Labor Department would allow employers to require more widespread sharing of tips with “back of the house” coworkers, such as cooks and dishwashers. The rule makes clear, however, that employers cannot pocket those tips or use them to reward managers and supervisors.

The rule would also give employers more flexibility in assigning non-tipped tasks to workers who rely on gratuities for a big part of their income.

The proposal was cheered by the restaurant industry. But workers’ advocates and some lawmakers say they still have some concerns.

“This rule establishes once and for all an appropriate balance, and ends arbitrary and capricious regulations,” said Angelo Amador, regulatory counsel for the National Restaurant Association. “We commend the U.S. Department of Labor for providing much needed regulatory clarity.”

The restaurant association tried for years to overturn a decades-old policy — codified by the Obama administration — that tips belong to the workers who receive them. In late 2017, the Labor Department proposed a rule to give business owners more authority to redistribute tips. Critics said the rule was written so broadly that owners could even keep tips for themselves.

Hundreds of thousands of people responded to the proposed rule, many of them critical.

It would allow restaurant owners to mandate tip-sharing with kitchen workers and others who traditionally have not been tipped, but only if all the workers are paid at least the minimum wage. Restaurants that pay tipped workers less than the minimum can only require tip-sharing with those who have traditionally shared in tip pools, such as busboys and hostesses. (Federal law allows employers to pay a sub-minimum wage of $2.13 an hour to tipped workers.)

The Labor Department estimates that more expansive tip pools could result in the transfer of as much of $213.4 million a year in tips from wait staff to kitchen workers, though the department says the actual transfer would likely be about half that much.

Critics say that amounts to an indirect transfer of money from tipped workers to business owners, who can then use less of their own money to compensate kitchen workers.

The proposed rule also relaxes guidelines for tipped workers who spend part of their workday doing non-tipped activities such as prep work or cleaning. In the past, workers had to be paid the minimum wage for that un-tipped side work if it took up more than 20% of their time. The proposed rule would allow employers to pay the sub-minimum wage for side work so long as it’s “contemporaneous with, or within a reasonable time immediately before or after” tipped work.

Judy Conti, director of government affairs with the National Employment Law Project, warned that standard is too vague and subject to abuse.

“We worry very much that this allows employers to take advantage without having any sort of guidance that they also need in order to ensure they’re doing the right thing,” she said.

Rep. Bobby Scott, D-Va., warned that doing away with the 20% rule would “strip tipped workers of an important protection against wage theft.”

The proposed rule “takes leverage away from a vulnerable group of workers while empowering bad-faith employers to take advantage of their employees,” said Scott, who chairs the House Committee on Education and Labor.

Scott suggested questions over un-tipped side work could be put to rest if the federal government simply phased out the sub-minimum wage. The Democratic-controlled House passed a bill in July to do that as part of a broader increase in the minimum wage, but the measure has stalled in the Senate.