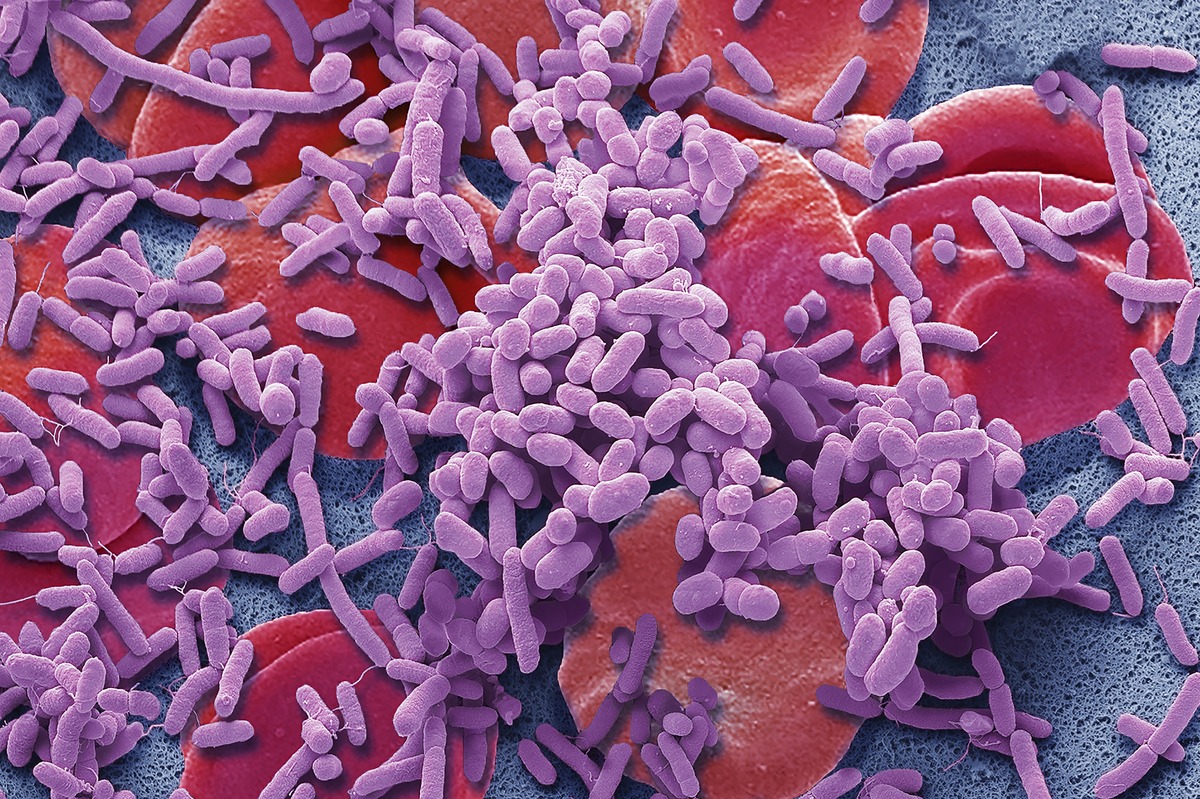 Bacteria (purple) in the bloodstream can trigger sepsis, a life-threatening illness.


An unusual state regulation that dictates how doctors need to treat a specific disease appears to be paying off in New York, according to a study published Tuesday.

The disease is sepsis, which is the most common cause of death in hospitals. And the regulations came into being after the story of 12-year-old Rory Staunton became a cause célèbre.

As his mother Orlaith Staunton tells it, Rory came home from school one day with a scrape he’d gotten in gym class. It didn’t seem like a big deal, but Rory’s health quickly took a turn.

His temperature spiked above 103 and he couldn’t keep anything down the next day, so she took him to their pediatrician in New York City.

The doctor decided Rory had the flu and sent him on to the hospital to get fluids. Staunton says doctors in the emergency room decided it was a simply a stomach bug and sent him home. But Rory kept getting worse.

“We brought him back into hospital — that was on Friday night — and he died on Sunday evening,” Staunton says. “He went straight into intensive care when we brought him back in. And it was after he died that we were told that he had died from sepsis.”

She says she’d never heard of sepsis, even though the illness strikes more than a million Americans a year and kills more than 250,000 annually.

Sepsis is an overreaction of the body’s immune system to an infection. Common symptoms include fever, chills, difficulty breathing and an elevated heart rate.

If the hospital had diagnosed Rory correctly during his first visit and treated him aggressively, he likely would have lived, Staunton says.

She and her husband, Ciaran, “were angry and we wanted to do something that would bring about some change in how sepsis was being diagnosed, and how people would know what sepsis was,” she says.

Rory Staunton, a boy from Queens, New York, whose death from sepsis at age 12 led to regulations that aimed to improve diagnosis and care.

And as a result of their efforts, Rory’s death in 2012 catalyzed action in New York State, which in 2013 imposed “Rory’s Regulations,” a directive to doctors and hospitals on how to treat sepsis. The key is rapid diagnosis, a prompt jolt of antibiotics, and careful management of fluids.

Jeremy Kahn, a critical care physician at the University of Pittsburgh who also studies health policy and management, says doctors like him don’t like to be directed how to treat their patients. They prefer to follow professional guidelines. But as is surprisingly common, doctors are slow to adopt best practices. And that’s true for sepsis.

“The decades of undertreating patients with sepsis has a bit weakened our position,” Kahn says, “and it’s time to be a little be more open about accepting about these regulatory approaches.”

But first Kahn and his colleagues wanted see whether the New York regulations really did make a difference. Sepsis death rates are declining nationwide, so the question is whether New York’s rules led to faster improvement compared with other states.

Kahn and his colleagues compared the rate of improvement in New York with that of other states and concluded that “these regulations had their intended effect of reducing mortality,” he says. The results were published in JAMA, the journal of the American Medical Association.

One reason some doctors have been reluctant to embrace the regulation is that it expects them to follow a specific set of practices, including a formula regulating how much fluid to infuse and when.

“There’s a lot of concern in the clinical community that this much fluid can harm at least some patients with sepsis,” Kahn says. While the rules overall may be saving lives, this element of them may actually be counterproductive. But doctors aren’t supposed to deviate from them.

There is still clearly room for improvement in treating sepsis, so rules need to be flexible enough to embrace improvements as they emerge, he says. “The evidence changes all the time, and when you enshrine [what is currently] ‘best practice’ into laws or regulations then you become less nimble.”

Another question is whether New York’s success would be repeated elsewhere. New York State started off much worse than many other states, so it’s possible the regulations simply helped the state catch up with others, he says.

“It does call into question what kind of impact these regulations will have in other states that may have better sepsis outcomes at baseline,” Kahn says.

That matters because a few other states have similar regulations or laws, and more than a dozen more are considering them. The Stauntons started a foundation, which is now trying to push this nationwide.

Orlaith Staunton says it just won’t do to leave it to the judgment of individual doctors.

“It’s not enough to say, ‘Leave it to me and I’ll recognize it when I see it,’ ” she says. “Because clearly it has not been recognized. I think good doctors will agree that this is something that needs to be regulated.”

She hopes the new scientific results will sway some of the doctors and hospitals who are resisting a government mandate.

“Because demands on nurses and physicians to provide rapid intensive care to patients in critical settings can affect patient treatment,” he wrote, “any strategy aimed toward reducing sepsis-related morbidity and mortality must be based on convincing evidence before being mandated by governmental regulations.”

You can contact NPR Science Correspondent Richard Harris at rharris@npr.org.