President Trump has a 41% approval rating, according to a new NPR/PBS NewsHour/Marist Poll. 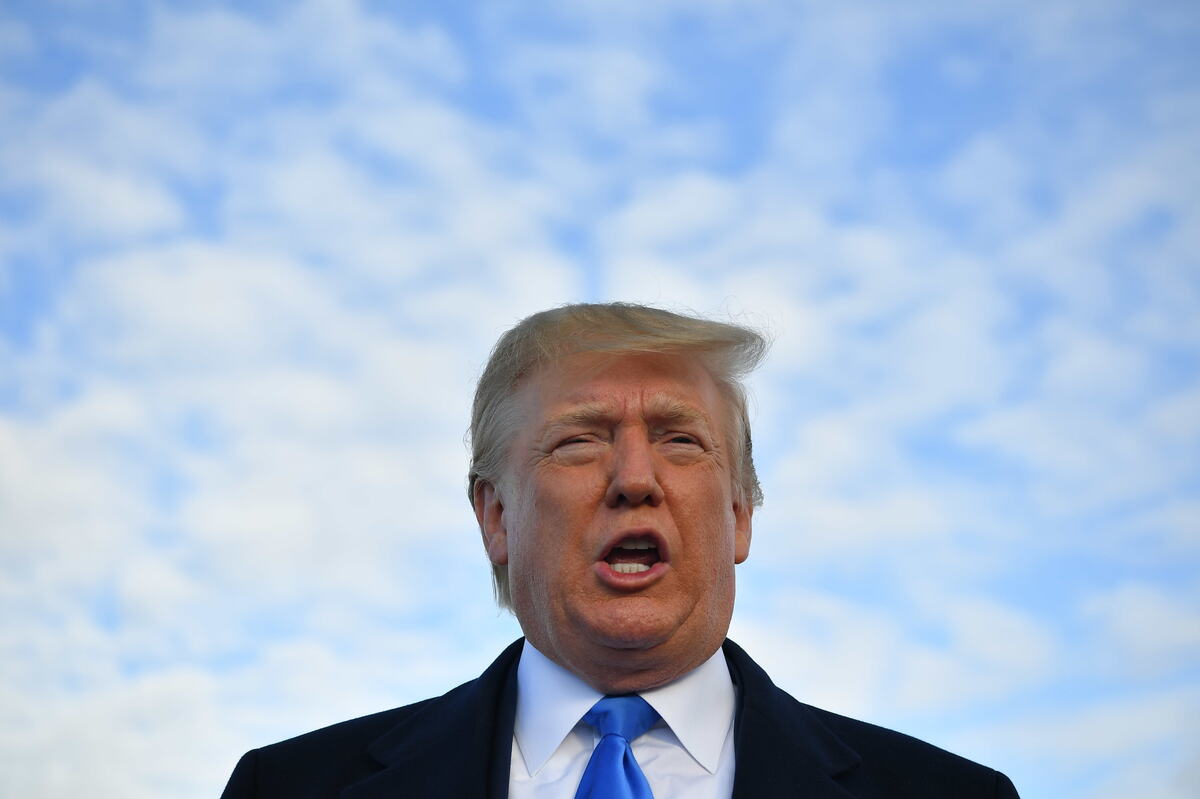 President Trump has a 41% approval rating, according to a new NPR/PBS NewsHour/Marist Poll.

There is a growing desire for impeachment proceedings to begin against President Trump, but Americans are still split overall on what to do after the release of the Mueller report, an NPR/PBS NewsHour/Marist Poll finds.

A slim majority of Americans (52%) want one of the following: to begin impeachment proceedings (22%), to continue investigations into potential political wrongdoing of Trump (25%) or to publicly reprimand him — that is, censure (5%).

Thirty-nine percent say no further action should be taken and that the current investigations should end. That is largely reflective of Trump’s base, as Trump maintains a 41% approval rating in the poll. (Trump’s approval rating in Marist’s polling has never been lower than 35%, which it hit right after the racist violence in Charlottesville, Va., in August 2017; or higher than 43%, which it reached in February 2019 as the unemployment rate dipped below 4%.)

“Right now, there’s a growing appetite [for impeachment], but still not at the full-course meal,” said Lee Miringoff, director of the Marist Institute for Public Opinion, which conducted the poll.

Shifts and splits in support for impeachment

The share that supports beginning impeachment proceedings is up from 16% a month ago — before former special counsel Robert Mueller spoke out about his probe into 2016 Russian election interference and the Trump campaign, but after the release of his report. The growth in support comes from a near doubling of the number of independents who say they want impeachment rather than continuing investigations, publicly reprimanding Trump or taking no further action.

Democrats are split as to whether impeachment should begin (36%) or investigations should continue (37%). House Speaker Nancy Pelosi, D-Calif., continues to try to hold the line against impeachment proceedings, saying she favors another I-word — investigations.

A growing number — but still a minority — of Democrats in the House are calling for impeachment proceedings. The number, by Axios’ count, is up to 60 members of Congress, including one Republican.

“So what you have is a unified base [of Trump supporters who want] to move on, and a splintered group … moving more in the direction of impeachment,” Miringoff said.

It’s worth noting that while less than a quarter support beginning impeachment proceedings, the results of the investigations could change those numbers, depending on what is revealed.

Take Watergate, for example: In May 1973 when the Watergate hearings began, Gallup found that just 19% said Nixon should be impeached. But 15 months later, by August 1974 — after edited transcripts of the Nixon tapes were released, the Supreme Court ruled that Nixon had to hand the tapes over and a House committee recommended impeachment hearings — 57% were in favor of removing Nixon from office.

Remember, 54% of Americans did not vote for Trump in 2016. Trump won almost 63 million votes, just shy of 46% of the vote. Democrat Hillary Clinton won almost 3 million more votes, or 48% of the vote.

And in another sign that it will take Democrats some time to get on the same page, a whopping 84% of Democrats and Democratic-leaning independents say they have not made up their mind yet as to which Democratic candidate they will support in the 2020 presidential election.

“You have [former Vice President Joe] Biden as a front-runner, but most people are still really just shopping,” Miringoff said. “It really puts an awful lot up on the debates, not just for the people who need to get known but [for] the people who are better known who haven’t tied down the real estate yet. This suggests [the Democratic presidential field is] even more wide open than the fact that there’s 24 candidates.”