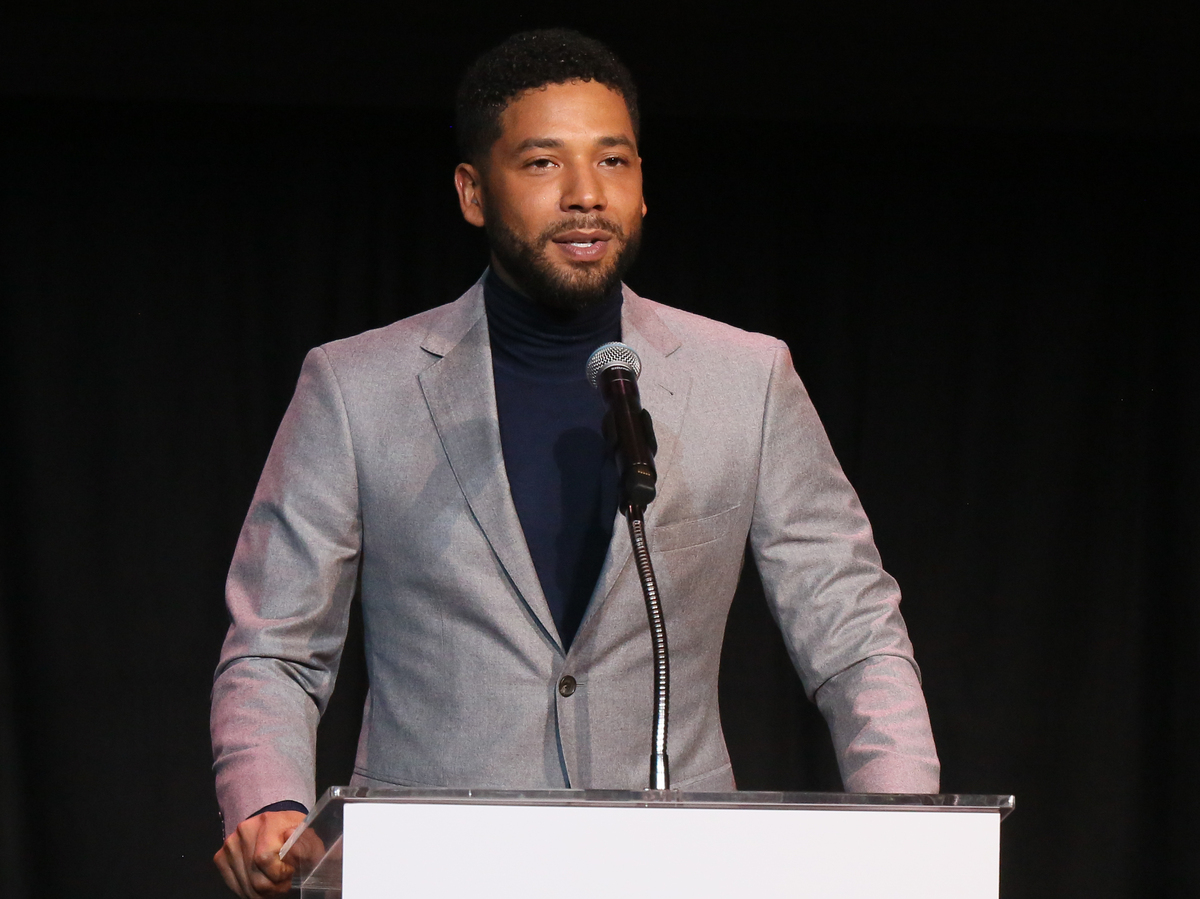 Jussie Smollett, one of the stars of the TV show Empire, reportedly was brutally attacked early Tuesday in what Chicago police are investigating as a possible hate crime. The 36-year-old actor took himself to the hospital directly after what police called a “possible racially-charged assault and battery,” and authorities say he is in good condition.

Police received a report that Smollett, who is black and gay, was walking in the downtown Chicago neighborhood of Streeterville around 2 a.m. local time “when two unknown offenders approached him and gained his attention by yelling out racial and homophobic slurs towards him,” the city’s police department told NPR. “The offenders began to batter the victim with their hands about the face and poured an unknown chemical substance on the victim.”

The alleged assault did not end there.

“At some point during the incident,” police added, “one of the offenders wrapped a rope around the victim’s neck.”

Authorities say the two attackers fled on foot. Chicago police say they are gathering video, identifying potential witnesses and trying to establish a timeline of events.

Police put out a call for anyone who had been in the area at the time to submit information to their tipline.

Smollett’s mother is African-American and his father is Jewish. In a 2016 interview, he calls his family “blu-ish — black and Jewish.”

Twentieth Century Fox Television and Fox Entertainment said in a statement to NPR that it was “deeply saddened and outraged” at the news. “We send our love to Jussie, who is resilient and strong, and we will work with law enforcement to bring these perpetrators to justice. The entire studio, network and production stands united in the face of any despicable act of violence and hate — and especially against one of our own.”

In an emotional video, Empire co-creator Lee Daniels addressed Smollett, whom he calls “my son.”

…whoever did this, do not forget that you are nothing but hate filled cowards while Jussie’s talent and activism will continue to shine a bright light on to the world for decades to come.

Co-creator Danny Strong called Smollett “a kind and profoundly talented soul whom I respect with all my heart.”

In a statement to NPR, GLAAD Communications Director Mathew Lasky said Smollett is “a true champion for LGBTQ people and is beloved by the community and allies around the world.”