Cemetery workers prepare burial sites for the victims from the collapsed dam in Brumadinho, Brazil, on Tuesday. 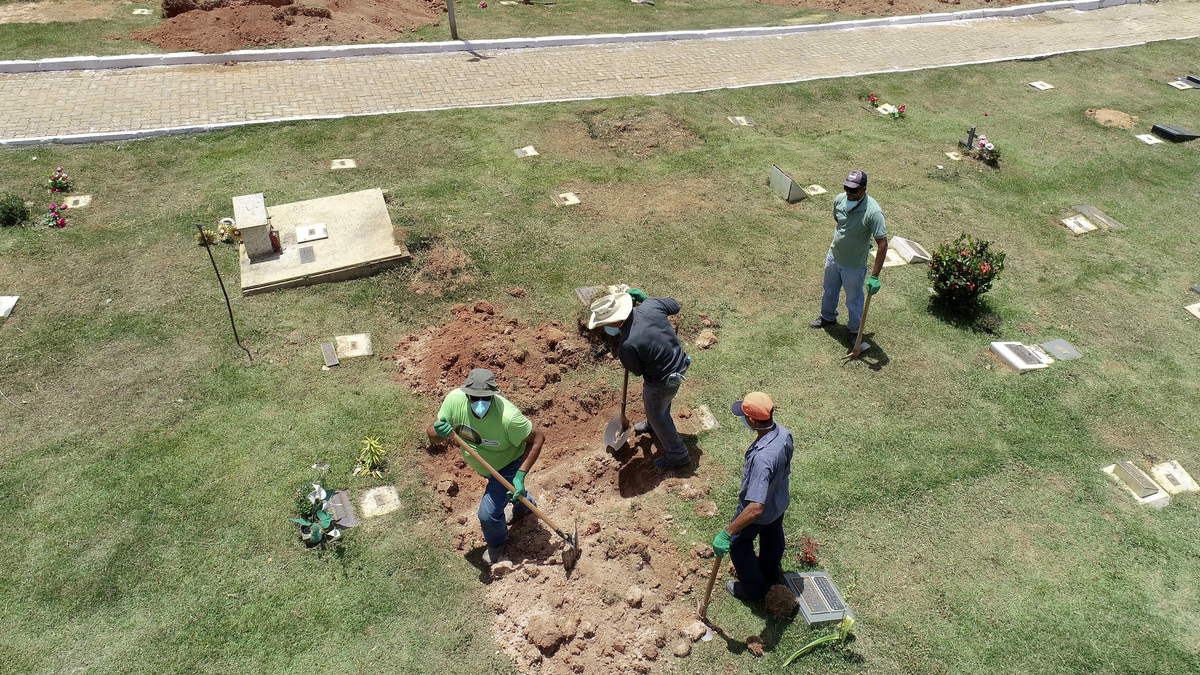 Cemetery workers prepare burial sites for the victims from the collapsed dam in Brumadinho, Brazil, on Tuesday.

Brazil has arrested five people in a dam collapse that has killed at least 65 people. The arrests included workers with Vale SA, an iron-ore producer that owns the dam in southeastern Brazil, and consultants with a German company that certified the dam for safety.

The three Vale employees had been involved in getting the mining project licensed, Bloomberg reports. Police have seized documents and mobile phones as part of the investigation.

Vale says it is fully cooperating with authorities and will support the investigations.

Also arrested were two contractors working for TUEV SUED, a German consulting firm that had carried out studies that concluded the dam was safe, Germany’s Handelsblatt reports. Vale’s CEO Fabio Schvartsman has blamed the German inspectors for the dam’s collapse, according to Handelsblatt.

As recently as December, the paper reports, Brazil’s Ibama environmental protection agency warned of a risk of a dam break and chain reaction.

That prediction proved correct when the dam collapsed Friday, releasing a flood of brown, muddy mine waste that engulfed part of a town and covered trees, buildings and ponds in muck. Fears of a second dam breaking forced a new evacuation and stalled search and rescue efforts Sunday, NPR’s Bill Chappell reports.

The broken dam has unleashed an environmental catastrophe. Dead fish were spotted floating downstream in the Paraopeba River 11 miles south of the dam, according to The Associated Press. Local indigenous people told the news service they relied on the river for bathing, food and irrigation but had been warned by Brazilian authorities to avoid its waters following the dam collapse.

Hundreds of people are still missing and rescue workers continue to search for bodies. More than 130 relief workers arrived from Israel to help search for victims, Catherine Osborn reports for NPR. Their arrival was brokered by Brazil’s newly inaugurated President Jair Bolsonaro, who has cultivated a close friendship with Israel’s Prime Minister Benjamin Netanyahu.

This is Vale’s second big dam disaster in about three years.

HSBC estimates Vale’s total liability for the accident will be $3.5 billion, Bloomberg reports.

Ibama fined Vale the equivalent of $67 million for environmental damages Saturday. Judges in Brazil have frozen close to $3 billion of Vale’s accounts to preserve money for compensating victims and mitigating damages. Bloomberg reports a government crisis committee has ordered federal regulators to audit hundreds of tailings dams in Brazil to assess their safety in light of the broken dam in Brumadinho.