In this image from video released by the CIA on Nov. 1, 2017, Hamza bin Laden is shown at his wedding. 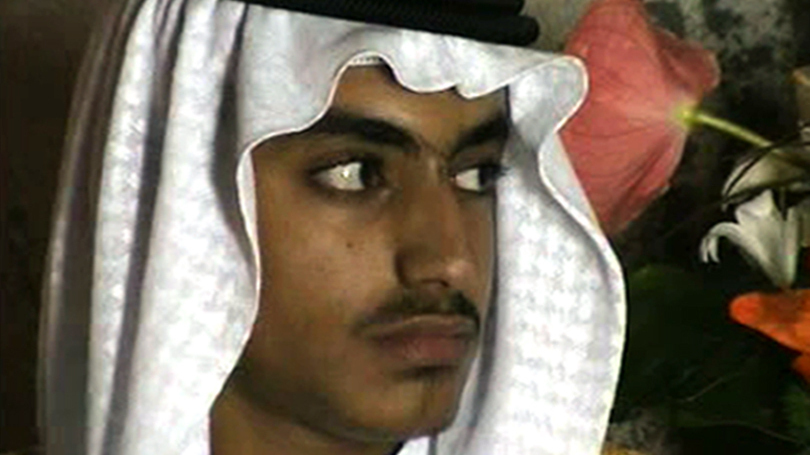 In this image from video released by the CIA on Nov. 1, 2017, Hamza bin Laden is shown at his wedding.

President Trump says that Hamza bin Laden, the son of Osama bin Laden, has been killed in a U.S. counterterrorism operation in the Afghanistan/Pakistan region.

In a statement released by the White House on Saturday, Trump said bin Laden’s son was responsible for “planning and dealing with various terrorist groups.” His death, he said, “not only deprives al-Qa’ida of important leadership skills and the symbolic connection to his father, but undermines important operational activities of the group.”

The statement did not say when bin Laden died, but it came more than six weeks after several media outlets, citing unnamed U.S. officials, reported he had been killed.

There has been no confirmation from al-Qaida about his death, even though the terror group traditionally does so when its leaders are killed.

Unlike his father — who was killed in a Navy Seal raid on his compound in Abbottabad, Pakistan, in 2011 — relatively little was known about the younger bin Laden, not even his age. But he was a “favorite son” to his father, according to Ali Soufan, a former FBI special agent and terrorism expert, who spoke with NPR following initial reports about his death in July.

“He was featured early on when he was about 8, 9 years old in Qaida propaganda videos, reciting fiery poems,” said Soufan.

Hamza served as a transitional leader, according to Soufan, bridging the old guard and younger generations of al-Qaida. His influence in the organization led the State Department in March to offer a $1 million reward for information leading to his capture. He had posted videos online calling for attacks on the U.S. and its allies, and was particularly interested in exacting “revenge” against the U.S. for the killing of his father, the State Department said.

“Osama wanted to start grooming him for a more senior position in al-Qaida, and basically, Hamza survived just for being late joining his dad in a few days when his dad was killed by the Navy SEALs,” said Soufan.

In the years since that raid, al-Qaida has often been overshadowed by ISIS, but according to Soufan, the group is “more dangerous today” than it was in the years leading up to 9/11.