A satellite image taken Friday shows damage and oil leaking from a terminal on Grand Bahama. The company that owns it says 1.8 million barrels were being stored there when Hurricane Dorian hit late Sunday. 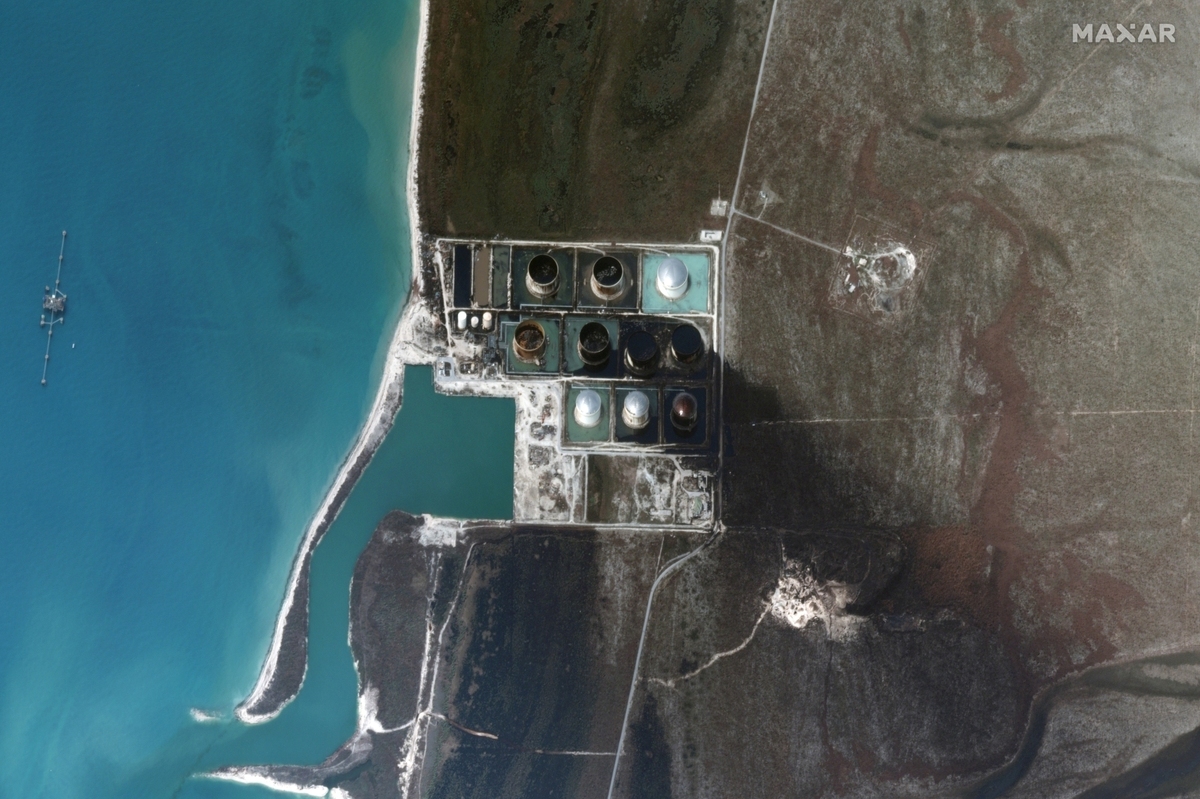 A satellite image taken Friday shows damage and oil leaking from a terminal on Grand Bahama. The company that owns it says 1.8 million barrels were being stored there when Hurricane Dorian hit late Sunday.

A major oil storage terminal on Grand Bahama Island was damaged by Hurricane Dorian and has leaked oil into the surrounding environment, raising concern that the oil could damage local reefs and wildlife.

The South Riding Point facility sits on the shore of the island’s eastern side and is home to 10 giant storage tanks capable of holding up to 6.75 million barrels of crude, according to Equinor, the company that runs the facility.

When Dorian struck Grand Bahama late Sunday, the terminal had 1.8 million barrels on site, according to Erik Haaland, a spokesperson for Equinor.

It’s not clear how much oil has leaked.

In a statement, the company acknowledged that oil had spilled from South Riding Point. “Oil has been observed on the ground outside of the onshore tanks. It is too early to indicate any volumes,” the statement said. “At this point there are no observations of any oil spill at sea.” Equinor also said it was mobilizing oil spill response resources “as soon as possible.”

“The white cylinders were covered with oil slick, and there were slicks going well around the facility and out into the road and the forest,” says Sam Teicher, chief reef officer for Coral Vita, a local company that’s seeking to re-seed reefs in the Bahamas. “There were a few workers there assessing the damage, but very few people have been able to even get out to that point.”

Imagery from the commercial satellite company Maxar shows what appears to be extensive damage at the facility. Several tanks are missing tops, and a slick of oil can be seen extending from the site.

Teicher drove past the site Thursday and says he’s worried a fire could start, groundwater could be contaminated or spillage could seep into the ocean. “There are coral reefs near there, there are some pretty wonderful beeches and crystal clear oceans,” he says.

Coral reefs in the Bahamas have been dying off in recent years. Warming oceans due to climate change are partially to blame.

Teicher says for now, though, he is mainly concerned with the people of Grand Bahama. The hurricane damage on the eastern side of the island is particularly severe.

“It was utter devastation out there,” he says. “In one town, High Rock, I would say 5% of the homes were still habitable. Some homes were completely gone, nothing remained.”