A woman walks down the main road in the village of Luvungi in the Democratic Republic of the Congo. In 2010, Hutu rebels and local militias raped more than 280 women and children as punishment for the villagers’ alleged support of the Congolese Defense Forces. 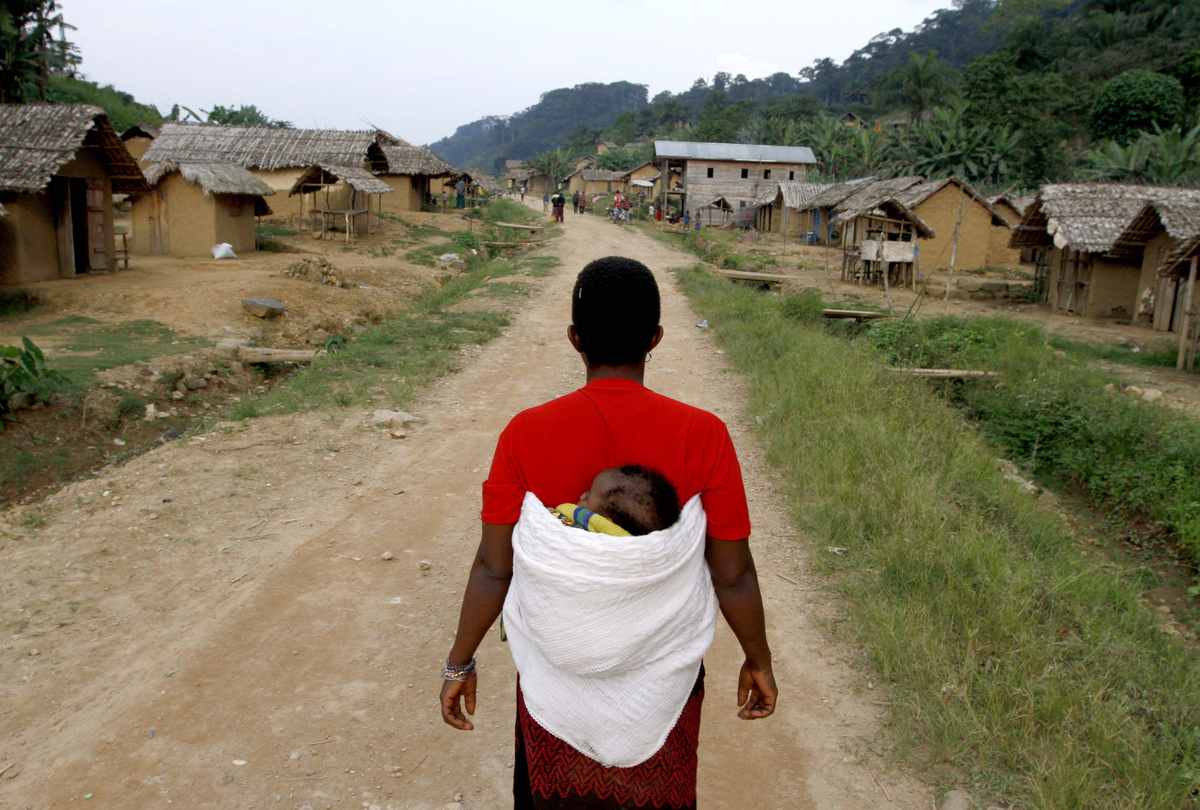 A woman walks down the main road in the village of Luvungi in the Democratic Republic of the Congo. In 2010, Hutu rebels and local militias raped more than 280 women and children as punishment for the villagers’ alleged support of the Congolese Defense Forces.

A forceful call for justice for the victims of war-related rape and sexual violence resonated in the December 10 acceptance speech of this year’s Nobel Peace Prize co-winner, Dr. Denis Mukwege.

“I insist on reparations, measures that give survivors compensation and satisfaction and enable them to start a new life,” said the Congolese physician, who has devoted the past 20 years to treating thousands of victims of war-related sexual abuse. “I call on states to support the initiative to create a global fund for reparations for victims of sexual violence in armed conflicts.”

In fact, Mukwege and his foundation have already started laying the groundwork for such a fund, sponsoring a retreat in November for women from 14 different countries who had all survived war-related sex crimes, said Pierrette Pape, head of advocacy and campaigning at the Dr. Denis Mukwege Foundation. The actual structure of the fund is still being worked out, but if all goes as planned, they foresee the fund being in place by the end of 2019.

In the meantime, while experts in the field of reparations generally applaud the idea, many see potential obstacles and challenges ahead

Dr. Mukwege’s Nobel co-laureate Nadia Murad, the human rights activist who herself had been kidnapped and held as a sex slave by the Islamic State for three months, praised the initiative as a necessary response to victims’ needs. “I am very supportive of Dr. Mukwege’s idea to launch a global reparations fund and look forward to working with him to bring this idea to fruition,” she wrote to NPR in an email. “Sexual violence as a weapon of war is not isolated to one conflict — it is a common tactic used around the world. Reparations are a step toward restoring dignity to survivors who often do not have any means to seek justice for the pain and suffering they have endured. A global fund is an innovative solution to providing survivors with a path towards healing and it signals that our collective conscience acts in the name of humanity. The international community must push politics aside and prioritize justice and humanity.”

In the meantime, while experts in the field of reparations generally applaud the idea, many see potential obstacles and challenges ahead. One is money. “It would require a concerted commitment from key member states who are willing to invest a lot of money over time. It can’t be a one-off fund,” says Erin Kenny, senior technical adviser for the United Nations Spotlight Initiative to End Violence Against Women and Girls.

Kelli Muddell. director of the Gender Justice Program (GJP) at the International Center for Transitional Justice (ICTJ), also wonders about funding. “How do you sustain contributions over time,” which can be very hard to do, she asked. “Global funds also tend to be highly bureaucratic and a lot of their resources go to administrative costs,” so it would be important to minimize those costs in order to maximize benefits for the victims.

Although Pape did not mention a specific amount needed for the fund, she said the organization is in discussions with different divisions of the United Nations, various countries and NGOs. She also raised the possibility of private contributors being interested in the fund.

Reparations packages, Muddell explains, can include financial compensation and various benefits such as health care, education, job and skills training, psycho-social counseling and support. But acknowledgment “is at the core of any reparations discussion,” she says. “It’s what separates it from humanitarian aid. Can we really call it reparations if a state has not acknowledged its responsibility in some way?”

Muddell is not clear how a global fund would be able to provide this keystone element for a reparations program. But one possibility could be to provide additional money to bolster already established but insufficiently funded reparations programs to ensure that they reach as many people as they should Tunisia, for instance, is currently trying to resolve financing the costs of reparations mandated by its recently completed Truth and Dignity Commission.

The acknowledgment of human rights violations can combine judicial processes and symbolic acts, such as an official apology, a memorial, anything that has a symbolic value with the objective of honoring the victims, says Carine Kaneza Nantulya, Africa advocacy director, Africa Division for Human Rights Watch. One example is the 2010 formal apology given by Sierra Leonean President Ernest Bai Koroma in 2010 to women victims of the country’s ten-year armed conflict that ended in 2002.

“We will never as a nation move forward if we do not apologize to the women of this country for letting them down during the war; we will never as a nation know better days if we do not ask for the forgiveness of our mothers, sisters, partners, and female compatriots for what we let them go through during the war. It is almost a decade now since the war ended, but we must apologize for the wrongs of the war.” he said. He reinforced the apology with positive action, addressing women’s equality by launching the country’s National Gender Strategic Plan.

Actions like these make clear the country’s acceptance of its responsibility. But how would that work in a global fund, where the specific country may refuse or be reluctant to publicly acknowledge its role in war-related sexual violence?

As a result, the idea of an international fund focused solely on reparations is not universally embraced. “I believe that the countries themselves should pay for the reparations,” says Rachel Vogelstein, director of the Women and Foreign Policy Program at the Council on Foreign Relations and a professor at Georgetown Law School. Having [the reparations] come from a separate global fund instead might “potentially let governments off the hook,” she worries.

Even so, she says, “there is absolutely room for [a] global fund to support programs that will help survivors build their lives and thrive.” For instance, she says, the fund could focus on providing rehabilitation and support programs similar to, or using as a model, the City of Joy, founded in Bukavu, Eastern Democratic Republic of Congo in 2011, as a place where women survivors of violence can receive therapy and learn life and job skills.

Ultimately, in any type of reparations program, the best way to assure that victims’ needs are met is to listen to the victims themselves. In Kosovo, says Muddell, “victim participation” helped the reparations process succeed, beginning by asking the victims about the harms they had experienced and their priorities for help and justice. The program continued to communicate with them so they do not feel left out of the loop or ignored.

“As an idea, it’s an intriguing concept,” she says. “But the devil is in the details. When you get to the nuts and bolts of talking about so many victims and so many countries and ongoing and past conflicts, how do you run it in a way that distributes reparations, has meaning for victims and does not leave them feeling once again let down?”