New Drug Could Be Game Changer For Drug-Resistant TB. But A Question Looms

A South African patient with drug-resistant tuberculosis waits to be seen by a doctor at a Johannesburg hospital. 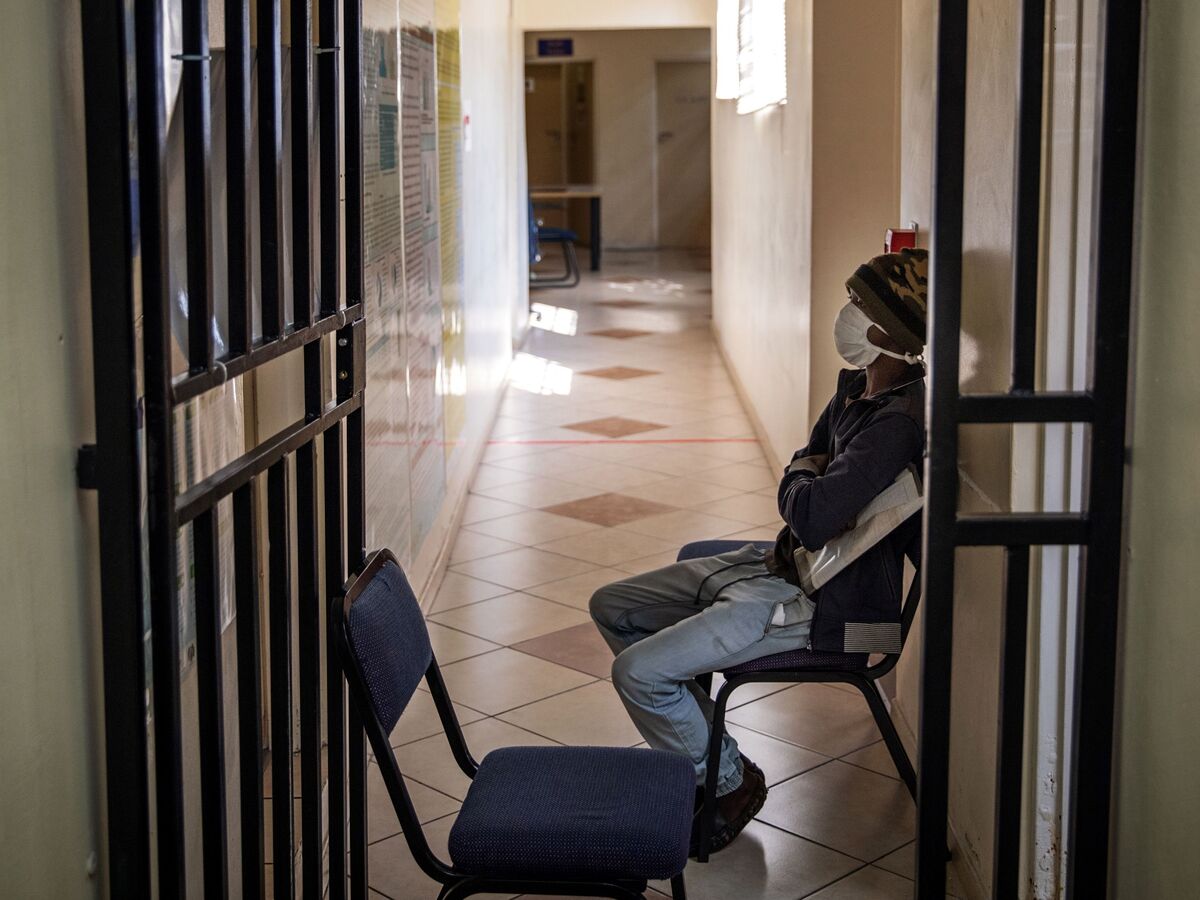 A South African patient with drug-resistant tuberculosis waits to be seen by a doctor at a Johannesburg hospital.

The FDA has approved a new drug that promises a simpler and far more effective treatment for drug-resistant tuberculosis. But not everyone is celebrating.

Doctors Without Borders has concerns about a critical bottom-line issue: How much will the drug cost in poor and middle-income countries, where most TB patients reside?

The stakes are so high because the difference between the new regimen — involving a drug called pretomanid — and the current drug regimen is so dramatic.

Every year, about 1.6 million people die of tuberculosis, a bacterial disease that generally takes hold in the lungs. About 500,000 people get tuberculosis that is resistant to many of the available drugs each year. This new regimen is targeted at an even more unfortunate subcategory of that group: 45,000 to 70,000 TB patients who are particularly resistant to several of the drugs and an additional 30,000 for whom there are even fewer options because they are “extensively resistant” to existing drugs.

Currently, their best hope is a complicated mixture of medications. Patients may take 20 or more pills a day over at least a year and a half. After all that, only 34% of patients are cured, according to WHO data.

The new drug is used over a six-month oral regimen in concert with just two others: bedaquiline, a drug manufactured by Janssen Pharmaceuticals, a Johnson Johnson company, and linezolid, a generic. In one trial in South Africa of 107 patients with extensively drug-resistant TB given this oral regimen, 89% were treated successfully.

She says that drugs for TB have a history of getting approved by the FDA or other formal body only to be priced out of reach for those who need them most.

“We have been down this path before,” she says. For instance, bedaquiline and delamanid, the first two new compounds to become available and approved to treat TB in over four decades, have for years been hard to access for many people in low-income countries with high TB rates because of high prices and lack of registration with the health administration in those countries, which is often necessary for importing or manufacturing the drug as well as distributing it.

“The game-changing aspect will be the affordability, frankly,” Lynch adds. And pricing information for pretomanid is not yet available, even though Lynch says she has repeatedly asked for it.

The drug itself was developed by a nonprofit called the TB Alliance, which receives funding from the U.S. government, USAID, the British government and the Gates Foundation (which is a funder of NPR and this blog).

The alliance’s stated mission is to ensure accessibility of drugs. But it granted the first manufacturing license of pretomanid to Mylan, a global pharmaceutical company. “We seem to be moving into a for-profit model,” Lynch says.

Julie Knell, a spokesperson for Mylan, says that Mylan has not yet announced its launch price for pretomanid in lower- and middle-income countries in part because pricing discussions had been put on hold pending FDA approval. “Now that it has been received, discussions can begin,” she says.

But she notes: “Mylan has historically been a leader in reducing the price of drugs for patients and programs in developing countries; for instance, we’ve helped reduce the cost of HIV treatment by 80% over the past decade.”

With pretomanid, she says, the company hopes to continue its commitment to reducing costs and increasing access for patients in “high burden” countries.

Daniel Everitt, a vice president and senior medical officer at the TB Alliance, says his organization is working with Mylan to ensure that the drug will be affordable and available, particularly in countries where TB is a “disease of poverty.”

He adds that the TB Alliance also doesn’t want Mylan to have a hold on the market for long.

“In all of the lower-income countries, we will be encouraging other manufacturers, generic manufacturers, to get into the market — to get competition to drive down the price as well,” he says.

But Lynch of Doctors Without Borders thinks there is a better way to keep these drugs affordable: baking a low-price requirement into the TB Alliance’s licensing agreement with Mylan, which the organizations have not disclosed.

“What works even better than competition — which, by the way, will take a while — is you set the price reasonably low to begin with,” she says.

Knell notes that Mylan’s licensing agreement will be nonexclusive for 140 low-and middle-income countries or territories with a high TB burden after November 2020. As part of this arrangement, for those countries, the company has committed “in principle to providing to generic licensees of the TB Alliance necessary waivers and authorizations, the right of reference to Mylan’s approvals and to making product samples available.”

Still, Lynch says the likelihood of other manufacturers obtaining licenses is slim in the near future given how complex and lengthy the process can be.

In the meantime, the question remains: How much will this drug regimen cost during the period of exclusivity for Mylan? Doctors Without Borders has recommended that it be kept below $500 per person for a complete course.

Everitt, of the TB Alliance, calls this target price “realistic.” But, he adds, “we don’t have the pricing set yet, and it may vary depending on the part of the world and the income level.”