The Trump administration is giving schools more flexibility in the meals they serve. Critics say the rollback on school lunch rules is bad for kids’ health. 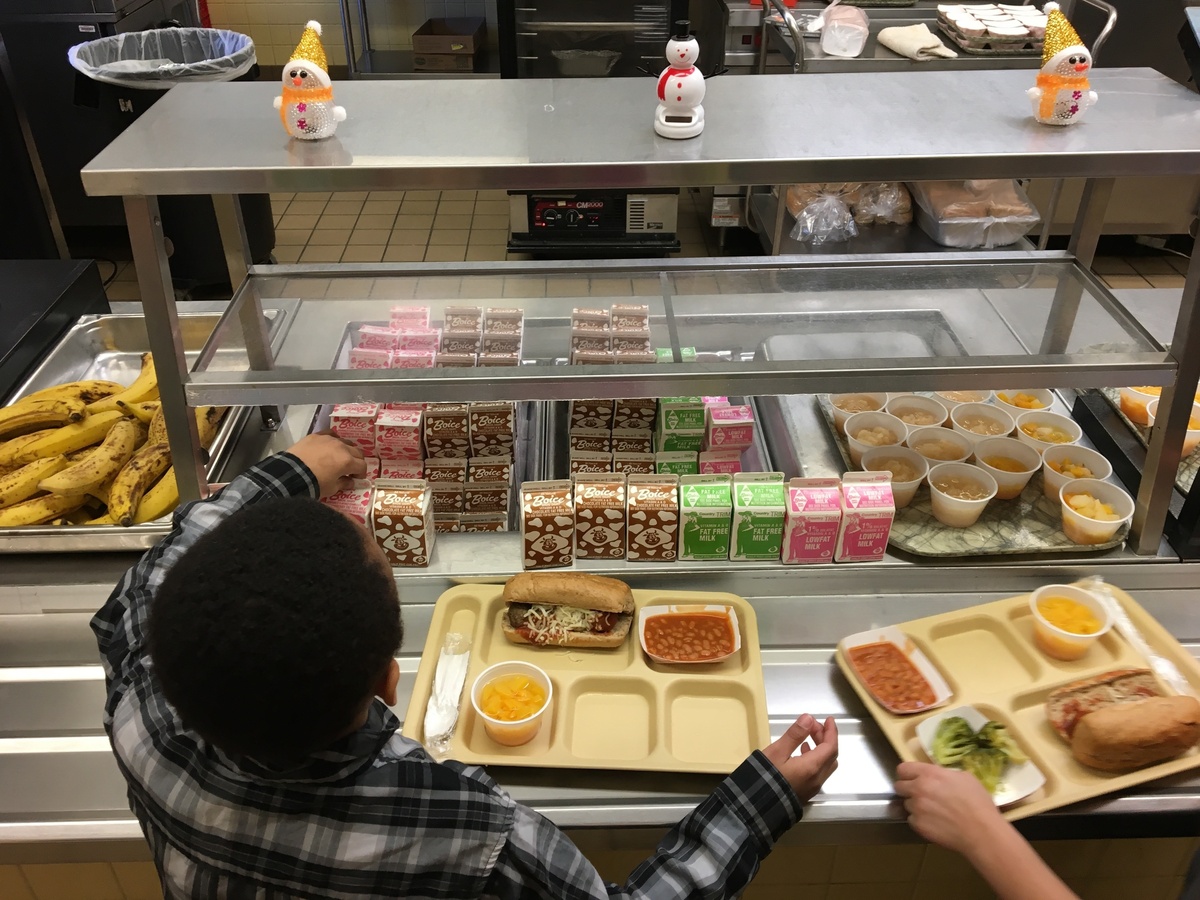 The Trump administration is giving schools more flexibility in the meals they serve. Critics say the rollback on school lunch rules is bad for kids’ health.

School lunches are healthier than they were five years ago. But Agriculture Secretary Sonny Perdue says schools need more flexibility in serving meals that kids will eat.

“If kids are not eating what is being served, they are not benefiting, and food is being wasted,” Perdue said in a statement announcing a rule that is set to be published later this month.

The rule will give administrators more leeway in serving up white breads, biscuits, tortillas and white pastas by requiring that only half of the grains served in school meals each week be whole-grain rich. Currently schools are only allowed to serve whole grain-rich breads and pastas unless they get a waiver. In addition, the administration is putting the brakes on the targets developed during the Obama administration to cut back on sodium.

“We will continue to listen to schools, and make common-sense changes as needed, to ensure they can meet the needs of their students based on their real-world experience in local communities,” Perdue wrote in a statement.

The changes drew the ire of nutrition advocates who have played a significant role in pushing for healthier school meals.

“Parents will be disappointed when they learn that the meals served to their kids in school are under attack from President Trump’s de-regulatory agenda,” Margo Wootan of the Center for Science in the Public Interest said in a statement. She points out that schools now will have until the 2024-2025 school year to meet the next phase of sodium reduction that was spelled out in the rules originally developed under the Obama administration.

“Worse yet, the administration jettisoned the third and final sodium reduction targets that originally were set to go into effect school year 2022-2023,” Wootan said. “This will mean that school lunches will fail to be consistent with the Dietary Guidelines for Americans, as is required by law.”

And why does this matter? Too much sodium in our diets can elevate blood pressure, which increases the risk of heart disease. As we’ve reported, kids in the U.S. consume an average of 3,387 mg of sodium per day (about the same as adults). That’s a lot more than the 2,300 mg daily limit recommended by the federal dietary guidelines.

The American Heart Association issued a statement calling on schools to “stay the course” in serving healthier foods. “When it comes to our children’s health, there should be no ‘flexibility.’ Failing to meet the science-based sodium standards for school meals originally adopted by USDA will put kids’ health in jeopardy,” the statement reads. Earlier this year, the president of the AHA wrote to the USDA expressing disappointment with the plan to weaken the criteria for sodium and whole grains.

“School nutrition professionals have made tremendous progress in improving student diets, but the pace and degree of menu changes under updated nutrition standards were more than some students would accept,” SNA President Gay Anderson wrote in a release. “We appreciate Secretary Perdue for finding solutions to address the concerns of schools and students. This rule will entice more students to eat healthy school meals, which meet calorie limits and offer fruits, vegetables and milk.”