At least 43 million Americans have overdue medical bills on their credit reports, according to a 2014 report on medical debt by the federal Consumer Financial Protection Bureau. 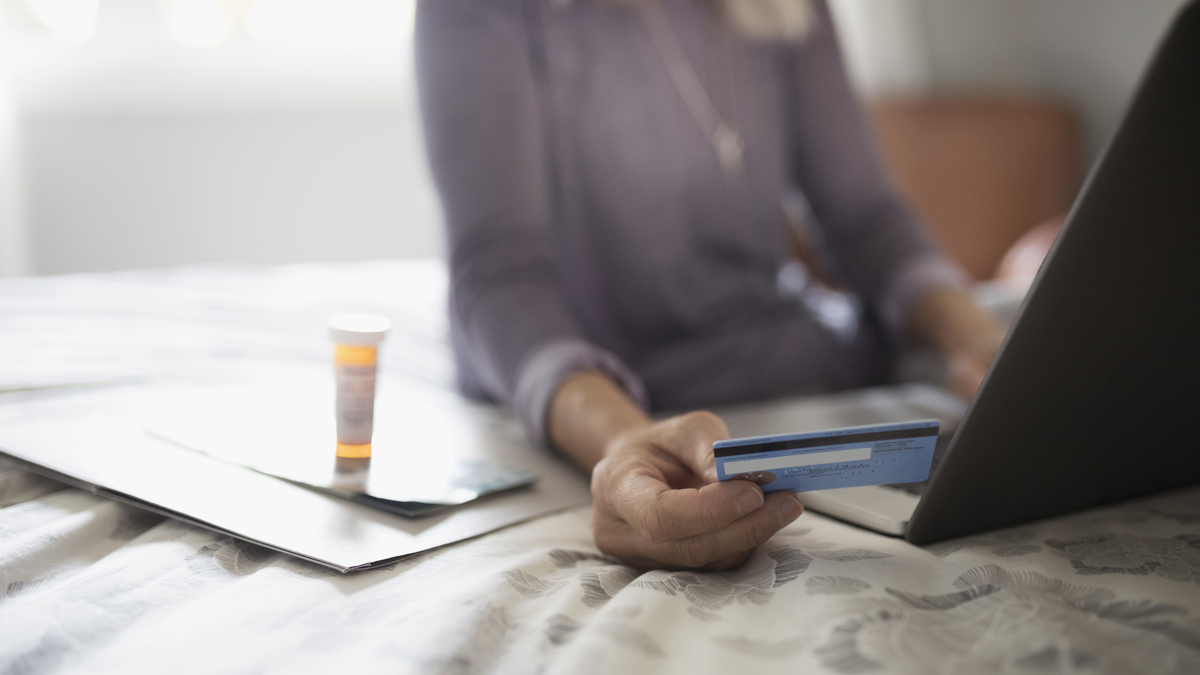 At least 43 million Americans have overdue medical bills on their credit reports, according to a 2014 report on medical debt by the federal Consumer Financial Protection Bureau.

Elham Mirshafiei was at the library cramming for final exams during her senior year at California State University, Long Beach when she grew nauseated and started vomiting. After the 10th episode in an hour, a friend took her to the nearest emergency room. Diagnosis: an intestinal bug and severe dehydration. In a few hours, she was home again, with instructions to eat a bland diet and drink plenty of fluids.

That was in 2010. But the $4,000 bill for the brief emergency department visit at an out-of-network hospital has trailed her ever since. Mirshafiei, 31, has a good job now as a licensed insurance adviser in Palo Alto, Calif. But money is still tight, and her priority is paying off her $67,000 student loan debt rather than that old hospital bill.

While a college student in 2010, Elham Mirshafiei turned to the emergency room of a hospital that wasn’t in her insurance network for treatment of an intestinal bug and severe dehydration. She still carries the $4,000 debt from that visit.

Once or twice a year she gets a letter from a collection agency. She ignores the letters, and so far the consequences have been manageable. “It’s not like electricity that gets cut off if you don’t pay it,” she says.

Mirshafiei has plenty of company. At least 43 million other Americans have overdue medical bills on their credit reports, according to a 2014 report on medical debt by the federal Consumer Financial Protection Bureau. And 59% of people contacted by a debt collector say the exchange was over medical bills, the most common type of contact stemming from an overdue bill, according to the CFPB.

This month, the CFPB proposed a rule to frame what debt collectors are allowed to do when pursuing many types of overdue bills, including medical debt.

Federal law already prohibits debt collectors from harassing consumers or contacting them before 8 a.m. or after 9 p.m., among other things. But the law, which was passed in 1977, didn’t anticipate email and text messages. The CFPB’s proposal clarifies how debt collectors can use these communication tools. And it would allow consumers to opt out of being contacted through these means.

The rule also specifies that debt collectors can make no more than seven telephone calls weekly over a specific debt.

For instance, the center wants a limit of just three telephone attempts each week on a debt. The seven-call limit could be particularly tough on people with medical debt, Kuehnhoff said. They may accumulate bills from several providers for a single medical event — a hospital, doctors, a lab and a nursing home, for example — and all could be in collections separately, potentially resulting in dozens of calls each week.

Debt collectors aren’t necessarily in favor of the seven-call cap either, but for different reasons. They say that limiting the number of calls could lead to more litigation or adverse credit reporting rather than working out a payment plan.

The general consensus is that people should pay their debts. But taking responsibility for medical debt isn’t always as straightforward as paying off a large-screen TV that someone put on a credit card. Did health insurance pay the correct amount? Was the person screened for eligibility for Medicaid, charity care or financial assistance?

“The actual debt collector problem is often about the lack of accountability that providers have for the people that they pass their debt along to,” says Leonardo Cuello, director of health policy at the National Health Law Program.

When a debt collector calls, consumers who are confused about the bill should ask — in writing and generally within 30 days — that the debt be validated. Debts are often bundled and sold multiple times to different collectors, which means errors may be introduced along the way.

“There are no magic words. You don’t need to cite the statute,” says Justin J. Lowe, legal director at Health Law Advocates, a nonprofit law firm in Boston that helps people with low incomes who are having trouble accessing or paying for medical care.

At that point, the collection agency has to stop activities until it proves what the consumer owes. The proposed CFPB rule would spell out verification information that must be provided along with instructions for consumers about how to dispute the debt.

The proposal would also address other practices, including the collection of what is sometimes called zombie debt. That term refers to a bill that has passed a time limit — or statute of limitations — for bringing legal action, often between three and six years, depending on the state. In many states, if a collector sues someone for such a time-barred debt, consumers can raise the issue in court in their defense. If a judge agrees, the case could be dismissed.

Consumer advocates have long wanted debt collectors to be prohibited from trying to collect zombie debt. After several years, it can be difficult for patients to locate records or remember whether a bill has been paid, they argue.

The proposed CFPB rule would prohibit debt collectors from suing or threatening to sue consumers for zombie debt, but only if the collectors knew or should have known that the statute of limitations had expired. That puts the onus on the consumer to prove what was in the debt collector’s mind rather than merely show that too much time had passed to collect.

As the federal government moves ahead with the rule to address various types of debt collection activities, legislators in a few states have introduced bills that specifically target medical debt. Their efforts often focus on improving access to financial assistance for medical care and limiting predatory debt collection tactics.

Last month, Washington Gov. Jay Inslee signed a law that reduces the maximum interest rate on medical debt prior to a court judgment from 12% to 9%. It also prohibits sending a medical debt to collections until 120 days after the patient is sent the initial bill, and it requires collection agencies to provide itemized statements to patients for medical and hospital debts and to notify them of their possible eligibility for charity care.

Like the Washington law, the Oregon bill places limits on the interest charged for medical debt. It also requires health care facilities to screen patients for eligibility for financial assistance and insurance.

The bill passed the House in Oregon last week.

Some hospitals already have strong financial assistance policies, but the playing field needs leveling, Salinas says. “We really need hospitals to be a part of the solution to prevent consumers from going into bankruptcy over medical debt.”

It’s unclear how the proposed changes announced by the CFPB might affect Mirshafiei’s situation. The statute of limitations in California on written contracts is four years.

One thing someone in Mirshafiei’s situation should be aware of is that making a payment could reset the statute of limitations, Lowe says. The debt collector could argue that by making a payment, the person is affirming that he or she owes the debt.

Because of her damaged credit, Mirshafiei needed a relative to cosign for student loans for graduate school. She worries that if she tries to buy a house, she’ll have trouble getting approved.

“I just hope that in the next chapter of my life, I don’t have to be denied things because of this stain on my record,” she says.

Kaiser Health News is an editorially independent nonprofit program of the Kaiser Family Foundation and is not affiliated with Kaiser Permanente.