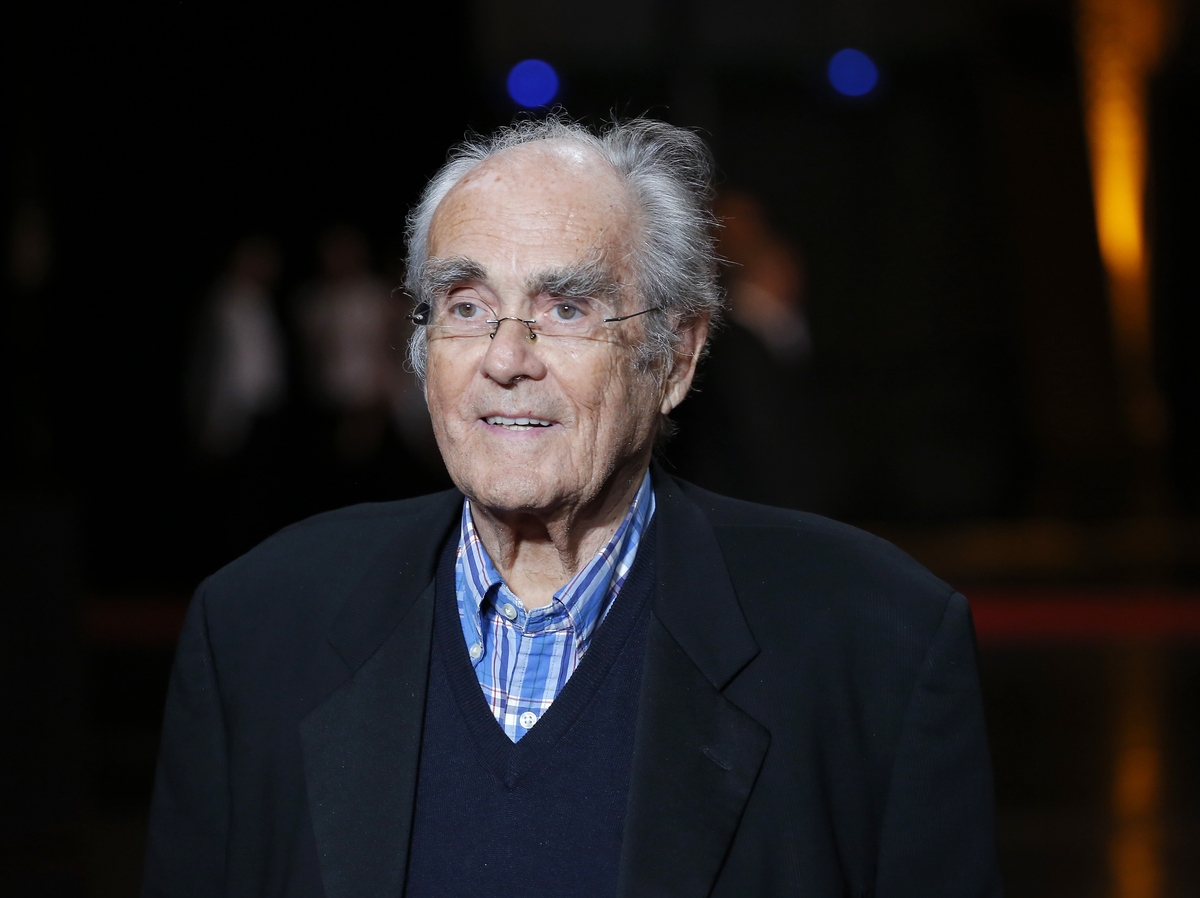 Three-time Oscar-winning composer, songwriter and pianist Michel Legrand died Saturday at his home in France. He was 86.

The conservatory-trained musician worked across genres but was best known as a prolific composer of film scores, including The Windmills of Your Mind and I Will Wait For You.

“Ever since I was a boy, my ambition has been to live completely surrounded by music,” Legrand said of himself on his website. “My dream is not to miss out on anything. That’s why I’ve never settled on one musical discipline.”

His breadth did not diminish his depth: His accolades include three Academy Awards, five Grammys and two top awards at the Cannes Film Festival, according to his website.

“His inimitable tunes that run through our heads and are hummed in the street have become like the soundtracks of our lives,” he wrote on Twitter. “They are today the melodies of an era.”

Born in 1932 in a Paris suburb, Legrand entered the Paris Conservatory as a child, an experience which he described as revelatory and motivational.

After finishing conservatory, he traveled with Maurice Chevalier as an accompanist musical director. Later, he began composing and turned to film scores in the mid-1950’s. His collaborators in the world of film included Jean-Luc Godard, Agnès Varda, François Reichenbach and Jacques Demy.

“The Umbrellas of Cherbourg,” the 1964 musical scored by Legrand and directed by Demy, drew skepticism for its unusual format — the cast led by a young Catherine Deneuve sang the dialogue — but won the top-prize at the Cannes festival that year.

“Jacques and I had to work really hard to get this project off the ground,” Legrand said in remarks on his website, “The producers showed us the door saying: ‘You’re a couple of nice young guys, but do you really think that people will spend an hour-and-a-half listening to characters singing life’s little platitudes!'”

A few years later, Legrand brought home his first Oscar for The Windmills of Your Mind, from the 1968 movie “The Thomas Crown Affair.” The Academy awarded him two more for scoring The Summer of 42 and Yentl. He was nominated more than a dozen times.

He rejected any hierarchy among musical genres and cast aside the idea of a linear “career,” calling himself instead a perpetual learner.

“I want to be more aware of what I can do, even if it means going too far,” he said. “If I want my ship to continue sailing the waves, I must try out new sails and see where they take me.”

In 2015, one listener told NPR about his personal appreciation for Legrand. Kevin Gibbs said he met a woman while working at a jazz club in the 70’s and forever associated the memory of her with a Legrand song.

“I believe that everything good that has happened to me since that night owes a powerful foundational debt to that first experience of love so long ago,” he said, citing the last few lines of Legrand’s Once Upon a Summertime.

“Now, another wintertime has come and gone.
The pigeons feeding in the square have flown.
But I’ll remember, when the vespers chime,
You loved me once upon a Summertime.”