A sample Drive Only license from Connecticut. 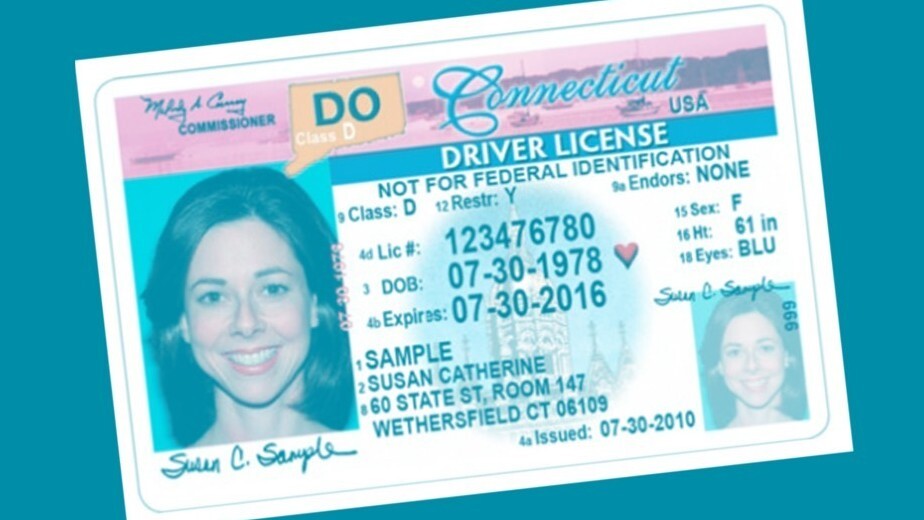 A sample Drive Only license from Connecticut.

Four years after implementing a policy to allow undocumented immigrants to obtain driver’s licenses, Connecticut has seen a reduction in hit-and-run crashes and a steep decline in the number of people found guilty of unlicensed driving.

Connecticut’s experience could offer a road map for lawmakers in eight other states that are considering similar laws to widen access to driver’s licenses.

Some police in Connecticut remain skeptical that training and licensing undocumented immigrants is the sole reason for 1,200 fewer hit-and-run crashes in 2018 than in 2016, but Charles Grasso, at the Connecticut Transportation Safety Research Center, said the policy is making a difference in both road safety and driver behavior.

“People that have gotten licenses … [are] trained right, so it has made the roads safer,” said Grasso, a former police sergeant who works with local police on crash investigations.

Across 10 Connecticut cities with the highest concentrations of Drive Only licenses issued to undocumented immigrants, hit-and-run crashes fell by 15% in the same time period, according to state data obtained by the New England Center for Investigative Reporting. The state didn’t compile hit-and-run crash data before 2015.

Grasso said undocumented immigrant drivers are confident they won’t be charged with unlicensed driving and are less likely to flee a crash.

“The feedback I’m getting is that the licenses are keeping people at the scene because they know that they have a driver’s license now,” he said.

Besides Connecticut, 11 other states, the District of Columbia and Puerto Rico allow undocumented immigrants to drive legally.

Scared to be pulled over

Sebastian, a 30-year-old from Guatemala and resident of New Haven, Conn., has taken advantage of Connecticut’s law. We are not using his full name because of his immigration status.

I have the driver’s license — I feel safe like American people. They drive without worries.

“Before I got the license, I was scared because sometimes [I’d] see a state trooper and think, ‘I hope he’s not pulling me over.’ But after … I have the driver’s license, I feel safe like American people. They drive without worries,” he said.

That means about 80 miles a day of worry-free driving for this construction worker who’s expecting his first child to be born in a few months.

The law allowing Sebastian and undocumented immigrants like him to drive legally went into effect in 2015, creating a license marked with the letters “DO,” or “Drive Only.” License-holders can’t use the document to get through airport security or get placed on voter rolls. Sebastian had to prove residency in Connecticut, pass a series of tests and get his car insured.

Before 2015, he got behind the wheel without a license for about six years — running the risk of being caught by police, fined and possibly funneled into the federal immigration system and deported.

Sebastian and other immigrants interviewed said that, with the new licenses, they are much less worried that a traffic stop might lead them into the hands of federal immigration authorities.

In the capital city of Hartford, where hit-and-run crashes fell more than 20% since 2016, police Lt. Paul Cicero is skeptical about the link between Drive Only licenses and improved road safety, saying a three-year trend isn’t enough time to make a judgment. There are roughly 2,000 newly trained and licensed undocumented immigrant drivers in the city, but Cicero pointed to traffic cameras and better street policing as reasons for lower hit-and-run crash numbers.

But Cicero said the licenses do help with policing, saving officers time when issuing routine citations.

“There’d be times we pulled somebody over and they don’t have any ID and it takes an officer off the road for one, two, three hours,” said Cicero. “It typically ruins someone’s day going to jail, getting fingerprinted, getting photographed, waiting for fingerprints to come back. So, having these Drive Only licenses can be very beneficial to both the police and the community.”

Increased revenue for the state is one more benefit. Connecticut’s Department of Motor Vehicles has collected $7.5 million in license fees over four years — offset by $300,000 to ramp up the new license program.

Small businesses that offer classes in Spanish, like Santo Driving School in Hartford, filled up seats after the law was implemented.

Sal Calafiore, owner of Santo Driving School in Hartford, Conn., saw a surge of business after Connecticut implemented its Drive Only licensing program, allowing more than 50,000 undocumented immigrants to get trained and licensed. 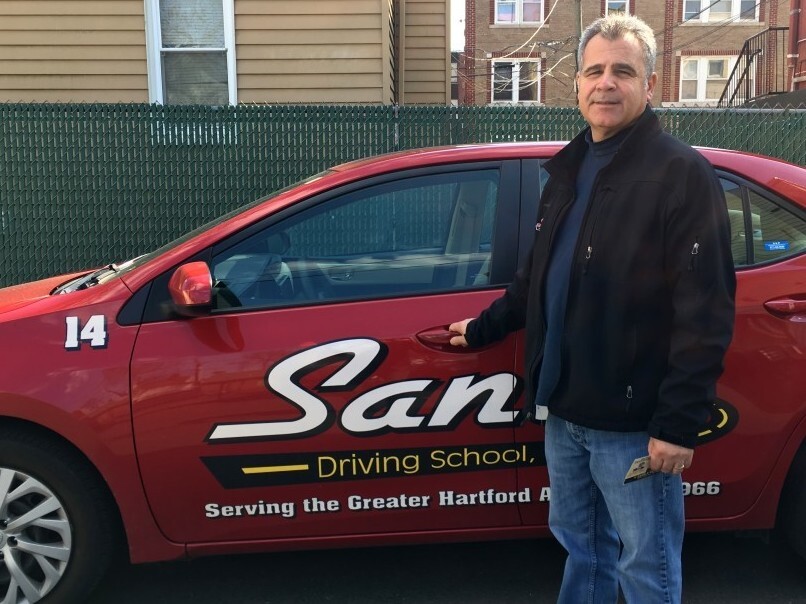 Sal Calafiore, owner of Santo Driving School in Hartford, Conn., saw a surge of business after Connecticut implemented its Drive Only licensing program, allowing more than 50,000 undocumented immigrants to get trained and licensed.

“It increased a lot of business — probably that first year about an additional thousand,” said owner Sal Calafiore.

With thousands of newly legal drivers on the road, courts in Connecticut have found about 4,000 fewer people guilty of unlicensed driving in the last four years, according to Connecticut judicial data obtained by the New England Center for Investigative Reporting. That translates to roughly a million-dollar decrease in fines levied by state courts.

For undocumented immigrants like Luis, a landscaper living in New Haven, such fines posed a hardship.

It is a big relief to Luis that this economic burden is now gone. He can now drive his children to soccer tournaments in Boston and Baltimore.

Luis said the Drive Only licenses definitely give him and other undocumented immigrants a better chance of avoiding arrest by federal immigration authorities, but he worries that the license also makes him a marked man — especially if he thinks it might be an Immigration and Customs Enforcement officer staring back at him.

“You can give your license, [and] because they say ‘driving only,’ they know your status. So, you can get arrested right away,” said Luis.

Similar concerns about minor traffic stops leading to deportation are part of what’s fueling efforts in eight other state legislatures to widen access to driver’s licenses. Florida, Massachusetts, Michigan, Minnesota, New Jersey, New York, Oregon and Wisconsin are considering legislation that would ensure license-holders would not be discriminated against as undocumented immigrants.

Supporters marched in seven of those states on May Day. More than half the states debating these measures have divided leadership — with many Republicans toeing the line of a federal administration that’s very clear about wanting undocumented immigrants out, not doing them any favors.

“Everyone’s going to use our roads. We know that’s going to happen,” he said. “If your job is to protect the highways of Minnesota and you say to yourself, ‘Does it help me to have tens of thousands of people outside of the system or inside the system?’ — the answer is pretty straightforward.”

This piece comes to us from the New England Center for Investigative Reporting.