A weather-worn sign protesting the Keystone XL pipeline stands in Fullerton, Neb. On Friday the state’s Supreme Court dealt the pipeline’s protesters a significant defeat, approving an alternate route that runs through Nebraska. 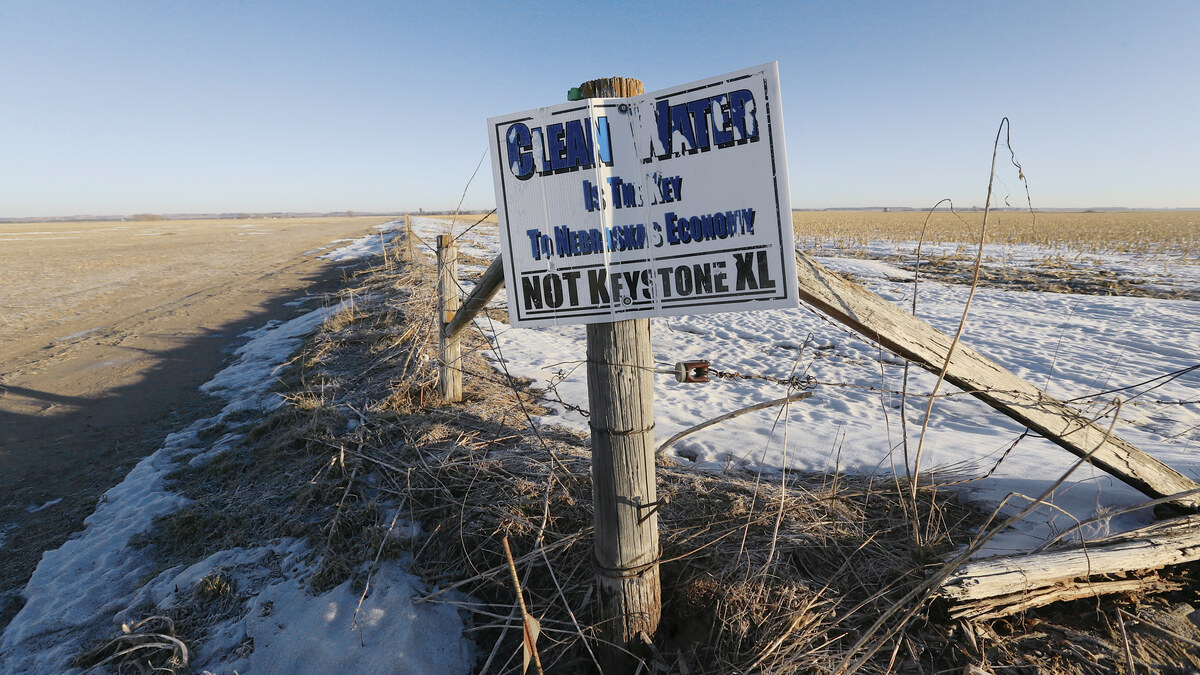 A weather-worn sign protesting the Keystone XL pipeline stands in Fullerton, Neb. On Friday the state’s Supreme Court dealt the pipeline’s protesters a significant defeat, approving an alternate route that runs through Nebraska.

The company behind the controversial Keystone XL pipeline has won a major victory in Nebraska, where environmental activists, two Native American tribes and some local landowners had sought to derail its construction. The state’s Supreme Court on Friday ruled unanimously in favor of an alternate route proposed by TC Energy, formerly known as TransCanada.

The seven-judge panel decided that Nebraska’s Public Service Commission — an elected body designated by the state legislature “as the agency responsible for determining which pipeline route is in the public interest,” according to the court — acted correctly in granting a permit for the Mainline Alternative Route put forward by TC Energy.

The PSC, a group comprising four Republicans and one Democrat, narrowly certified the alternative route in 2017, but only after rejecting TC Energy’s preferred route through Nebraska’s Sandhills region. The Sierra Club, the Yankton Sioux Tribe of South Dakota and the Ponca Tribe of Nebraska, and local landowners, argued in their appeal that the PSC failed to adequately vet the new route or respect due process rights or tribal sovereignty.

“We find that there is sufficient evidence to support the PSC’s determination that the MAR is in the public interest,” the judges said in their ruling.

This does not mark the end of the road for the activists resisting the pipeline’s construction, though. Another lawsuit to block the pipeline’s federal permit, filed earlier this summer in Montana, continues to wend its way through the courts. And TC Energy itself still has not financially committed to the project, as it waits to see how its various legal challenges conclude.

A handful of Democratic candidates for president have also signed a pledge to revoke the permits already issued by the Trump administration, if they win office in 2020.

Brad Jolly, an attorney representing the Ponca Tribe, told reporters Friday that his clients are “extraordinarily disappointed and fearful of the damage that might occur to cultural resources, historic resources — not just to the tribe but to the state as a whole along the route.”

“The Sierra Club believes the court got this decision completely wrong. Cherry-picking certain evidence and ignoring a huge body of evidence as well as numerous fundamental legal issues,” said Ken Winston, a lawyer for the Nebraska branch of the environmental activism group. He vowed that the Sierra Club would carry on its resistance to the pipeline.

TC Energy, on the other hand, lauded the ruling.

“The Supreme Court decision is another important step as we advance towards building this vital energy infrastructure project,” the company’s president and CEO, Russ Girling, said in a statement released Friday. He thanked the pipeline’s supporters but offered no firm word on the company’s next steps with regard to the pipeline.