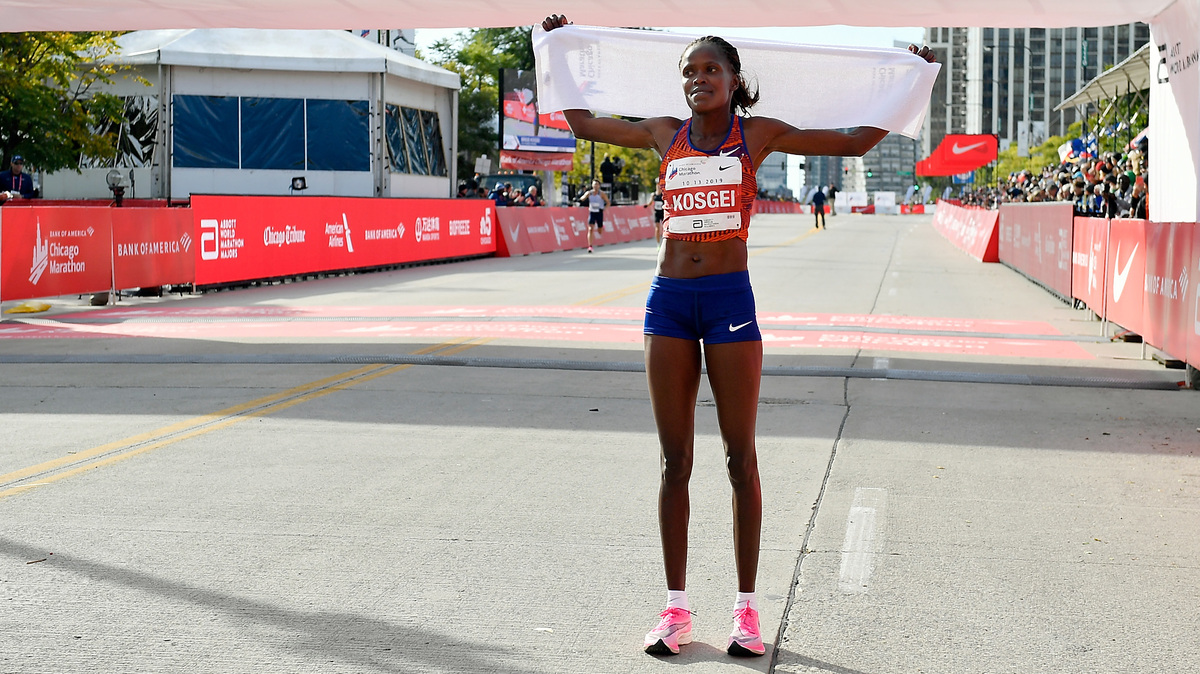 Kenya’s Brigid Kosgei won the Chicago Marathon on Sunday with a time of 2 hours 14 minutes 4 seconds, breaking the previous world record by 81 seconds.

At 25, the Kenyan defended her title after winning last year’s event, and put almost 7 minutes between herself and her competition. Both from Ethopia, Ababel Yeshaneh finished second with a time of 2:20:51 and Gelete Burka came in third at 2:20:55.

The previous world record time of 2:15:25 was set by Britain’s Paula Radcliffe in 2003 at the London Marathon.

After Kosgei broke Radcliffe’s record, the two of them posed for a photo together.

Radcliffe says it marked a bittersweet moment for her, according to The Guardian.

“If you had told me when I set it in 2003, that it would last that long I wouldn’t have believed it,” Radcliffe said. “But I always knew this time would come — and when I saw how fast Brigid was running today I knew the record would go if she could maintain her pace.”

Because of the nature of the event, Kipchoge’s time does not count as an official world record, but was celebrated nonetheless. Both Kosgei and Kipchoge were sporting Nike’s new model of the Next% training shoes.

Kipchoge’s victory was on Kosgei’s mind, she said, as she set out on the Chicago course.

“I kept saying, ‘Tomorrow is my day,'” Kosgei told The New York Times. “I wanted to be the second Kipchoge — the Kipchoge for women. I focused on that.”