Canada’s Prime Minister Justin Trudeau talks to reporters at a news conference on March 7, in Ottawa, Canada. He was accused of interfering in a criminal investigation of SNC-Lavalin, a powerful engineering firm. 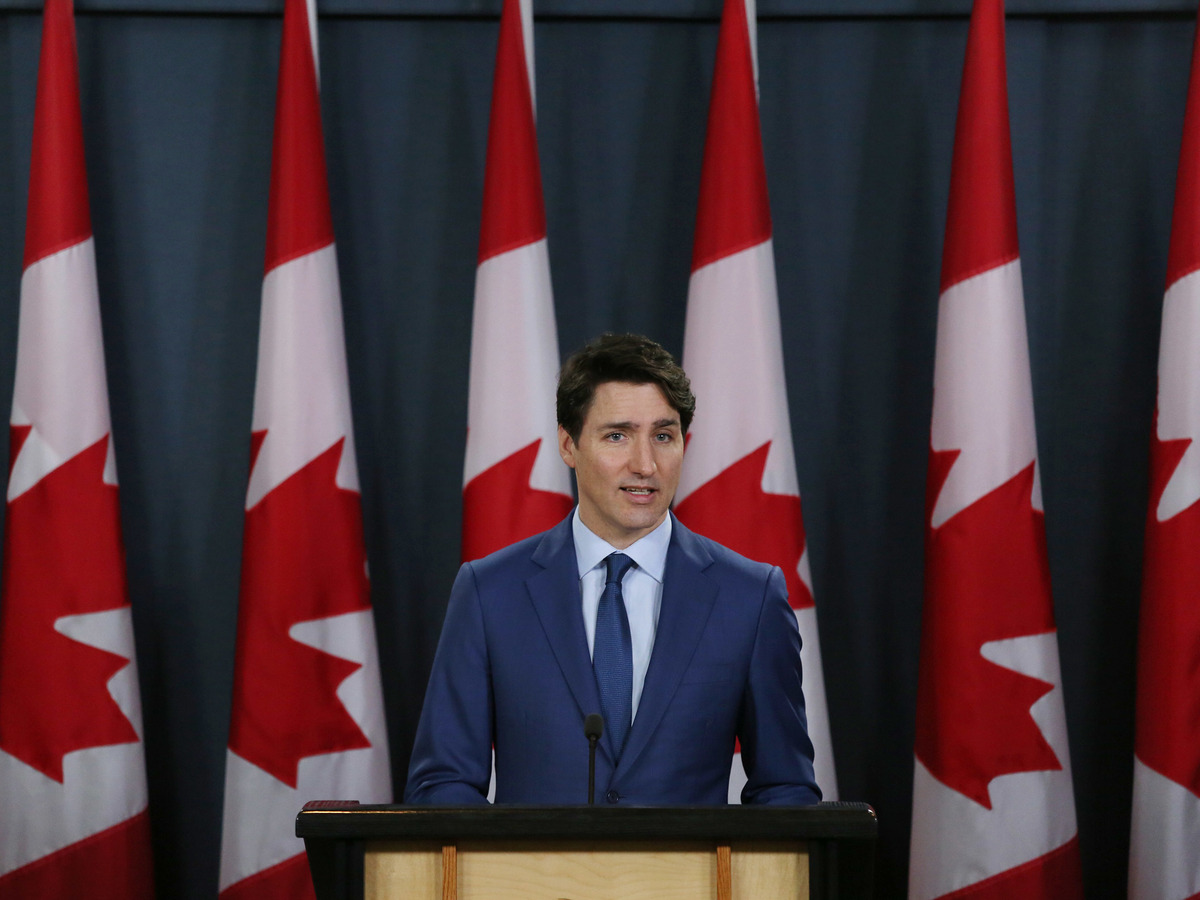 Canada’s Prime Minister Justin Trudeau talks to reporters at a news conference on March 7, in Ottawa, Canada. He was accused of interfering in a criminal investigation of SNC-Lavalin, a powerful engineering firm.

Facing accusations in an election year that he pressured his former attorney general on a prominent criminal case, Canadian Prime Minister Justin Trudeau insisted Thursday that the debacle stemmed from a breakdown in trust and communication.

At a news conference in Ottawa, he told reporters that trust had deteriorated between Jody Wilson-Raybould, the former attorney general who resigned from Trudeau’s cabinet in February, and Gerald Butts, Trudeau’s former top aide who also resigned last month.

“I was not aware of that erosion of trust, but as prime minister and leader of the federal ministry, I should have been,” Trudeau said early Thursday morning. He added that Wilson-Raybould “did not come to me and I wish she had.”

In February, she testified that as attorney general, she experienced “veiled threats” and “consistent and sustained” interference in the criminal prosecution of a powerful Montreal-based engineering firm. SNC-Lavalin stands accused of international bribery and fraud, including paying millions to the regime of former Libyan dictator Moammar Gadhafi.

SNC-Lavalin denied the charges. But if the firm were convicted, it would be barred from bidding on Canadian government contracts for a decade, which would have grave impacts for the country’s infrastructure and employment.

Wilson-Raybould said that after the director of public prosecutions rejected the possibility of a deferred prosecution agreement, officials in Trudeau’s administration began to exert pressure on her. As part of their campaign, some “urged me to take partisan political considerations into account,” she said.

Trudeau confirmed her account that officials had contacted her, but said he and his staff believed she was still “open to considering other aspects of the public interest.”

The company employs 9,000 people in Canada and is one of the nation’s major employers, Trudeau said. “The context is a tough one, with potential job losses in the thousands,” he said. “These are the types of situations that make governing a challenge.”

Wilson-Raybould, Canada’s first indigenous justice minister, maintained her stance on the company’s case. And in January, the prime minister effectively demoted her by reassigning her to be the Veterans Affairs minister.

“What we heard from Justin Trudeau was an attempt to justify and normalize corruption,” he said Thursday. “It’s clearer than ever that inside his government, political interference and contempt for the rule of law are a matter of course.”

He said Trudeau “has lost the moral authority to govern.”

Wilson-Raybould told the House of Commons justice committee that the pressure from the prime minister’s office was “very inappropriate” for its attempt to compromise an independent position but was not, in her opinion, illegal.

The controversy for Trudeau’s Liberal Party comes as Canada prepares for federal elections in October. A senior government official who spoke to NPR on the condition of anonymity said, “Of course the opposition and the Conservatives are going to use this to play political games.”

The official said it wouldn’t deter the party from its focus on Canadians “and helping them succeed in every way possible.”

But the political fallout has prompted key members of the Liberal Party to step down. Minister Jane Philpott resigned this week, citing the stress Wilson-Raybould faced. “The solemn principles at stake are the independence and integrity of our justice system,” she said.

Gerald Butts, Trudeau’s principal secretary, resigned in February despite emphatically denying the accusations. He testified this week that “we really didn’t feel that anybody was doing anything wrong,” and that the interference stemmed from concerns about jobs rather than political calculations.

The incident came to light after the Globe Mail published a report alleging that Trudeau’s office had pressed the attorney general in the hopes of getting the criminal charges against the engineering firm dropped.

Trudeau told reporters Thursday that he had learned many lessons from the recent days and weeks. He said, “Ultimately, I believe our government will be stronger for having wrestled with these issues.”