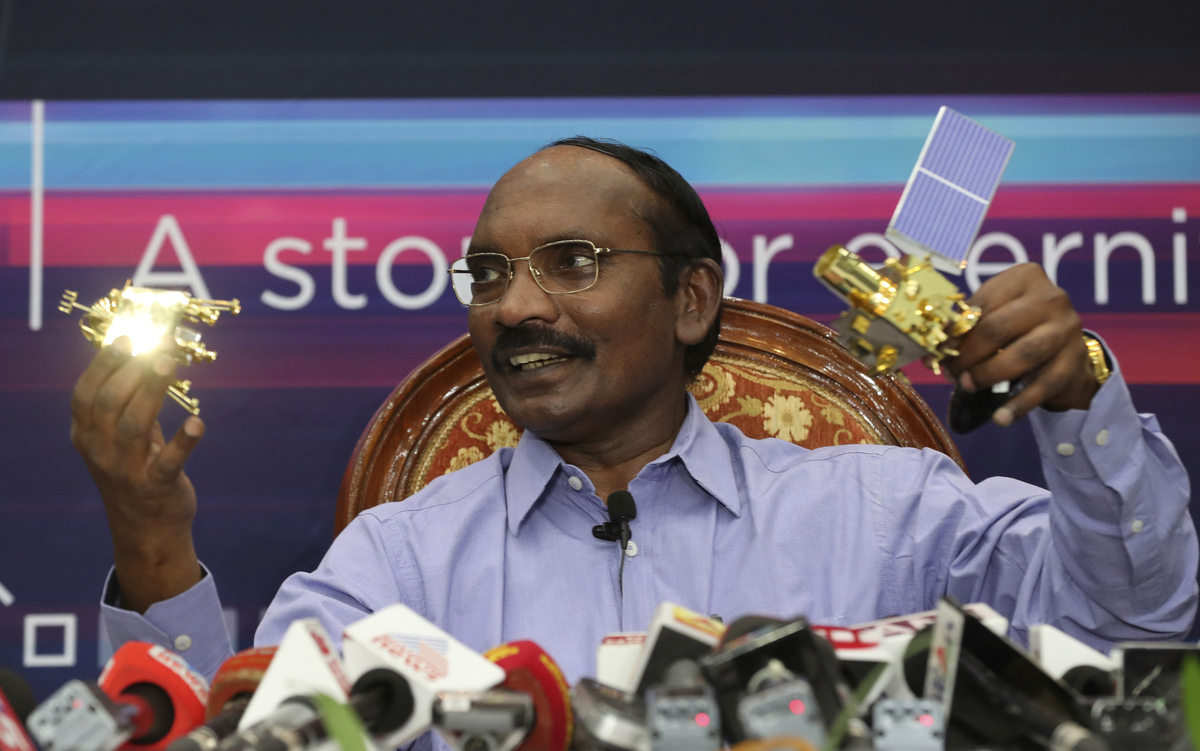 More than 36 hours after India lost contact with an unmanned spacecraft it was trying to land near the moon’s South Pole, scientists appear to have located it on the moon’s surface. But there’s no word on what condition it’s in.

The head of India’s space agency, K. Sivan, told the Indian news agency ANI that the orbiter which released the Vikram lander on its descent toward the moon has now captured a thermal image of the craft on the lunar surface. He said the agency is trying to establish contact with it.

With this mission, India hoped to become the fourth country to land on the moon, after the United States, the former Soviet Union and China – and the first to land at the moon’s unexplored South Pole.

But hopes were dashed just after 2 a.m. Saturday local time, when the Indian Space Research Organization (ISRO) lost contact with its Vikram lander about 2.1 kilometers (about 1.3 miles) above the lunar surface. It had successfully broken off from its orbiter, and was on its way toward the moon, when the signal was lost.

At the time, it was unclear whether it had crash-landed on the moon, like an Israeli probe had back in April, or if it had simply floated away.

On Sunday, Sivan told ANI the lander had indeed reached the moon. But he said it was “premature to say anything” about what condition it was in, and whether it was still functional.

The mission was supposed to spend several weeks on the lunar surface. The lander was carrying a robotic rover, which the agency planned to use to measure and take photos of ice deposits around the moon’s South Pole. That ice was spotted from above by a previous Indian moon mission, Chandrayaan-1, a decade ago. The current mission, Chandrayaan-2, is its sequel. (Chandrayaan means ‘moon craft’ in Sanskrit.)

This is also believed to be the first Indian space mission headed entirely by women.

Indians took to social media Sunday to declare the moon landing a success, even as the space agency reserved judgement.

Sunday’s online celebrations contrasted with a more somber mood a day earlier at ISRO headquarters in the southern Indian city of Bengaluru. Prime Minister Narendra Modi had traveled there, and was watching from a glass mezzanine above the control room, when scientists lost contact with the Vikram lander. Video circulated on Twitter of Modi hugging the ISRO chief Sivan, who was in tears.

“We came very close, but we need to cover more ground in the times to come,” Modi told the disappointed scientists. “Every Indian is filled with the spirit of pride as well as confidence. We are proud of our space program and scientists.”

Modi has hailed India’s space program as a symbol of the country’s aspirations to be a scientific and economic power. With 1.3 billion people, India is expected to soon overtake China as the world’s most populous country.

India has also earned a reputation for exploring space on the cheap. The total cost of this Chandrayaan-2 mission is expected to be about $140 million – less than what it cost Hollywood to make the space exploration movie Interstellar.