In Afghanistan, A Mix Of Surprise And Relief After Trump Cancels Taliban Talks

Many Afghans approve of President Trump’s decision to quash a potential deal with the Taliban. Here, security forces guard a street in Kabul last week after a suicide car bombing rocked the capital’s diplomatic enclave. 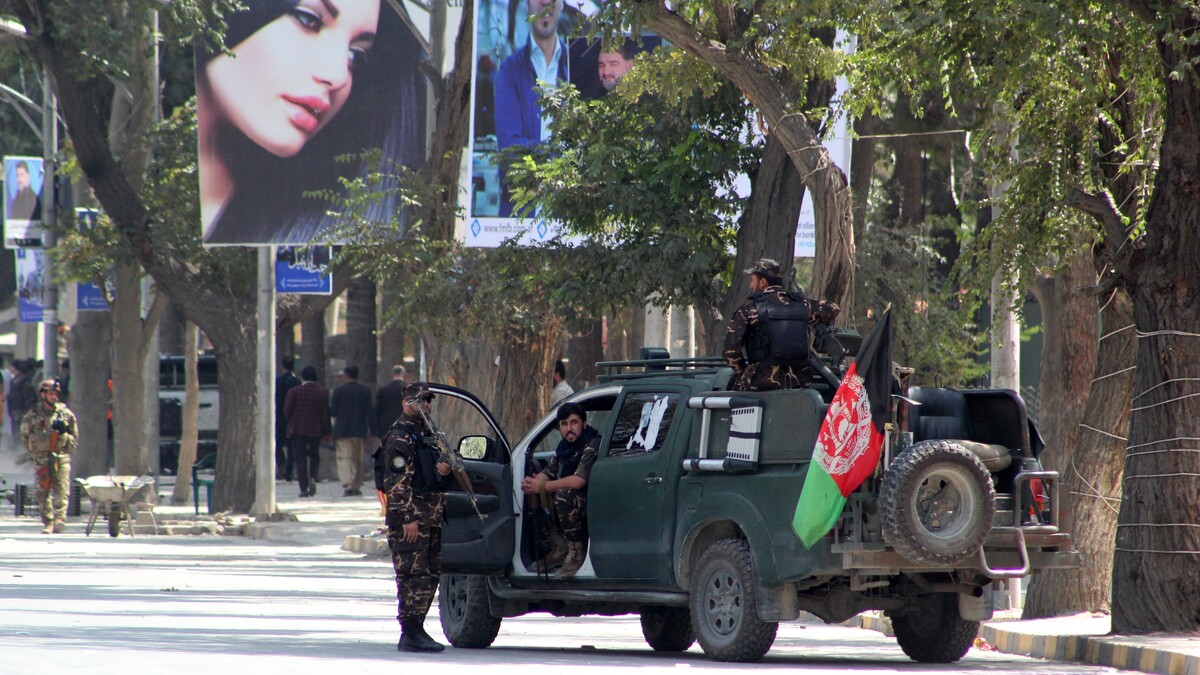 Many Afghans approve of President Trump’s decision to quash a potential deal with the Taliban. Here, security forces guard a street in Kabul last week after a suicide car bombing rocked the capital’s diplomatic enclave.

When Aziz Rafiee heard that President Trump called off talks with the Taliban, he couldn’t quite believe it. “My first question to myself was: What is really happening?” he says. Then Rafiee, who leads the Afghan Civil Society Forum in Kabul, says he felt a sense of relief.

And he says most of his friends also support Trump’s decision.

The U.S. president’s abrupt move over the weekend to scuttle a potential deal with the Taliban surprised many who had been following the multiple rounds of negotiations. It has also led to questions about what might come next.

As news of the canceled Camp David meeting spread, Rafiee’s view of Trump’s decision appeared to be shared by many Afghans, who have seen their government’s top leaders reduced to spectators as negotiations have played out for nearly a year between U.S. envoy Zalmay Khalilzad and Taliban officials.

The talks had aimed for a deal that would see the U.S. carry out an initial withdrawal of more than a third of the 14,000 troops still in Afghanistan. In exchange, the Taliban were to promise they would not allow Afghanistan to be a base for global terrorist attacks.

But Rafiee, whose Swiss-backed group works to promote peace and democratic rights, says he grew more disenchanted as the U.S.-Taliban talks wore on yet insurgents killed more Afghans — even as negotiators appeared ready to close a deal. He ticks off a list of atrocities, including bombings in Kabul that ostensibly targeted security forces but killed civilians.

“They have attacked every single public place,” he says.

Perhaps the bitterest pill, Rafiee says, was hearing that Trump, in a series of tweets, cancelled the talks over an attack in Kabul last week that killed a U.S. service member.

“How come, it could be justified, that one American equals — actually — is more important, than 45,000 human lives in Afghanistan?” he asks, referring to the number of Afghan security forces killed from 2014 to January 2019, according to President Ashraf Ghani’s office.

Trump’s stated rationale was also questioned by Laurel Miller, the State Department’s acting special representative for Afghanistan from 2013 to 2017.

“Obviously, the attack was very tragic, but you have to look at this against the backdrop of ongoing violence in Afghanistan over all the months of negotiation, nearly a year now,” Miller says in an interview with NPR’s Rachel Martin. “And so there’s really no reason to believe that this latest attack was uniquely the reason for calling it off.”

The cancellation also raised a number of other concerns, such as why a high-profile session with the Taliban was timed to occur days before the anniversary of the Sept. 11, 2001, terrorist attacks and why U.S. negotiator Khalilzad hadn’t made a cease-fire agreement mandatory before the session could take place.

With the Taliban talks off and Khalilzad recalled to Washington, some Afghans are asking themselves what might come next, as their country reels and insurgents appear to be readying for new violence.

Zabihullah Mujahid, a Taliban spokesman, says there has been no further contact with U.S. officials since the Trump tweets. “God willing, America will be compelled to accept our point of view, either through dialogue, or they will have to leave our country because of our jihadi operations,” he says.

On Monday, Trump said peace talks with the Taliban are dead.

“They’re dead. As far as I’m concerned, they’re dead.” Trump made the comments as he departed the White House for a trip to North Carolina.

But the Taliban say they are still willing to accept a deal previously reached with the U.S.

Spokesman Suhail Shaheen tells NPR that the Taliban had already signed their copy of the agreement — and handed it over to officials from the Gulf state of Qatar, who have been hosting the talks.

“In our view, it only remains to be signed in a ceremony in the presence of international witnesses and the media. For that we are ready,” Shaheen says.

The developments come as Afghanistan prepares to hold presidential elections, set for Sept. 28, in which Ghani is expected to be returned to power. The Afghan leader was cut out of the now-scuttled talks because Taliban officials refused to allow the country’s government to participate, accusing Ghani’s government of being stooges for the Americans. The insurgents have warned they will violently attack people and places linked to the elections.

Ghani’s office has issued a statement saying it “reiterates its stance on holding the presidential elections on September 28,” and blames the Taliban’s violence “against Afghans as the main obstacle to the ongoing peace negotiations.”

For many Afghans, the failed talks show that the Taliban and United States couldn’t negotiate secretly or alone, says parliamentarian Shinkai Karokhail, who belongs to Ghani’s political party.

“This was a good lesson for the further talks, it kind of shook everyone and alerted them,” Karokhail says.

“We don’t want Afghans killing Afghans, if it is a Talib or a soldier of the army or police or security forces they are all Afghans,” she says, calling for a deal that involves the government as legitimate representatives of the people. “We are in the favor of a fair deal,” she says, “not a deal which Americans and Taliban do it between themselves.”

Meanwhile, in neighboring Pakistan, officials are bracing for more browbeating now that the talks are off. Pakistan, which is widely believed to host the Taliban leadership in the garrison town of Quetta, had helped facilitate negotiations, and its assistance was seen as key to rehabilitating relations with Washington. Pakistani officials also had hoped that success would bring leverage in their current conflict with India over the disputed Himalayan territory of Kashmir.

As for the erstwhile meeting at Camp David, former envoy Miller says the U.S. and the Taliban might have had very different expectations. While the Trump administration may have wanted to reopen discussions about an agreement at Camp David, the Taliban considered the deal final, she says.

And then there’s the question of what motivates each side in these prolonged talks to end a prolonged conflict.

“If all the United States wanted to do was withdraw from Afghanistan, it doesn’t need to make a deal with the Taliban to do it. It can just do it,” Miller says. “And if that’s what the U.S. wants, then any assurances the Taliban gives about counterterrorism and al-Qaida, etc., are utterly worthless. The only value of the U.S.-Taliban deal is if it is a prelude to an actual peace process among Afghans.”

Trump had seemed optimistic about reaching a deal with the Taliban as far back as January — but even a tweet about it at the time ended in a question:

“Negotiating are proceeding well in Afghanistan after 18 years of fighting..” the president tweeted. He continued, “….Fighting continues but the people of Afghanistan want peace in this never ending war. We will soon see if talks will be successful?”

With additional reporting by NPR’s Tom Bowman in Afghanistan, Khwaga Ghani in Kabul and Abdul Sattar in Islamabad. NPR’s Casey Noenickx contributed to this report.