House Ways and Means Committee Chairman Richard Neal, D-Mass., is pointing to a provision in the U.S. tax code as his authority for requesting the president’s personal and business tax records. 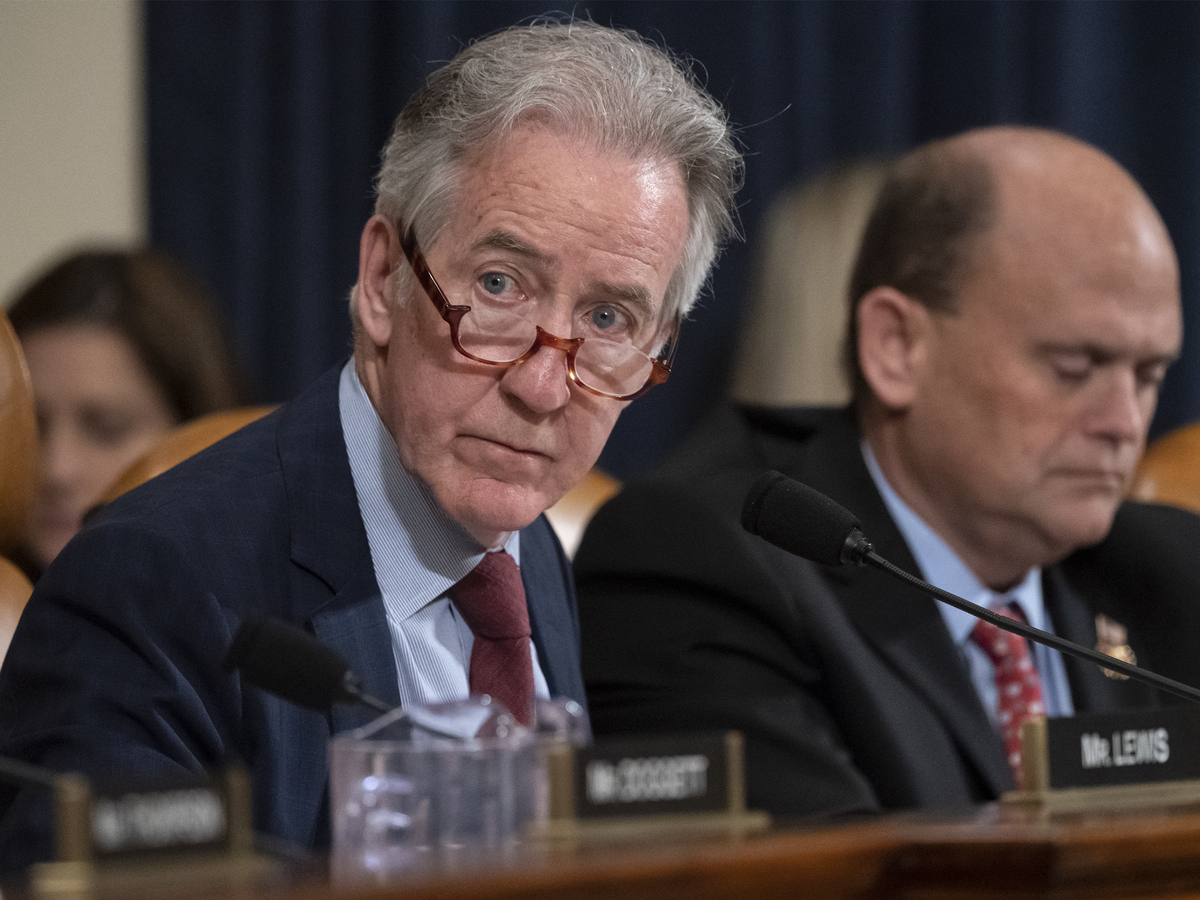 House Ways and Means Committee Chairman Richard Neal, D-Mass., is pointing to a provision in the U.S. tax code as his authority for requesting the president’s personal and business tax records.

Democrats say the returns include information about Trump and his business dealings that is critical to their constitutional oversight duties. House Ways and Means Committee Chairman Richard Neal, D-Mass., issued the subpoena after Mnuchin failed to comply with a request from House Democrats that he voluntarily turn over the returns.

“While I do not take this step lightly, I believe this action gives us the best opportunity to succeed and obtain the requested material. I sincerely hope that the Treasury Department will furnish the requested material in the next week so the committee can quickly begin its work,” Neal said in a written statement.

Administration officials, including Mnuchin, insist the request is unreasonable and illegal. Democrats argue that Neal, as chairman of the Ways and Means Committee, is legally allowed to request the tax returns of any private citizen — citing a section of the tax code that states the Treasury secretary “shall furnish” that information.

But Mnuchin rejected the request this week, telling Neal that he was relying on Department of Justice advice that the request “lacks a legitimate legislative purpose.”

Trump has refused to comply with requests for his taxes since before he was elected, arguing that he is under audit and he does not believe he is legally required to disclose the information. “There is no law,” Trump said in April. “While I’m under audit I won’t do it.”

The IRS’s Rettig told the House Appropriations Committee in April that there is no rule barring the release of tax returns if an individual is under audit.

Democrats say they are prepared for a lengthy court battle over the returns.

House Speaker Nancy Pelosi, D-Calif., says Democrats have the legal authority to request Trump’s taxes and must do so as part of their ongoing investigations.

This week, Pelosi cited a recent New York Times report that Trump reported more than $1 billion in losses between 1984 and 1993 as further reason to request his returns.

“It would be useful to see his tax returns,” Pelosi said at an event sponsored by The Washington Post. “The law says the administration ‘shall’ give the — ‘shall.’ It doesn’t say ‘may, should, could, under certain circumstances.’ It says ‘shall’ give those tax returns to the Ways and Means chairman.”