William Taylor, the acting U.S. ambassador to Ukraine, arrives on Tuesday at a closed session before the House Intelligence, Foreign Affairs and Oversight committees at the U.S. Capitol. 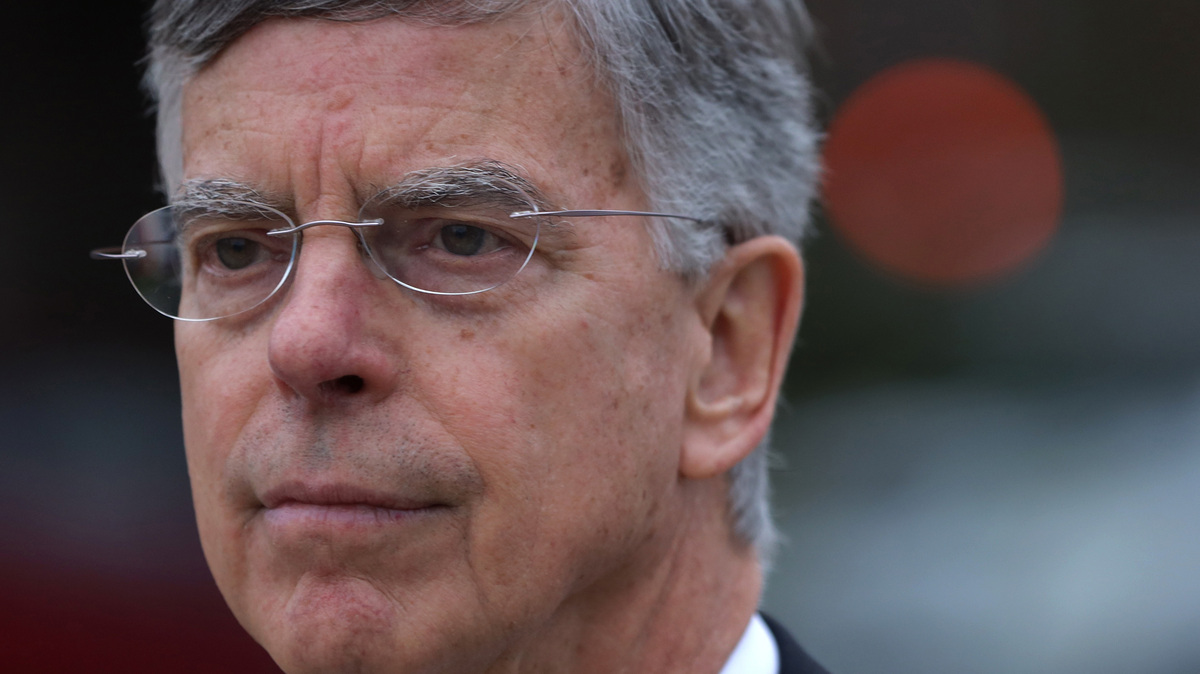 William Taylor, the acting U.S. ambassador to Ukraine, arrives on Tuesday at a closed session before the House Intelligence, Foreign Affairs and Oversight committees at the U.S. Capitol.

Taylor, the top U.S. diplomat in Ukraine, described a shadow foreign policy operation being led by President Trump’s personal attorney Rudy Giuliani where U.S. aid to Ukraine was contingent on the country undertaking investigations that could help Trump in his campaign for reelection in 2020.

Taylor testified that Trump told Gordon Sondland, the ambassador to the European Union, that he “was not asking for a ‘quid pro quo.’ ” But Trump did insist that Ukrainian President Volodymyr Zelenskiy “go to a microphone and say he is opening investigations of Biden and 2016 election interference.”

The White House was defiant, calling the release “selective leaks” and “a coordinated smear campaign from far-left lawmakers and radical unelected bureaucrats.”

Here are more highlights from the 15-page statement, obtained by multiple outlets and confirmed by NPR:

Ambassador Sondland told Taylor on a June 28 call that he did not want to include “regular interagency participants” in a call planned for Zelenskiy with Ambassador Kurt Volker, the special envoy to Ukraine, and Energy Secretary Rick Perry. Sondland said he wanted to make sure that no one was transcribing or monitoring the conversation.

No security assistance for Ukraine

During a regular National Security Council call on July 18, an unidentified staff person from the White House Office of Management and Budget said — to Taylor’s alarm — that “her boss” had instructed her not to approve any additional spending of security aid for Ukraine until further notice.

“I and others sat in astonishment — the Ukrainians were fighting the Russians and counted on not only the training and weapons, but also the assurance of U.S. support,” Taylor wrote.

NSC officials told Taylor that they were unaware of any official change in U.S. policy on Ukraine, but confirmed that White House Chief of Staff Mick Mulvaney — who had a “skeptical view of Ukraine” — had put the hold on the aid.

Taylor recounted a July 20 phone conversation with Sondland where the EU ambassador said he had told the Ukrainian president to use the phrase “I will leave no stone unturned” when speaking to Trump about “investigations.”

On a trip to the conflict zone in eastern Ukraine, Taylor said he and Volker received a briefing from the commander on the front line, where they could see hostile Russian-led forces.

“Over 13,000 Ukrainians had been killed in the war, one or two a week,” Taylor wrote. “More Ukrainians would undoubtedly die without the U.S. assistance.”

Sondland told Taylor in a Sept. 1 phone call that Trump wanted Zelenskiy to state publicly that Ukraine would investigate Burisma — the energy company where the son of former Vice President Joe Biden sat on the board — and investigate alleged (and debunked) Ukrainian interference in the 2016 election.

Sondland also told Taylor that “he had made a mistake” by telling the Ukrainian officials that a White House meeting with Zelenskiy depended on that public statement. “In fact, Ambassador Sondland said, ‘everything’ was dependent on such an announcement, including security assistance,” Taylor wrote.