From Pain To Purpose: 5 Ways To Cope In The Wake Of Trauma

People light candles during a prayer and candle vigil organized by the city, after the recent shooting at a WalMart in El Paso, Texas. 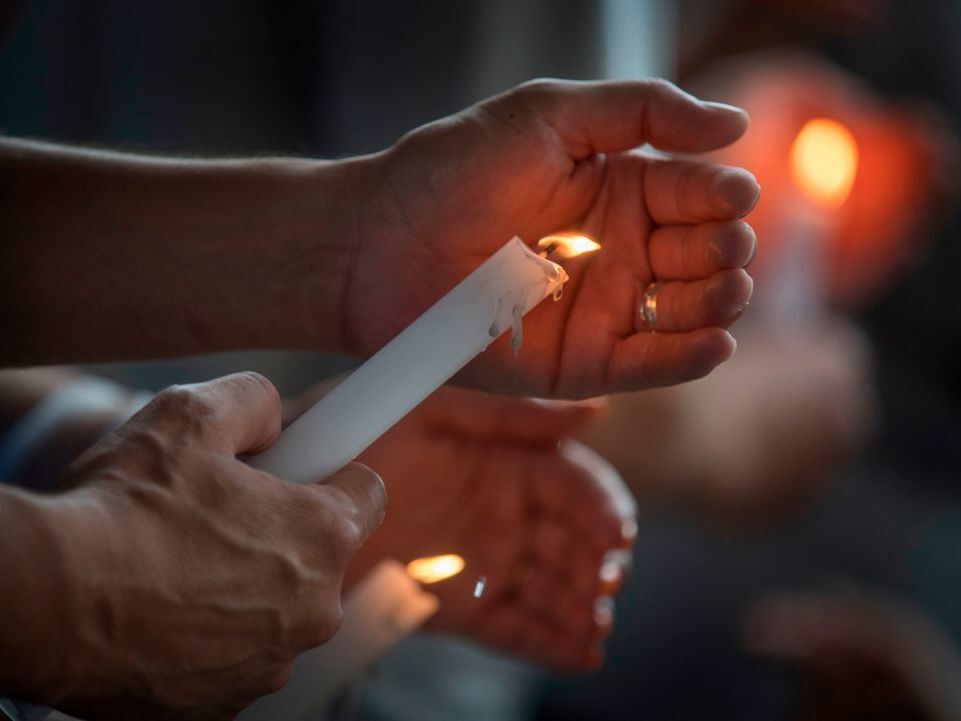 People light candles during a prayer and candle vigil organized by the city, after the recent shooting at a WalMart in El Paso, Texas.

Could it happen here? It’s a question a lot of people ask in the wake of a traumatic event.

Even if you’re not directly connected to the events in El Paso, Gilroy or Dayton, chances are you’ve felt the weight of them.

“People do feel traumatized,” says family therapist Jonathan Vickburg, of Cedars Sinai in Los Angeles. The idea that an act of violence could happen anywhere makes us anxious. People may think twice about attending a music festival or walking into a WalMart.

But, there are strategies to counter the fear — and move forward.

Rian Finney, 16, knows the feeling of vulnerability all too well. He’s never witnessed a mass shooting, but he’s grown up surrounded by violence.

As a young kid in west Baltimore, he’d fall asleep to the sound of fireworks — or at least that’s what he thought. Then, one day his parents told him he was hearing gunshots.

“It was just shock, that those [shootings were] happening right outside my house,” Finney says. Living amid violence began to take its toll, especially in moments when he felt threatened. “I just felt this sense of, like, fear and anxiety going through my entire body,” he says.

If we continually lead people down the path of goodness, then stuff can actually change.

When you’re in survival mode, there’s a loss of hope, he says. “It’s just an overwhelming sense of nothingness, like I can’t do anything.”

But after events such as the death of Freddie Gray, Finney — with the help of his parents and mentors — turned his fear into purpose.

“It does give me a sense of purpose to realize I can do something to combat this [violence],” Finney says.

He’s gotten involved in groups including, Good Kids Mad City, which among other things, advocates for more safe spaces in the city for teens, and a network of advocates he met this summer at a Summer Youth Institute at Johns Hopkins. He advocates for changes such as new gun laws and social equality. He’s about to begin 11th grade at Baltimore Polytechnic Institute and has interned in the law offices of Murphy, Falcon Murphy this summer.

He’s now seen as a leader among his peers — motivating others to get involved. “If we continually lead people down the path of goodness, then stuff can actually change,” he says.

Finney’s ability to make meaning out of the misery of violence is an effective way to cope, says Vickburg, whether you have a personal connection to the recent mass shootings, have other experiences with trauma, or are just feeling distressed by the climate of violence today.

“What happens in trauma is we feel helpless,” says Vickburg. “But if we can find purpose again … we have a path forward and a path to help others.”

Vickburg and other counselors and psychologists we spoke to offered advice for processing the repercussions of violence and trauma. They say trying these things can make you feel better — and might help make your community safer and more peaceful too.

1. Give yourself time to build resiliency

When you’re ready, try to reframe your thinking about the traumatic event. Instead of re-playing the trauma and saying to yourself, “this is horrific,” try to imagine something good that could come from it, suggests Vicksburg. When you can make this shift (from pain to purpose), it can help you begin to bounce back.

“This is resiliency,” Vickburg says. This process may take a while. After a traumatic event it can take time to feel safer and to slowly notice what helps you feel better.

2. Find a circle of support

It’s helpful to talk and connect with others as part of the healing process. “When you hold things in, it bubbles over and leads to worse outcomes,” says Finney. Find peers who share your beliefs an values.

When it comes to your family — and your children — it’s important to communicate during times of trauma.

“Sit down and start a conversation,” says Robin Gurwitch, a psychologist and child trauma expert at Duke University Medical Center. You want to encourage questions and validate others’ feelings by listening without judgment. If children are confused by violent events, you can help interpret or clear up misinformation. You can also assure them, that while there’s pain, you’ll get through it together.

Gurwitch says one way to dial back the stress of these events is to talk to your family and friends about the ideologies or the misconceptions that may give rise to hateful acts.

From there, think about ways to counter them. The days and weeks following national tragedies offer an opportunity because people are paying attention.

Making change and seeing change happen is a way to move forward.

“Find ways to take care of yourself,” says Vickburg. One idea is to set a regular time to go to the gym, perhaps for a group class, or to take a walk. Exercise has been shown to tamp down stress. Consider creative outlets such as painting or poetry, just for fun. Finney says he listens to music to unwind.

Another idea: Keep a journal and write or repeat positive affirmations. Finney has several affirmations that he shared with other teens during the Hopkins seminar. “These [positive messages] give me an extra push if I’m feeling down,” Finney says.

It’s important to note that if you begin to feel that coping is too difficult it may be useful to seek professional help.

Amani Surges Martorella, a clinical social worker at Johns Hopkins University, says we can change our feelings by taking moments during our day to be in the present without worry about the past or future.

She helped lead Finney and his fellow participants at the Johns Hopkins’ summer institute through a series of what she calls “micro-practices.” They’re based on a book called Bouncing Back.

“Micro-practices are exercises that require minimal time … and allow you to, over time, increase your own resiliency to the stress of day-to-day life as well as to traumatic adverse events, should they occur,” says Martorella.

One practice is to reflect on gratitude. Here’s how: First, begin with a few moments of quiet reflection and focus on just your breath. Then, shift your focus to a simple interaction that you’ve been part of today. Did someone hold open a door for you or greet you warmly? Notice and embrace how this act of kindness makes you feel. Then, shift your focus more broadly to think of any family member, teacher, or mentors who has been supportive. Then, expand your thoughts more globally to leaders who inspire you. Take time to notice at each step how those thoughts make you feel in the moment.

Just as Finney threw himself to action, look for opportunities to get involved.

“Meaning-making [can be] important to the healing process, says Gurwitch.

Pushing for change can start with small steps — within your schools or community. “If you see someone being harassed or put down, think: what can you do?” says Gurwitch. You can offer support to the person and offer your own beliefs to counter unkind or bigoted thinking.

“Most people are good and want to do right,” Gurwitch says.

Gurwitch says, you can also get involved in issues you care about. Look for groups in your community that look to address issues you may care about, whether it’s gun violence, mental illness or traumatized youth.

She points to the efforts that have sprung from prior tragedies, such as the advocacy that has followed Parkland or the passion of parents of victims of Sandy Hook to establish foundations to honor their children or to pursue actions to prevent future tragedies.

“Taking action, whether it be political action, community-based work, or advocacy, allows a person who may feel powerless to begin to reclaim a sense of agency,” says Martorella. “Making change and seeing change happen is a way to move forward. In turn, moving forward encourages others to do the same.”