Elizabeth Warren’s New Plan On Guns Has A Goal: Reduce Gun Deaths By 80%

Elizabeth Warren at a campaign stop at the AMVETS in Chillicothe, Ohio, on May 10. Warren released her plan to combat gun violence on Saturday. 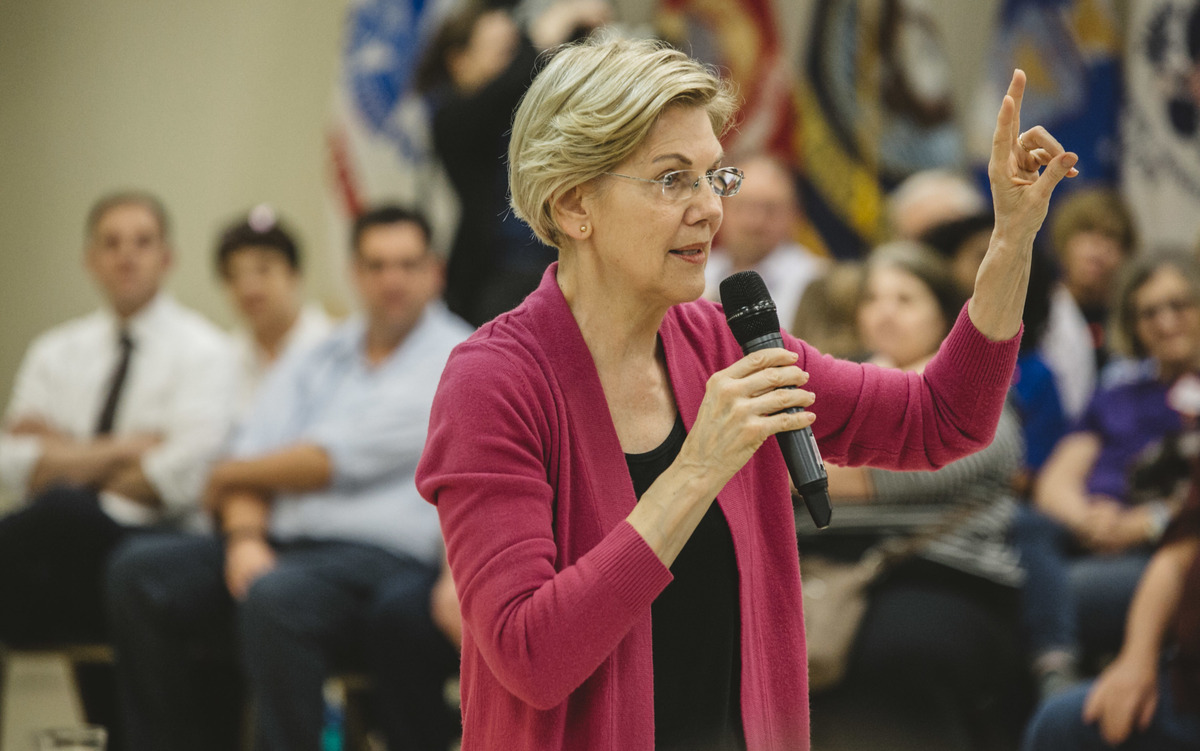 Elizabeth Warren at a campaign stop at the AMVETS in Chillicothe, Ohio, on May 10. Warren released her plan to combat gun violence on Saturday.

Announcing her plan, Warren said the first step toward meeting her goal is immediate administrative action, which includes a range of ideas such as requiring background checks, investigating the NRA, and revoking licenses for gun dealers who break the law.

She is also reiterating her desire to eliminate the filibuster to pass gun legislation, citing the fact that a majority of Americans support gun restrictions, and her belief that gun control could pass in the Senate.

“We’ve gotta have a leader who’s willing to stand up to the gun lobby and say no more. And to take away one of their principle tools, which is the filibuster,” she said.

But Warren is going beyond some of the more commonly discussed ideas, such as stricter background checks or a ban on assault weapons. Her plan calls for creating a federal licensing system, limiting the number of firearms someone could buy, raising the minimum age to 21 for purchasing a gun, holding gun manufacturers liable (and, in some cases, even holding gun industry CEOs personally liable).

Additionally, Warren’s plan calls for $100 million annual investment into gun violence research. She points out that the frequency of automobile deaths in the United States declined with widespread safety measures, such as seat belts and air bags. With the same approach, she says, her goal of an 80% reduction in gun-related deaths could be achieved.

Warren’s policy proposal comes ahead of a candidate forum in Des Moines, Iowa, this weekend hosted by Everytown for Gun Safety, where 17 presidential candidates are expected to speak.

Warren, whose campaign sells T-shirts that say she “has a plan for that,” is known for plans that promise large-scale structural change. She had not previously discussed detailed plans for gun control. But there was a sense of urgency in the aftermath of two mass shootings in Ohio and Texas last weekend.

On Friday, Warren also called on Walmart to stop selling guns. It’s an idea that has been echoed by fellow Democratic presidential candidates Sens. Bernie Sanders and Cory Booker, as well as Julián Castro.

In speaking with NPR, Warren acknowledged that, of course, people want more immediate action on guns, rather than waiting until the next presidency. She said the best solution for now is for people to maintain pressure on President Trump and Senate Majority Leader Mitch McConnell, who she pointed out has yet to bring two gun bills that have come out of the House to the Senate floor for a vote.