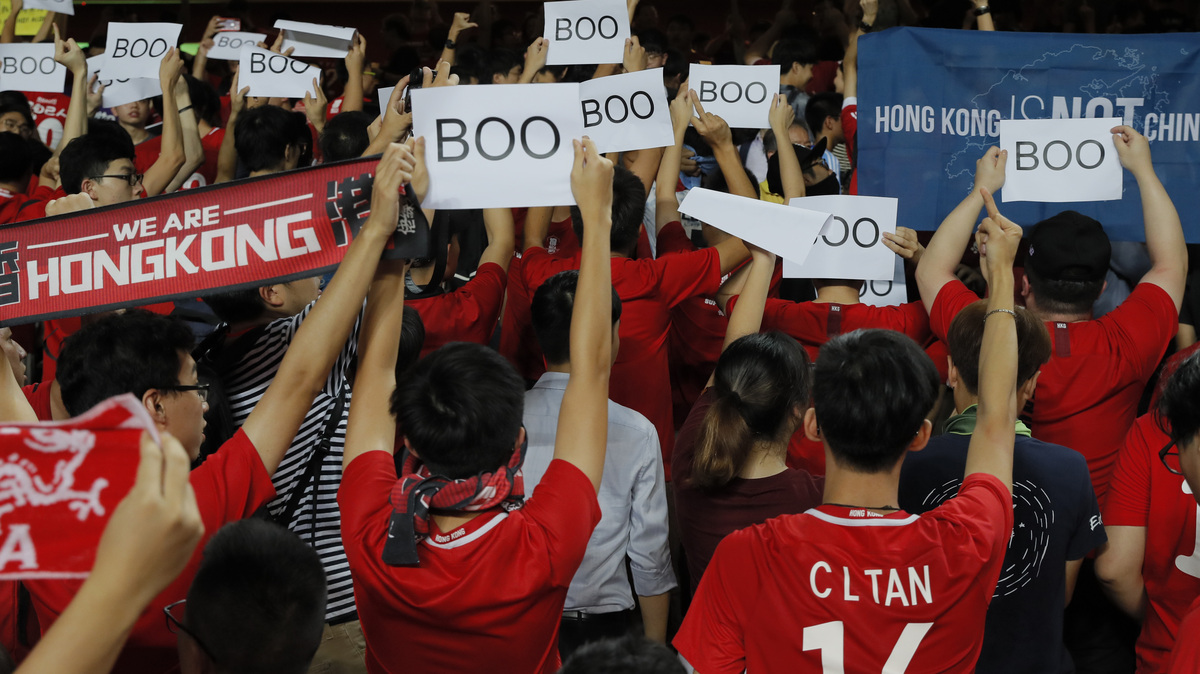 FIFA fined the Hong Kong Football Association Wednesday after fans protested the Chinese national anthem at a World Cup qualifying game against Iran. The Hong Kong and China national teams are separate, but FIFA plays the Chinese anthem because Hong Kong is considered an administrative region of China.

Disciplinary records said that Hong Kong supporters breached article 16 of the FIFA Disciplinary Code by disturbing a national anthem and using objects to “transmit a message that is not appropriate for a sports events.”

The Hong Kong Football Association has been ordered to pay 15,000 Swiss francs ($15,000 U.S.) and was given a warning. Hong Kong football officials can appeal the decision.

Though Hong Kong lost to Iran 2-0, protesters were happy to use the game to increase awareness to their cause.

“The emotion here is good, though we lost,” Hong Kong supporter Leo Fan told the AP. “We will fight till the end.”

The Hong Kong Football Association have yet to comment on their sanction.

During the 2018 World Cup qualifiers, Hong Kong was disciplined three times. All three incidents involved the booing of the Chinese national anthem. Hong Kong was fined twice, totalling about $15,000.

FIFA isn’t the only sporting federation to involve itself in the Hong Kong liberation movement. Earlier this week, the Houston Rockets‘ general manager Daryl Morey tweeted support for Hong Kong protesters. The Chinese Basketball Association then announced it will suspend cooperation with the Rockets.

The league’s commissioner clarified Tuesday that the NBA supports free speech, after the Rockets’ owner and an NBA spokesman denounced Morey’s statement.