Changing Your Diet Can Help Tamp Down Depression, Boost Mood

Depression symptoms dropped significantly in a group of young adults who ate a Mediterranean-style diet for three weeks. It’s the latest study to show food can influence mental health. 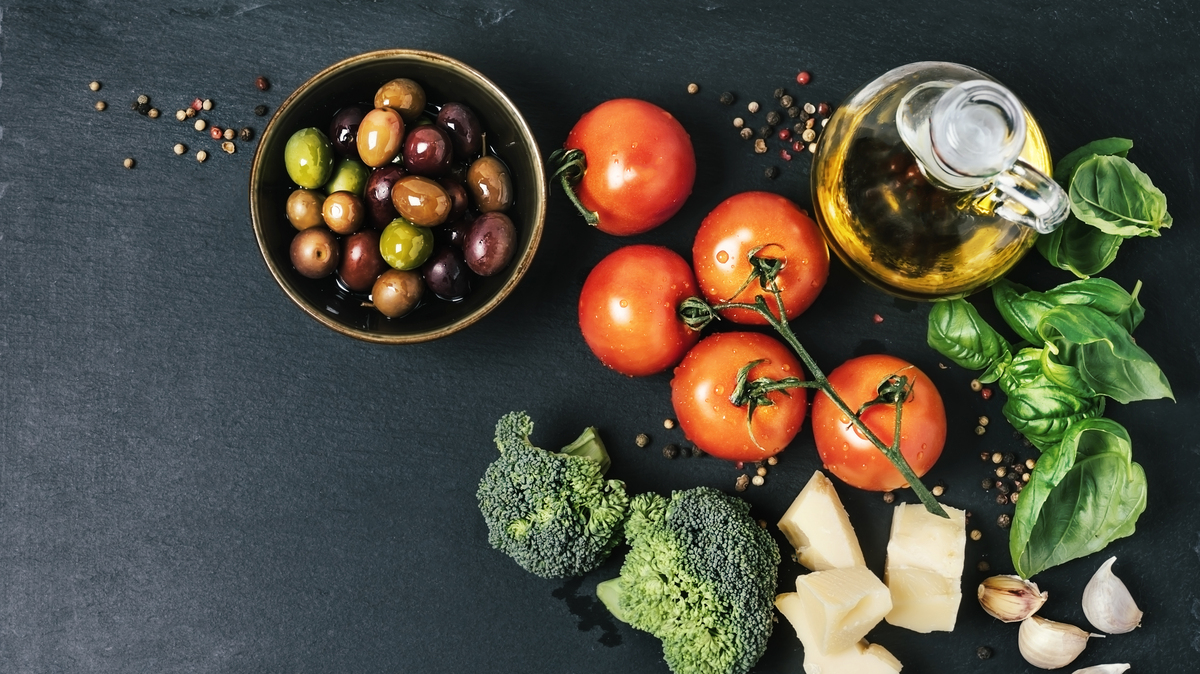 Depression symptoms dropped significantly in a group of young adults who ate a Mediterranean-style diet for three weeks. It’s the latest study to show food can influence mental health.

There’s fresh evidence that eating a healthy diet, one that includes plenty of fruits and vegetables and limits highly processed foods, can help reduce symptoms of depression.

A randomized controlled trial published in the journal PLOS ONE finds that symptoms of depression dropped significantly among a group of young adults after they followed a Mediterranean-style pattern of eating for three weeks. Participants saw their depression “score” fall from the “moderate” range down the “normal” range, and they reported lower levels of anxiety and stress, too.

“We were quite surprised by the findings,” researcher Heather Francis, a lecturer in clinical neuropsychology at Macquarie University in Sydney, Australia, told us via email. “I think the next step is to demonstrate the physiological mechanism underlying how diet can improve depression symptoms,” Francis says.

In this study, participants in the “healthy eating” arm of the study ate about six more servings of fruits and vegetables per week, compared with the control group. Participants “who had a greater increase in fruit and vegetable intake showed the greatest improvement in depression symptoms,” Francis says.

As for dairy, the recommendation was three servings per day, unsweetened. Participants were also instructed to consume three tablespoons of nuts and seeds per day, two tablespoons of olive oil per day and were advised to add in spices, including turmeric and cinnamon.

One of the shortcomings of nutrition science is that it often relies on asking people to recall what they ate in the past. Given our flawed memories, these measures can be unreliable. But this study included a clever way to validate how many fruits and vegetables people consumed. Using a device called a spectrophotometer, the participants had their palms scanned. The device can detect the degree of yellowness in your skin that correlates with your intake of carotenoids, which you get from eating fruits and vegetables.

The scientists used several research questionnaires to evaluate participants’ mental health, including one that asked them how often over the prior week they’ve experienced symptoms of depression.

The new study adds to a growing body of research that supports the connection between diet and mental health. “We have a highly consistent and extensive evidence base from around the globe linking healthier diets to reduced depression risk,” says Felice Jacka, a professor of nutritional and epidemiological psychiatry at Deakin University’s Food and Mood Center in Australia.

For example, a 2013 meta-analysis of 22 previously published studies showed that the Mediterranean diet was associated with a lower risk of depression.

These associations between diet and depression are independent of other confounding factors, such as “education, income, body weight and other health behaviors,” notes Jacka, who’s also the president of the International Society for Nutritional Psychiatry Research. And “this is true across countries, cultures, and — importantly, age groups,” adds Jacka in an email.

However, most of these studies show an association and “can’t imply causation,” cautions Sarris. In other words, the studies don’t prove that changes in diet directly cause the improvement or decline in mood.

It’s complicated to unravel how diet changes may help improve mental health. Though this new study was a randomized controlled trial – considered the gold standard in medical research – people in the study knew that they were part of the group assigned to eat healthy foods. And there’s lots of research showing that if you tell people that they’re doing something that may make them less depressed, they will, indeed, report less depression. That’s known as the placebo effect. Unlike in a study of medication, in a diet study, there’s no way to “blind” the participants so that they don’t know if they’re getting the “medicine” or the “placebo.”

In addition to inflammation, there’s also some preliminary evidence from animal studies suggesting that the gut microbiome can affect brain functioning, and therefore, mental health — for example, by altering levels of the neurotransmitter serotonin, which is largely synthesized by gut bacteria.

More studies are needed to understand those connections in humans and be able to develop targeted interventions for individuals with different mental illnesses, notes Jacka.

Even so, mental health doctors should consider assessing their patient’s diet and lifestyle as a routine part of care, says Dr. Drew Ramsey, a psychiatrist at Columbia University. “We need to talk to mental health patients about what they eat,” Ramsey says. “When people make efforts to care from themselves, and adhere to a belief system they feel is good for them, their mental health is going to improve.” He teaches a medical education course for health care providers who want to learn more about incorporating nutrition into their practices.

However, while diet may be important to our mood and mental health, it is unlikely to be a silver bullet for treating mental illness, notes Sarris.

“Diet is certainly part of the picture, but so are physical activity, good psychological care, medication (when needed) … adequate sleep, adequate exposure to nature, and balanced lifestyle,” he says. “My general take-home message is about having an integrative approach.”