Even With A New Agreement, Brexit Is Not A Done Deal. Here’s Why

Luxembourg’s Prime Minister Xavier Bettel (from left), U.K. Prime Minister Boris Johnson and the European Commission’s chief Brexit negotiator, Michel Barnier, at the start of an EU summit on Thursday in Brussels. EU and British negotiators came to an agreement on the United Kingdom’s departure from the EU known as Brexit. 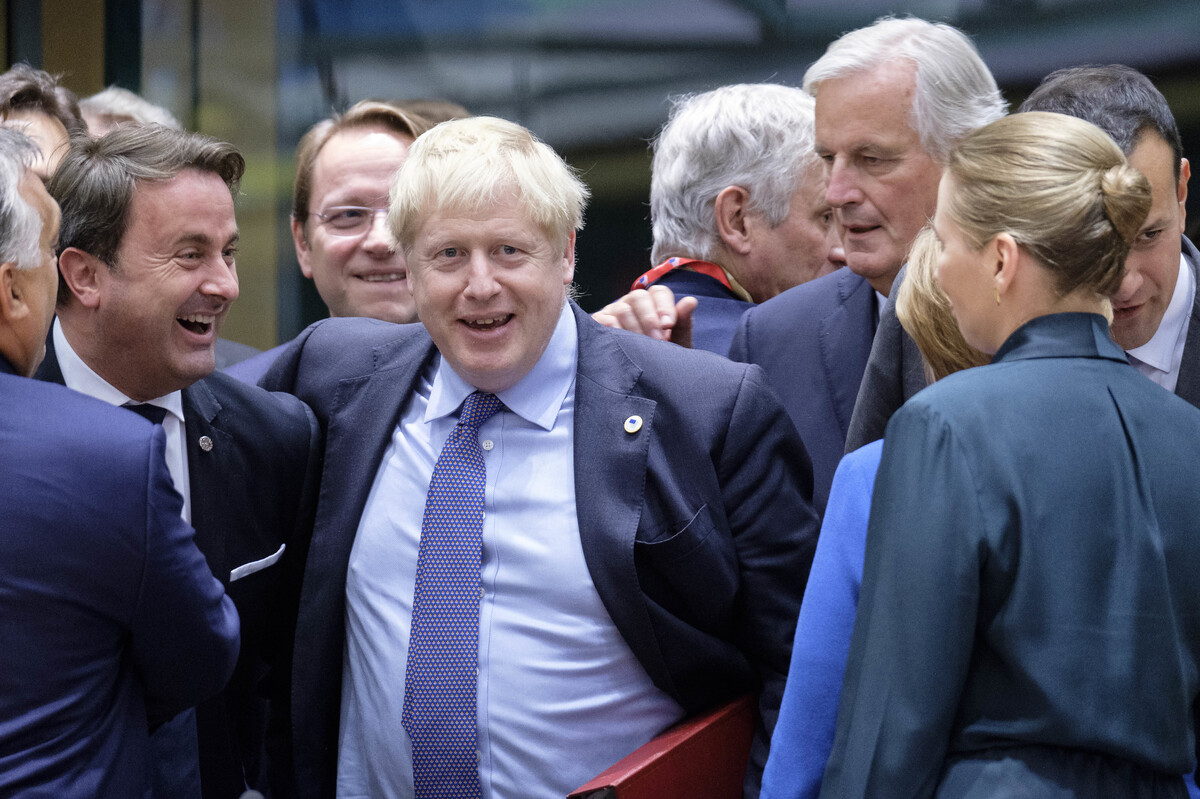 Luxembourg’s Prime Minister Xavier Bettel (from left), U.K. Prime Minister Boris Johnson and the European Commission’s chief Brexit negotiator, Michel Barnier, at the start of an EU summit on Thursday in Brussels. EU and British negotiators came to an agreement on the United Kingdom’s departure from the EU known as Brexit.

The European Union and the United Kingdom reached a new Brexit agreement on Thursday, and while it appeared to mark a big breakthrough in the years-long process, the saga doesn’t end here.

The withdrawal deal still needs approval in both the U.K. and European parliaments. Although EU leaders unanimously endorsed it in Brussels on Thursday, it faces stiff opposition in Britain’s Parliament, which has voted down three previous Brexit deals.

Here are some of the sticking points in the latest withdrawal deal and what could happen next.

What are some details of the agreement?

After Britain leaves the EU, Northern Ireland would still legally be inside the U.K.’s customs area, but it would begin collecting duties for the EU on products arriving from Great Britain that could eventually be destined for Ireland. That arrangement prevents the need for a customs border between the Irish Republic and Northern Ireland. But it effectively creates one in the Irish Sea, which opponents of the deal say amounts to a separation of Northern Ireland from the rest of the U.K.

The Northern Ireland Assembly — which hasn’t met in more than two years — would vote every four years on whether to continue this arrangement.

So is Brexit a done deal?

No, the deal has to be ratified by the British Parliament on Saturday. The opposition Labour Party, the Liberal Democrats and the Scottish National Party are expected to reject it. Prime Minister Boris Johnson can count on the support of his Conservative Party, but it doesn’t have a majority in Parliament. It has relied on the 10 votes of the Democratic Unionist Party of Northern Ireland. That group is opposed to the new Brexit deal. “The proposals are not … beneficial to the economic well-being of Northern Ireland and they undermine the integrity of the Union” of the United Kingdom of Great Britain and Northern Ireland, the DUP said in a statement. Johnson was “too eager by far to get a deal at any cost,” Nigel Dodds, the DUP’s deputy leader, told reporters.

What is the Democratic Unionist Party’s problem with the deal?

Why is avoiding a customs border on the island of Ireland so important?

Both Ireland and the U.K. are members of the EU, and the border between Northern Ireland and the Irish Republic is open and seamless. It is no longer the symbol of division and violence it once was during the conflict between Protestants and Catholics in the last century. Customs checks along the Irish border would emphasize the partition of the island, and there are fears that the goodwill developed since the 1998 Good Friday peace agreement would be lost and that there could even be violent attacks on customs posts.

Has the fear of Britain leaving the EU without a deal now receded?

A no-deal Brexit now seems much less likely. There is considerable political will to get this deal approved. If it fails in Parliament, Johnson is required to seek another extension from Brussels to enable more negotiations. Yet British government ministers and EU politicians say they hope the deal will pass and there will be no need for a further delay beyond Oct. 31.

All eyes will turn to the British Parliament on Saturday to see whether Johnson can push this deal through. People will march through the streets of London to call for a second referendum to give voters a “final say” on Johnson’s withdrawal agreement, with an option to stay in the EU. If British lawmakers approve Johnson’s deal, the U.K. will legally leave the EU at the end of this month, but it will enter a transition period in which all the current rules remain the same to avoid disruption as the U.K. and EU negotiate a new relationship. The transition period would run to the end of December 2020.