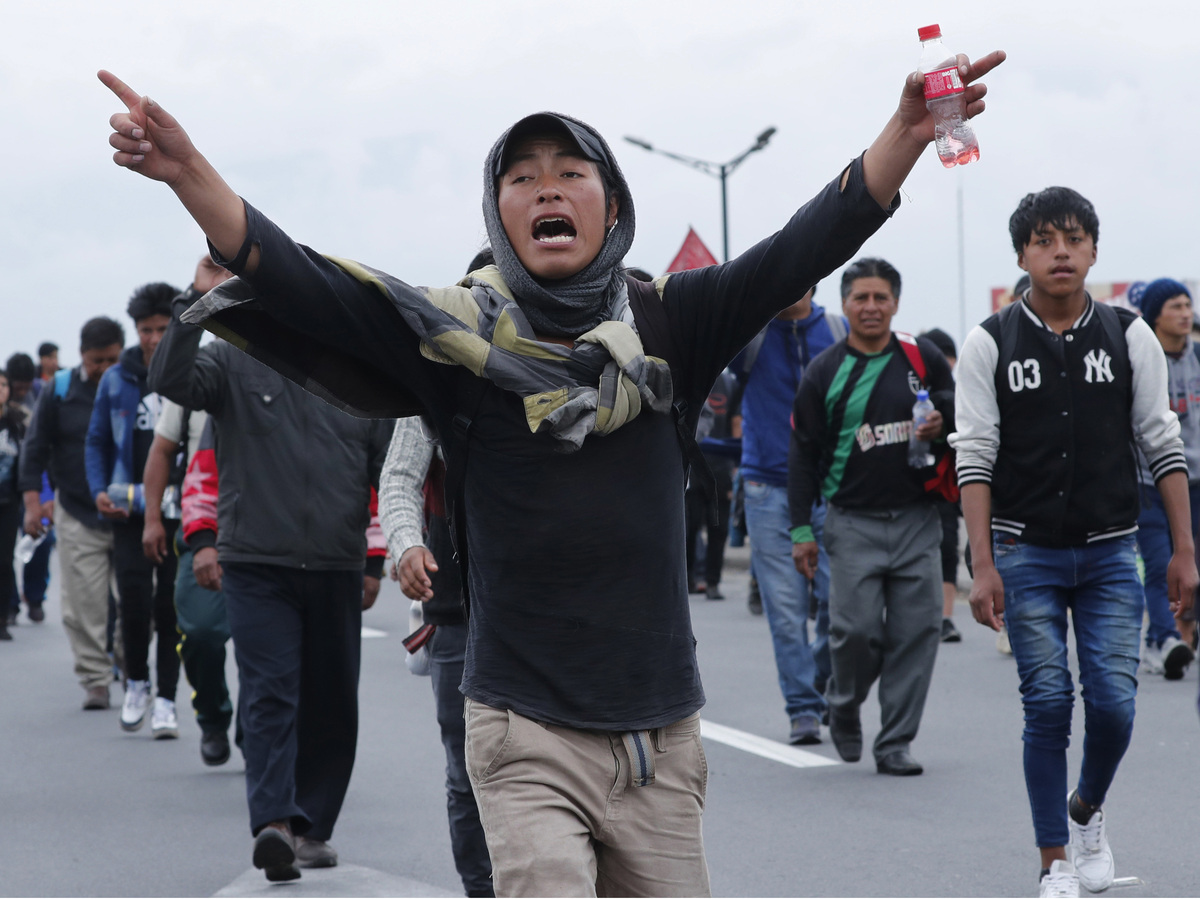 Less than a week after Ecuador scrapped its nationwide fuel subsidies, prompting a massive spike in prices and popular anger, violent protests have helped drive President Lenín Moreno and his government from the country’s capital. In a nationwide address Monday, Moreno announced that he and his ministers are presiding from the coastal city of Guayaquil after Quito’s dangerous descent into “looting, vandalism and violence.”

“Violence and chaos will not defeat democracy,” Moreno said while flanked by police and military commanders, pointedly displaying their support for his administration. He dismissed the unrest as a politically motivated attempt to destabilize his government. “Peace will be victorious again.”

And he held firm to his decision to cut the subsidies, which had been in place for 40 years before Moreno dropped the — as he put it — “perverse” and harmful program. The president adopted those measures as part of a broader austerity plan, stipulated by the International Monetary Fund in a loan agreement inked with Ecuador earlier this year.

In the turbulent days since the subsidies were slashed, gas prices have more than doubled and violent protests have engulfed the country — including its oil industry. The Ministry of Energy announced Tuesday that the country’s state-owned oil producer, Petroamazonas, had suspended operations at three of its oil fields in the Amazon rainforest, saying outside groups “violently entered” the facilities Monday afternoon.

The company estimates that as long as those operations are halted, it could lose some 165,000 barrels of crude production per day.

Similarly, the Energy Ministry said the Trans-Ecuadorian Oil Pipeline System saw a costly disruption of service after a breach of the facilities by people it described as unconnected with operations. Authorities said the suspension, which lasted about 2 hours and 20 minutes, cost the country roughly $1.7 million.

As of Tuesday morning, some 570 people have been arrested for taking part in what the president’s chief of staff, Juan Sebastián Roldán, called a “crime wave.” 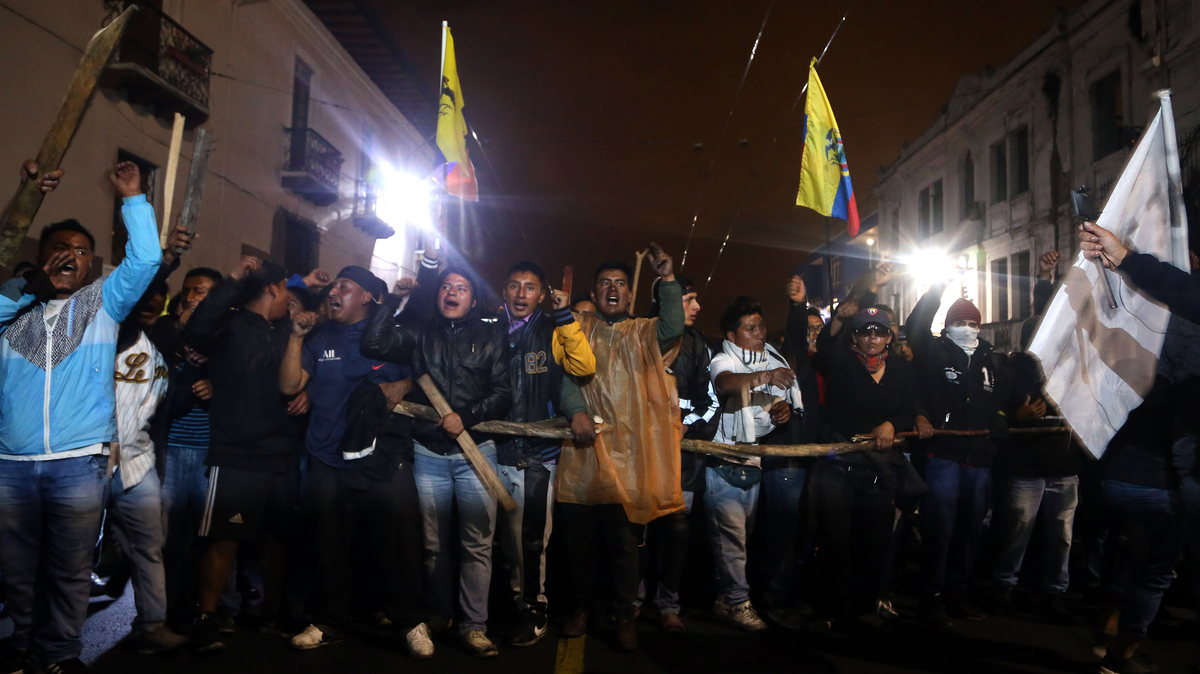 Much of the anger has been expressed by transportation workers and indigenous groups, thousands of whom marched into Quito on Monday. But indigenous leaders objected to any suggestion that they were behind the violence that ravaged the capital, with rioters forcing entry into the comptroller general’s office and vandalism marring the assembly building.

Moreno’s government has insisted that violent interlopers have infiltrated the indigenous protests, wreaking havoc with the backing of former President Rafael Correa. Moreno’s predecessor and erstwhile mentor lives in de facto exile after an Ecuadorian court ordered him to be jailed in connection with the kidnapping of a lawmaker during his presidency.

From his current residence in Belgium, Correa has savaged the policies of his successor and made known his position on the unrest now unfolding: “Moreno is finished, as happens with every traitor sooner or later,” Correa tweeted Monday, asserting that Moreno “has no legitimacy to govern.”

Moreno and members of his administration maintain that Correa has been working with Venezuelan President Nicolás Maduro — with whom Moreno has repeatedly clashed — to stoke the violence of recent days and orchestrate a coup. Earlier this year Ecuadorian officials alleged that Maduro paid Correa more than a quarter-million dollars for his role in a bid to destabilize Moreno’s government.

Correa, in comments to Reuters on Tuesday, scoffed at the claim that he was leading ouster efforts and called the people voicing it “such liars.”

“They say I am so powerful that with an iPhone from Brussels I could lead the protests,” he told the wire service. “People couldn’t take it anymore, that’s the reality.”

Juan Guaidó, the Venezuelan opposition leader who declared himself the country’s interim president earlier this year with U.S. backing — but without success at ousting Maduro — voiced his support for Moreno’s allegations Monday. He asserted, without providing evidence, that a group financed by the Venezuelan president is taking advantage of the “most vulnerable” and trying to “end [Eduador’s] stability.”

The Organization of American States also came out Tuesday in support of Moreno. The regional diplomatic organization said in a statement that it supports peaceful protests but that “it is indefensible that some actors use them as a right to violence, looting and vandalism.”

The OAS added that it “considers it essential that all parties respect the constitutional term for which President Lenin Moreno was elected and reiterates its rejection of any form of interruption of his government.”