Crowds streamed into the new Costco location, which opened on Tuesday in Shanghai. 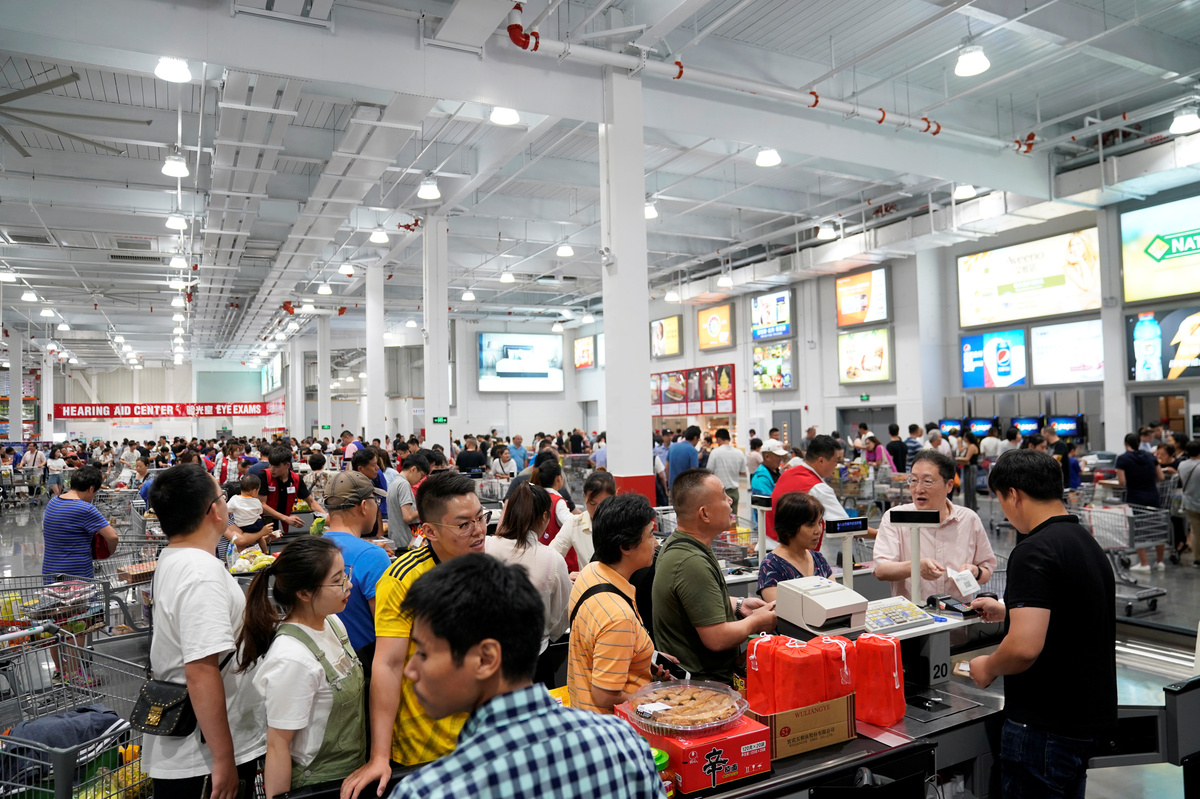 Crowds streamed into the new Costco location, which opened on Tuesday in Shanghai.

It looks like Costco is a hit in Shanghai. On Tuesday, the U.S. wholesale chain opened its first location in mainland China and was so inundated with eager shoppers that the store closed early owing to “security concerns.”

The next day, Costco began limiting the number of shoppers in its warehouse to 2,000 at a time. “Local police will assist in improving traffic in the area, in order to lessen the disturbance to our neighbors, and we have improved our internal guest flow system,” the company said in a statement on the social media platform WeChat.

Costco said that in the coming week, people who have memberships to the store will be notified “if we are nearing maximum capacity or if there are long wait times.”

Photos from the store opening show long lines of customers queued up to apply for membership and crowds of people surrounding a roast chicken counter and freezers full of meat.

Shoppers crowd the meat counter. This is the first Costco in mainland China.

The company, which first opened in the U.S. in 1976 under a different name, offers its members bulk items at wholesale prices. The cavernous stores are known for vast shelves with items stacked nearly to the ceiling.

According to the Chinese news agency Xinhua, membership to the Shanghai store costs about $42 annually. “Prices of general merchandise in Costco are 30 to 60 percent lower than market prices and the food sold there is 10 to 20 percent cheaper,” Xinhua noted.

The low prices certainly created a commotion, with checkout lines two hours long and three-hour waits simply to find a spot in the parking lot.

It’s worth noting that some major international brands have had a hard time in China. As Bloomberg reported, “Carrefour SA sold an 80% stake in its China unit at a discount in June while German wholesaler Metro AG is looking to sell its operations.”

Sam’s Club, the Walmart-owned rival wholesaler, has had a presence in the Chinese market for more than 20 years. It currently has at least 23 locations there.

Costco’s senior vice president for Asia, Richard Zhang, told AFP that the Chinese consumer’s familiarity with Sam’s Club could help his company. “Chinese consumers are ready to pay for a membership card that grants them an exclusive privilege to buy at a warehouse store, it’s not a new concept in the country,” he said.

Still, the ongoing U.S.-China trade war could complicate the company’s supply. Zhang told the wire service that about 50 percent of the products are from overseas and that some fresh produce items from the U.S. have been replaced with items from Australia.