Prosecutors’ depiction of a scheme under which parents allegedly paid bribes to get their children into top colleges. 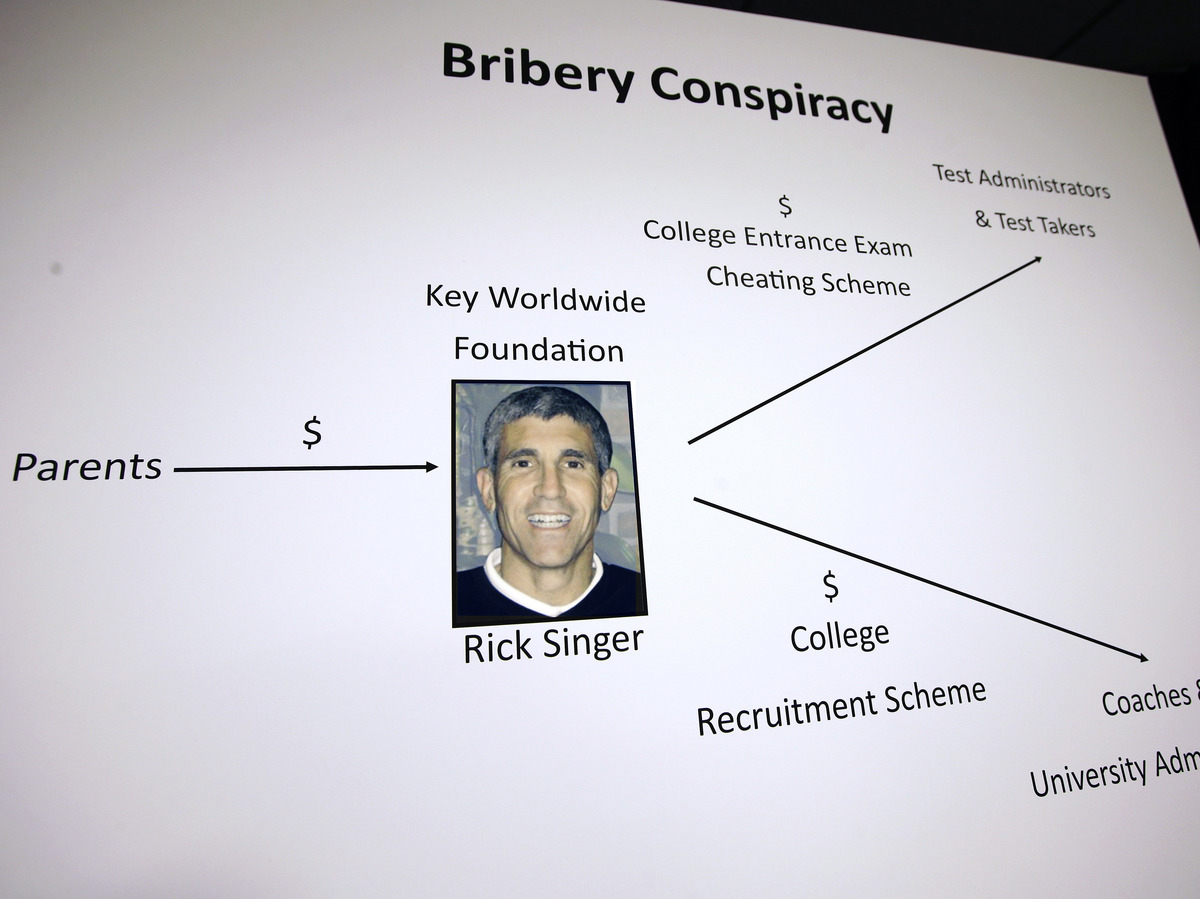 Prosecutors’ depiction of a scheme under which parents allegedly paid bribes to get their children into top colleges.

The federal case announced this week charging parents with buying their kids admission to top universities is shining a light on the admissions process. Every year, U.S. colleges and universities are tasked with sorting through a mountain of applications. Some of the most selective schools, like Harvard, can get upwards of 40,000. So how do officials know if the information in all of that paperwork is truthful?

Terry Cowdrey, a former acting dean of admissions at Vanderbilt University, says the key is in consistency.

“If a student had a very high SAT score on the verbal portion but then we saw consistently weak grades in English, and we read a poorly written essay,” she explains, “we would likely question if that SAT score was, in fact, valid.”

Cowdrey has been working in college admissions since the 1980s. She’s got experience heading up admissions departments at schools like St. Lawrence University and Colby College.

Cowdrey adds while admissions processes can vary at every school, generally officials can tell if student is telling the truth about test scores, or even extracurricular activities, because the different parts of their application will reinforce each other.

“If a student indicates they’re involved in certain activities that’s also mentioned in a letter of recommendation, or it’s something that’s in conversation when an admissions counselor meets a student,” adds Cowdrey.

“What often raises a red flag is when you feel like you’re getting a sense of a different student from different sources,” he says.

Boland explains those red flags are cues to the admissions office to dig deeper, meaning a phone call to a school guidance counselor may be in order. Boland and Cowdrey add that, in their experience, most applications get reviewed by several sets of eyes before getting an official acceptance.

So what about rooting out fraud on the consumer side? Brooke Daly, with the Higher Education Consultants Association, says most private admissions consultants are members of a professional association like hers and bound by a strict code of ethics. She says it operates through whistleblower system and an anonymous tip line.

“It was developed so that, in the industry of independent educational consulting, we can differentiate ourselves,” Daly explains. “We are operating ethically and we are doing good work with our students.”

Daly adds the code is constantly reviewed by group leaders so that as times change, so do the policies.