Vaping illness is a growing concern, according to the CDC. The agency’s Principal Deputy Secretary Dr. Anne Schuchat spoke before a House Oversight subcommittee hearing on lung disease and e-cigarettes in Washington on Sept. 24. 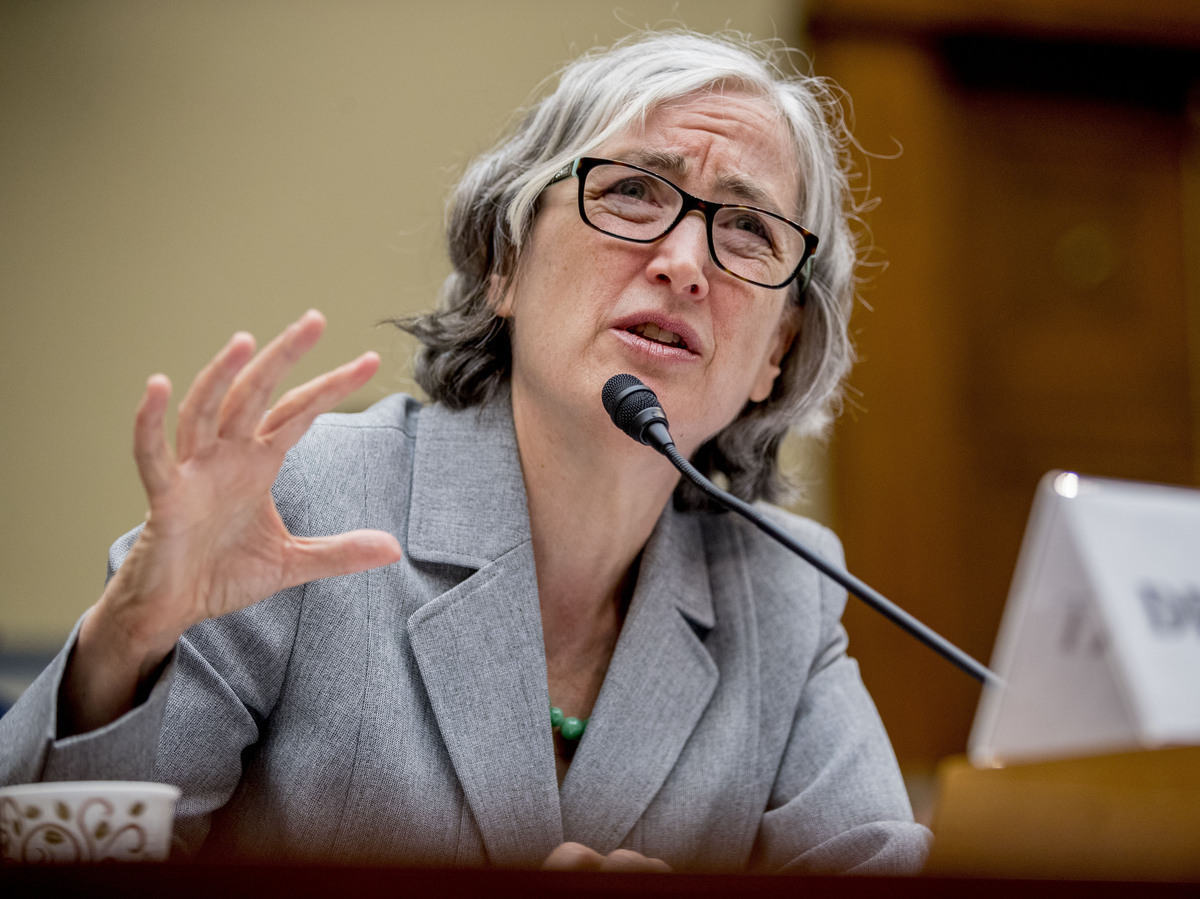 Vaping illness is a growing concern, according to the CDC. The agency’s Principal Deputy Secretary Dr. Anne Schuchat spoke before a House Oversight subcommittee hearing on lung disease and e-cigarettes in Washington on Sept. 24.

The Centers for Disease Control and Prevention intensified its warnings about the risks of vaping, as the number of patients with vaping-related illness continues to climb.

The case count has reached 1,080, the agency announced Thursday. There are 18 deaths in 15 states and more deaths are being investigated. All patients reported a history of vaping, and the majority reported using THC-containing products.

“We’re worried that there are plenty of risky products still out there,” the CDC’s principal deputy director Dr. Anne Schuchat said during a briefing with reporters. “That’s one of the reasons we’ve intensified our warnings.”

The agency is now warning people to avoid use of all vaping products, especially products containing THC. “It is pretty much impossible for you to know what is in the e-cigarette or vaping product that you’re getting, particularly THC containing products bought off the street or bought from social sources,” said Schuchat.

This week’s totals represent an increase of 275 cases over last week. The jump is partially the result of accounting for people who became ill previously, before there was widespread awareness of the epidemic. But, the CDC says it continues to get reports of new cases. And among the new cases, about half of the patients were hospitalized within the last two weeks.

Schuchat reiterated the agency’s intense level of concern about the ongoing outbreak. “The data we are getting does not suggest this has peaked,” she said.

It’s still unclear what’s causing the outbreak. Early on, investigators in New York reported that they find vitamin E acetate in samples of products handed over by some of the patients. And the Food and Drug Administration, which is collecting and testing samples of products used by patients, has found vitamin E as well. The agency says its analysis is ongoing — and results are preliminary. But so far, it has not found any one product or compound linked to all the cases.

Judy McMeekin, the FDA’s deputy associate commissioner for regulatory affairs, said at Thursday’s briefing that the FDA’s lab testing has found products containing both THC, at concentrations ranging from 14% to 76% and some that contain a combination of THC and Vitamin E acetate at ranges from 31% to 88%.

The FDA has collected over 440 samples from 18 states to date, said McMeekin, and is continuing to gather and analyze more. “Investigating this crisis is the FDA’s top priority,” she said.

The CDC has mobilized additional staff to several states to help with the investigation, and continues to work with the FDA and state public health agencies to investigate the illnesses.

“We really have the feeling right now that there may be a lot of different, nasty things in e-cigarettes or vaping product and they may cause different harms in the lungs,” Schuchat said. “These are really serious injuries in the lung and we don’t know how well people will recover from them, whether lung damage may be permanent.”

Schuchat says that the agency cautions against buying products on the street, but added that she can’t be certain that products bought at licensed retailers are safe either.

“We know there’s a lot of conversation out there about what is and isn’t safe and personally with all the data that I’ve been seeing I don’t know what ‘safe’ is right now,” she said.

“Individual states that have licensed dispensaries are taking steps to assure that what they regulate is safe. So we’re not interfering with state regulation. We’re just saying that right now it’s very difficult for a consumer to know what they have,” she said.