Can U.K.’s New Prime Minister Pull Off Brexit? Here’s What To Know

Britain’s Prime Minister Boris Johnson is determined to bring the U.K. out of the European Union at the end of October, deal or no deal. 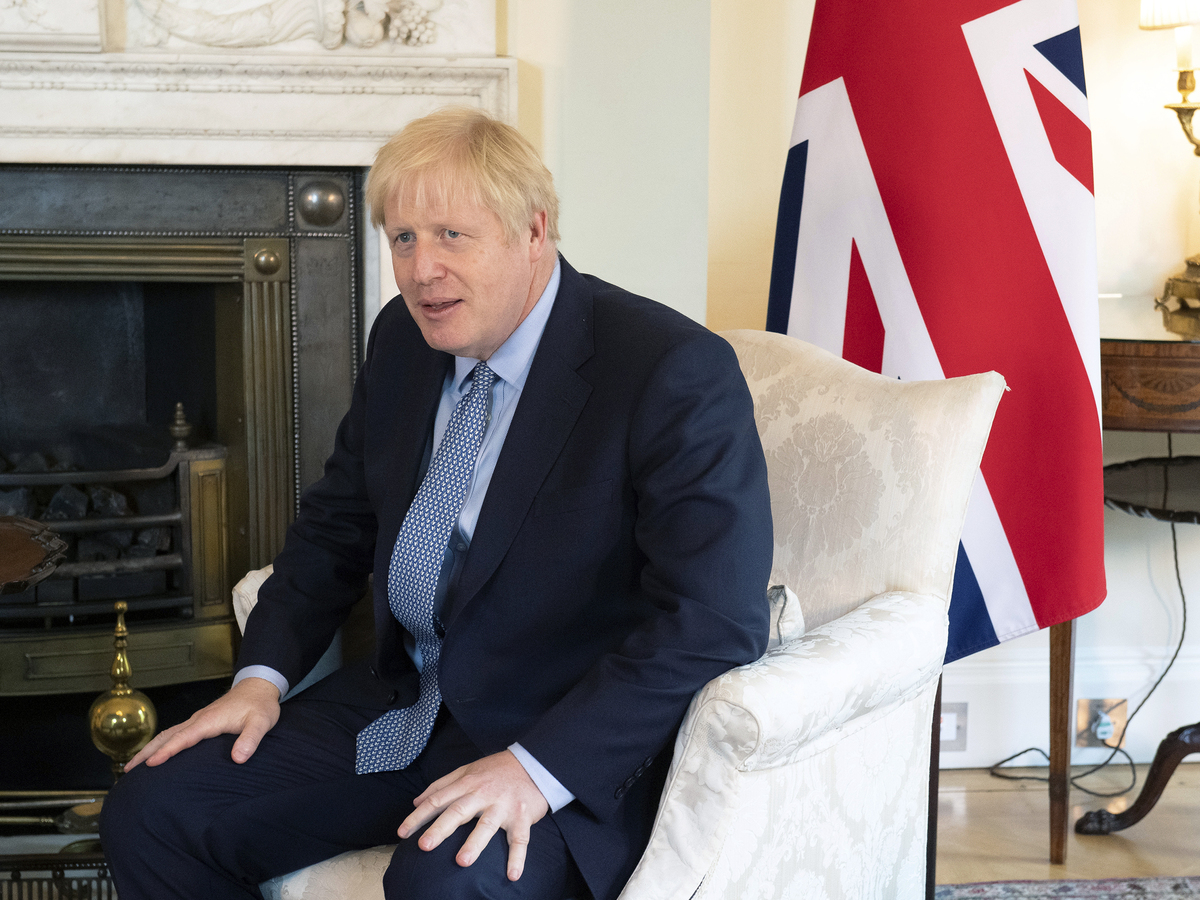 Britain’s Prime Minister Boris Johnson is determined to bring the U.K. out of the European Union at the end of October, deal or no deal.

The United Kingdom is headed for another showdown next month over Brexit, an issue that has paralyzed British politics for several years and ended the careers of the two previous prime ministers.

Here are some of the key challenges facing Boris Johnson, the new prime minister, who has vowed to take the U.K. out of the EU one way or another on Oct. 31.

Johnson is demanding the EU scraps the provision that sank the agreement in Parliament: a requirement for the U.K. to stay inside a customs arrangement with the EU until both parties can find a way to avoid a hard border across the island of Ireland. The bloc’s leaders in Brussels have repeatedly said this is non-negotiable. If Brussels stands its ground, Johnson says he is willing to take his country out of the EU with no agreement. That would mean tariffs and customs checks would quickly go into force at borders, slowing trade. Analysts say a no-deal Brexit would damage the EU economy, but harm the U.K. considerably more.

A majority in Parliament opposes leaving the EU with no deal. Can British lawmakers stop Johnson?

Lawmakers have limited options and little time. One option is to try to seize control of the legislative agenda and vote to block a no-deal Brexit and postpone the exit date yet again. This is difficult in Britain’s parliamentary system where the prime minister and his or her government controls the agenda. Another option threatened by Jeremy Corbyn, leader of the opposition Labour Party, is to call a no-confidence vote in Johnson’s government, which is just a few weeks old, but it’s not at all clear Corbyn could win a vote and form a new government. Even if Johnson were to lose a no-confidence vote, he could try to put off a general election until after Oct. 31, allowing the U.K. to crash out of the EU as the deadline is already written into law. Analysts say this would be very irresponsible and would cause an uproar, but could happen. “I think it is quite possible, even though the House of Commons will be very determined to try to stop it, we will nevertheless leave the European Union with no deal at the end of October,” says Robert Hazell, a constitutional scholar at University College London.

Let’s say Parliament is able to fend off a no-deal Brexit for now, then what?

Sam Lowe, a senior research fellow at the Centre for European Reform, a London think tank, lays out what many consider is Johnson’s Plan B or perhaps his ultimate strategy: “Boris Johnson calls a general election and uses the narrative, ‘it’s the people versus Parliament. I tried to deliver Brexit and Parliament stopped me, so therefore, vote for me and give me a bigger majority and I’ll be able to deliver what you want,’ ” Lowe says.

Under this scenario, Johnson would run a classic, populist campaign against the bureaucrats in Brussels while painting the U.K. Parliament as anti-democratic and defying the result of the 2016 Brexit referendum. Like most observers here, Lowe sees Johnson as a highly flexible, political animal.

“I think the only question that really matters to Boris Johnson is how do I remain prime minister,” says Lowe, “and everything else he’s doing right now flows from that.”

Could Queen Elizabeth be dragged into Brexit and forced to act?

If the queen got involved, that would feel like “peak” Brexit, but it is extremely unlikely. Hazell of University College London provides one, remote scenario: If Parliament hits Johnson with a no-confidence vote and chooses a new leader, but Johnson refuses to step down in hopes of triggering Brexit, then the queen would have the power to fire him. But Hazell says he finds it “inconceivable” Johnson wouldn’t step down. In addition, the queen is the head of state and supposed to remain above politics, so dragging her into Brexit would go over very poorly with the royal family, let alone the British people.

The last prime minister, Theresa May, spent three years trying and failing to deliver Brexit. Why should anyone think Johnson isn’t headed for a similar fate?

The line you hear in London political circles is Johnson’s premiership may be measured in months or years. That is how precarious and unpredictable Brexit has become. Johnson does have advantages over his predecessor. Unlike May, who voted against leaving the EU in 2016, Johnson helped lead the referendum campaign and has more political credibility with Brexit supporters. Analysts view Johnson as a more skilled politician than his predecessor, who seemed wooden and was poor at persuading opponents. Johnson is also something of a political escape artist. Often funny and disarming, he grossly misled voters during the referendum and, so far, has seemed to pay no political price for it. Brexit has a proven a career graveyard for prime ministers. Now it is up to Johnson to show he has what it takes to pull it off.