At U.N., Trump Administration Professes ‘No International Right To An Abortion’

Health and Human Services Secretary Alex Azar, seen in March, issued a statement Monday at the United Nations General Assembly stating that abortion is not an international human right. 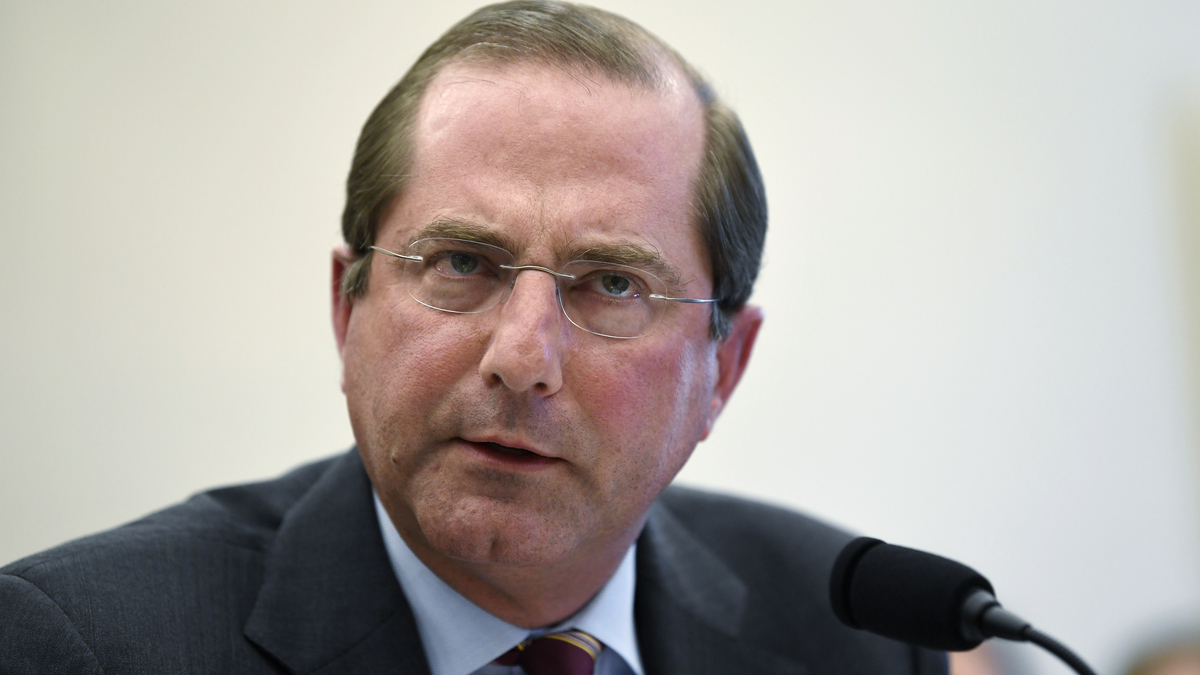 Health and Human Services Secretary Alex Azar, seen in March, issued a statement Monday at the United Nations General Assembly stating that abortion is not an international human right.

The Trump administration is calling on U.N. member nations to oppose efforts to promote access to abortion internationally, a move immediately criticized by reproductive rights groups seeking greater access to the services globally.

At a meeting of the United Nations General Assembly in New York on Monday, U.S. Health and Human Services Secretary Alex Azar spoke on behalf of the U.S. and more than a dozen other countries stating that abortion is not an international human right.

“We do not support references to ambiguous terms and expressions such as ‘sexual and reproductive health and rights’ in U.N. documents, because they can undermine the critical role of the family and promote practices like abortion in circumstances that do not enjoy international consensus and which can be misinterpreted by U.N. agencies,” Azar said.

The remarks came at a U.N. summit focused largely on climate change and health care. Azar was joined by representatives from countries including Brazil, Poland and Iraq in making the statement, which was signed by a total of 19 countries including the United States.

“There is no international right to an abortion, and these terms should not be used to promote pro-abortion policies and measures,” Azar added. “Further, we only support sex education that appreciates the protective role of the family in this education.”

The comments follow a letter issued in July by Azar and U.S. Secretary of State Mike Pompeo expressing similar concerns and asking foreign leaders to “join the United States in ensuring that every sovereign state has the ability to determine the best way to protect the unborn and defend the family as the foundational unit of society vital to children thriving and leading healthy lives.”

Conservative groups are praising the statement, saying the U.S. should focus on what they describe as less divisive issues such as maternal mortality.

“The conversation really needs to get back to basics,” said Susan Yoshihara, research director at the Center for Family and Human Rights, a faith-based conservative think tank, in an interview with NPR. “We’re very pleased that the United States and these 18 countries are refocusing universal health coverage on the real needs of women and children.”

Yoshihara noted that Azar’s statement comes after decades of debate surrounding how the United Nations should address issues related to abortion, contraception and sexuality.

Grace Melton, who represents the conservative Heritage Foundation at the U.N., said conservative groups believe terms like “sexual and reproductive health” are being used to “promote abortion and who knows what else” at the United Nations.

“The concern for a vast number of countries is that it has been used to promote abortion, and that’s not what they want,” Melton said.

Meanwhile, reproductive rights groups are calling for expanded access to abortion and contraception around the globe.

Shannon Kowalski, director of advocacy and policy at the International Women’s Health Coalition, was in New York for the meeting. She said dozens of other countries have signed on to a competing statement calling for international investment in sexual and reproductive health care.

The U.N. press office says it has not received that statement, but the Netherlands’ minister of foreign trade, Sigrid Kaag, tweeted and spoke in support of sexual and reproductive health care on behalf of several countries:

“The United States is isolated. Their position is extreme,” Kowalski, of IWHC, said in an interview with NPR. “They read their statement in conjunction with countries like Russia, Saudi Arabia, and Bahrain — which are hardly champions of women’s rights. And if they’re the countries that the U.S. is aligning themselves with, then I think we’re right to dismiss that they have any moral stake in this battle.”

Caitlin Horrigan, director of advocacy at Planned Parenthood Global, released a statement saying, in part, “It should come as no surprise the Trump-Pence administration is lobbying other countries to join them in working to undermine sexual and reproductive rights on a global scale at the United Nations. From day one, the Trump-Pence administration has tried to take away access to birth control and safe, legal abortion.”

Horrigan noted that one of Trump’s early acts after his inauguration in 2017 was to reinstate what’s known as the “Mexico City” policy, which prohibits U.S. federal dollars from going to organizations that provide or “promote” abortions overseas. The administration has taken similar steps domestically, issuing new rules earlier this year barring federal family planning funds from being granted to organizations that provide or refer patients for abortion.