The HealthCare.gov website is seen on a laptop computer in May, 2017. On Friday, a federal district court judge ruled that the Affordable Care Act is unconstitutional. 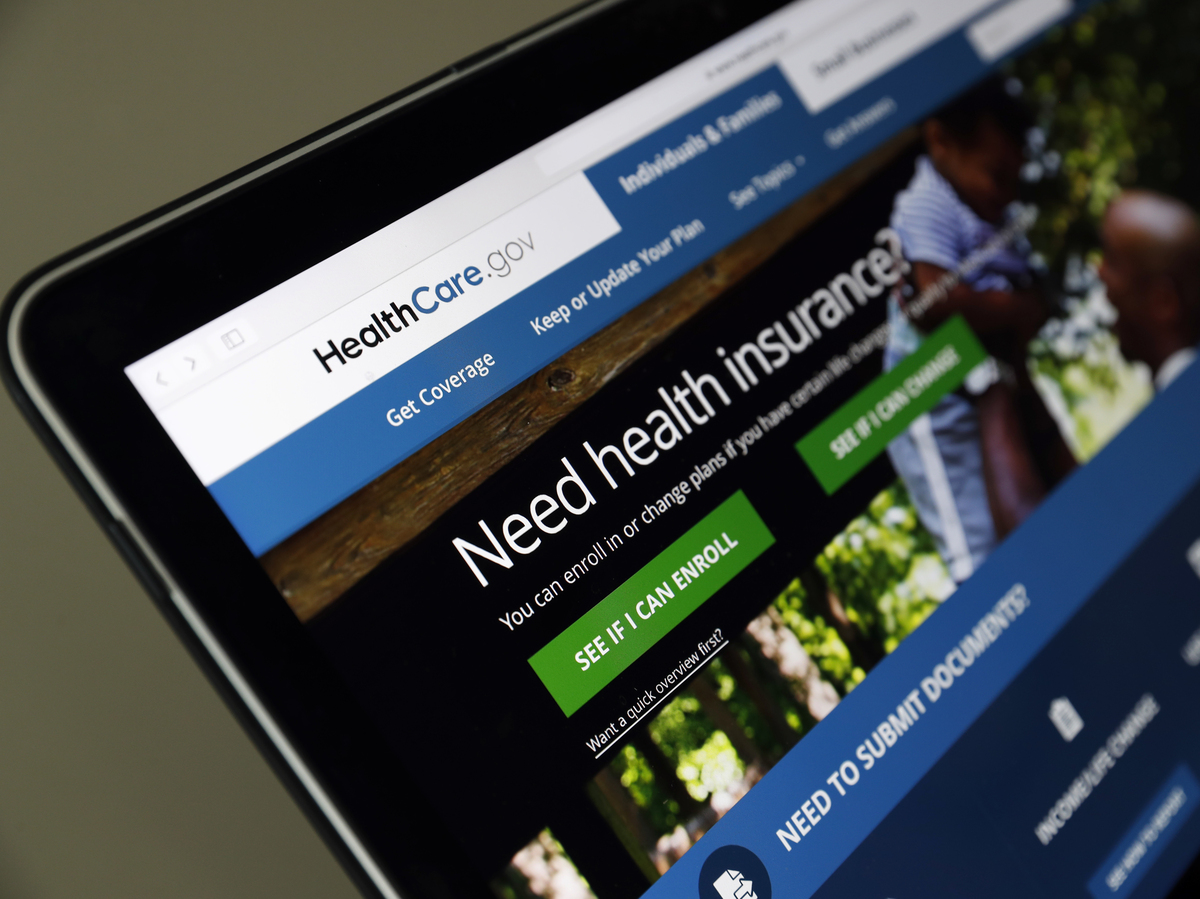 The HealthCare.gov website is seen on a laptop computer in May, 2017. On Friday, a federal district court judge ruled that the Affordable Care Act is unconstitutional.

U.S. District Court Judge Reed O’Connor explained his decision turned on a 2017 congressional tax bill, which eliminated a penalty for people who don’t acquire health insurance. Without the fine, the ruling says, the ACA is unconstitutional.

Additionally, none of the Republican governors of the 20 states listed as plaintiffs in the case noted the ruling on their Twitter accounts.

As NPR’s Alison Kodjak reported on Weekend Edition, the ruling puts GOP lawmakers in a tricky position. Republicans made multiple unsuccessful attempts to “repeal and replace” the Affordable Care Act in 2017, but many ran their midterm election campaigns this year promising protections for people with preexisting condition – a central piece of the Affordable Care Act.

Meanwhile, the federal government has had to respond to the awkward timing of the judge’s decision, which came on the eve of the final day of open enrollment for coverage under the Affordable Care Act. “Court’s decision does not affect this season’s open enrollment,” reads a red banner on HealthCare.gov. Seema Verma, who oversees Medicare and Medicaid, took to Twitter to spread that same message.

The recent federal court decision is still moving through the courts, and the exchanges are still open for business and we will continue with open enrollment. There is no impact to current coverage or coverage in a 2019 plan.

The Affordable Care Act itself remains popular. A Kaiser Family Foundation poll conducted last month found that 53 percent of adults have a favorable opinion of Obamacare. And various aspects of the law have been upheld by the U.S. Supreme Court. Democrats vowed to appeal Friday’s decision, which could set the law on a path back toward the justices in Washington, D.C.

In a statement, Sen. Dianne Feinstein, D-Calif., called O’Connor’s ruling “absurd,” adding that it “defies the law as written and Supreme Court precedent. Unable to repeal the Affordable Care Act in Congress, Republicans have turned to conservative judges to try and do the job.”

Louisiana Gov. John Bel Edwards, a Democrat, took his own attorney general, Jeff Landry, to task on Twitter. Landry is one of the Republican state attorneys general who helped bring this case against the ACA.

One of Landry’s colleagues in the effort, Kansas Attorney General Derek Schmidt, applauded the court’s decision in a statement released Friday, saying it “reaffirms the important principle that our Constitution protects liberty by limiting the power of the federal government.”

Perhaps anticipating the anger some have directed at his opinion, Judge O’Connor opened it with an acknowledgment of the shock waves it would send throughout the country.