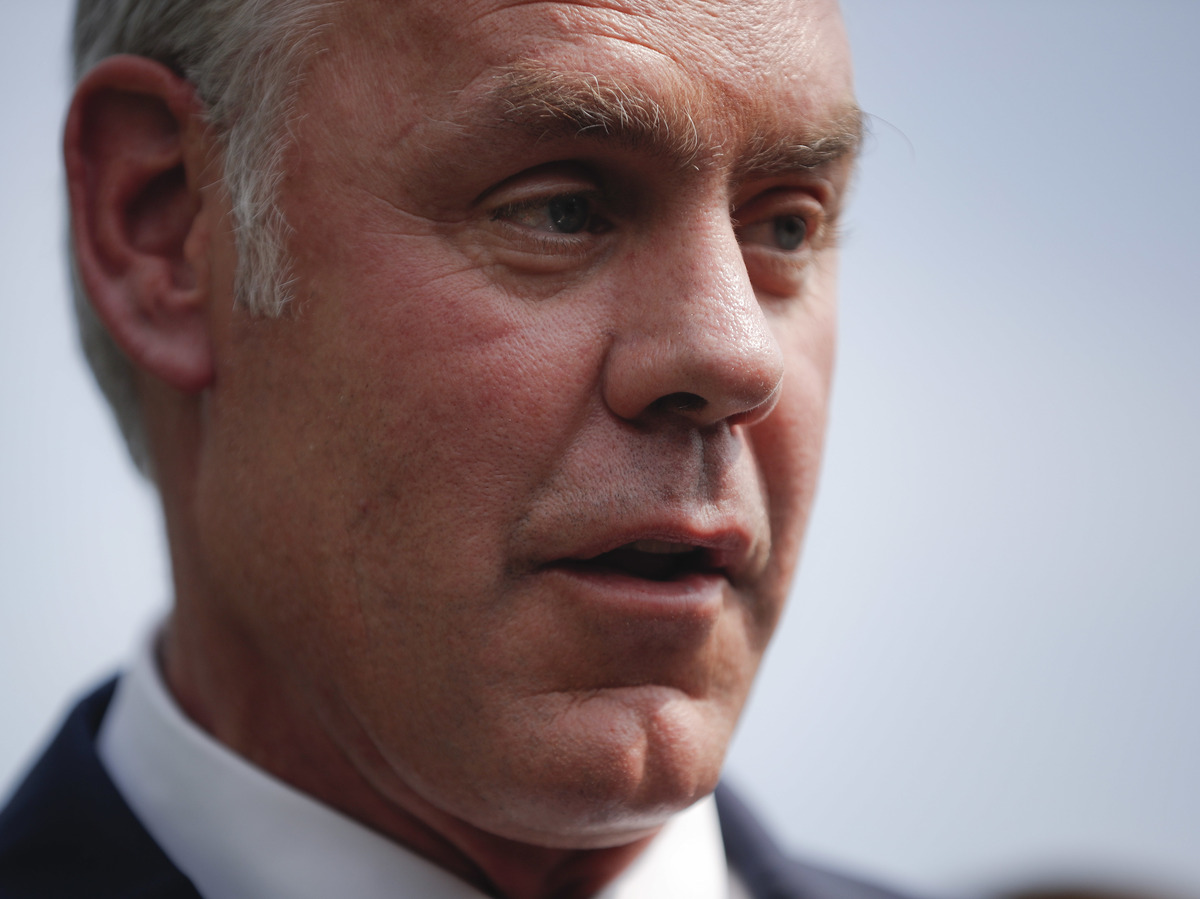 Ryan Zinke is out as secretary of the interior.

Zinke will be leaving the Trump administration at the end of the year; his successor is expected to be announced next week.

On Saturday morning, President Trump tweeted that Zinke is leaving after serving for almost two years. He said Zinke has accomplished much during his tenure and thanked him for his service.

Zinke’s departure comes after a tumultuous two years at the department, marked by mounting allegations of misconduct in office. He also faced the prospect of congressional probes after newly elected Democrats take majority control of the House.

The former Navy SEAL and one-term Montana congressman showed up for his first day at the Interior Department on horseback, promising to model himself after Theodore Roosevelt, the famed conservationist and 26th president.

“I shall faithfully uphold Teddy Roosevelt’s belief that our treasured public lands are ‘for the benefit and enjoyment of the people’ and will work tirelessly to ensure our public lands are managed and preserved in a way that benefits all Americans for generations to come,” Zinke said in a statement, released during his swearing-in.

But Zinke’s critics and even some of his early supporters soured on him early, arguing that his actions benefited extractive industries over all else.

As the top manager for more than 500 million acres of public lands, including nearly 400 national parks and monuments and wide expanses of coastal waters, the interior secretary has a lot of control over outdoor recreation, development and energy production on federal lands.

Boosting the latter has been a priority for the Trump administration. President Trump came into office touting an “America First” energy plan and Zinke was instrumental in seeing it through.

As interior secretary, he moved to open more coastal waters and public lands for oil and gas leasing, recommended the shrinking of two national monuments, and initiated the rollback of a number of Obama-era environmental regulations, which industry and Republican lawmakers had criticized as being overly burdensome.

The moves have helped fuel a boom in domestic oil and gas production. The U.S. recently surpassed 11 million barrels of crude oil a day, making it the world’s leading producer.

But some conservation and environmental groups argue those moves has come at a cost to the environment, wildlife and the future climate.

Zinke’s tenure was also marred by mounting ethics inquiries into his travel and personal financial dealings, among others.

He was vindicated in some cases, including investigations into his use of chartered and military aircraft, whether he improperly attended a GOP fundraiser in the Virgin Islands and whether he shrank the boundaries of a national monument in Utah to help a local Republican official. Others were closed because of lack of cooperation from his agency.

Still others remained, becoming sore points for the administration.

The most glaring centered on a land deal in Zinke’s hometown of Whitefish, Mont., that involved an organization run by Zinke’s wife and the chairman of Halliburton, a giant in the oil and gas industry.

Democrats contend that the land deal constituted a conflict of interest for Zinke.

Mary Kendall, the acting inspector general at Interior, opened an investigation into it last summer, looking at Zinke’s involvement in the deal and whether any taxpayer resources were used to advance the development.

Zinke’s lawyer and spokeswoman have both said that he did nothing improper.

The inspector general is also looking at whether Zinke blocked a proposal from two Connecticut Native American tribes to expand a casino because of political pressure and lobbying from MGM resorts.

Deputy Secretary David Bernhardt, a lawyer and longtime lobbyist for the oil and gas industry, is expected to take Zinke’s place.

Bernhardt worked at Interior under George W. Bush as the department’s solicitor. He’s expected to pursue a similar agenda of deregulation on the nation’s public lands.