Students in New York fill their lunch trays with hot food. In Rhode Island, a controversy over a plan to limit children to cold sandwiches if they had outstanding lunch balances was quickly reversed this week. 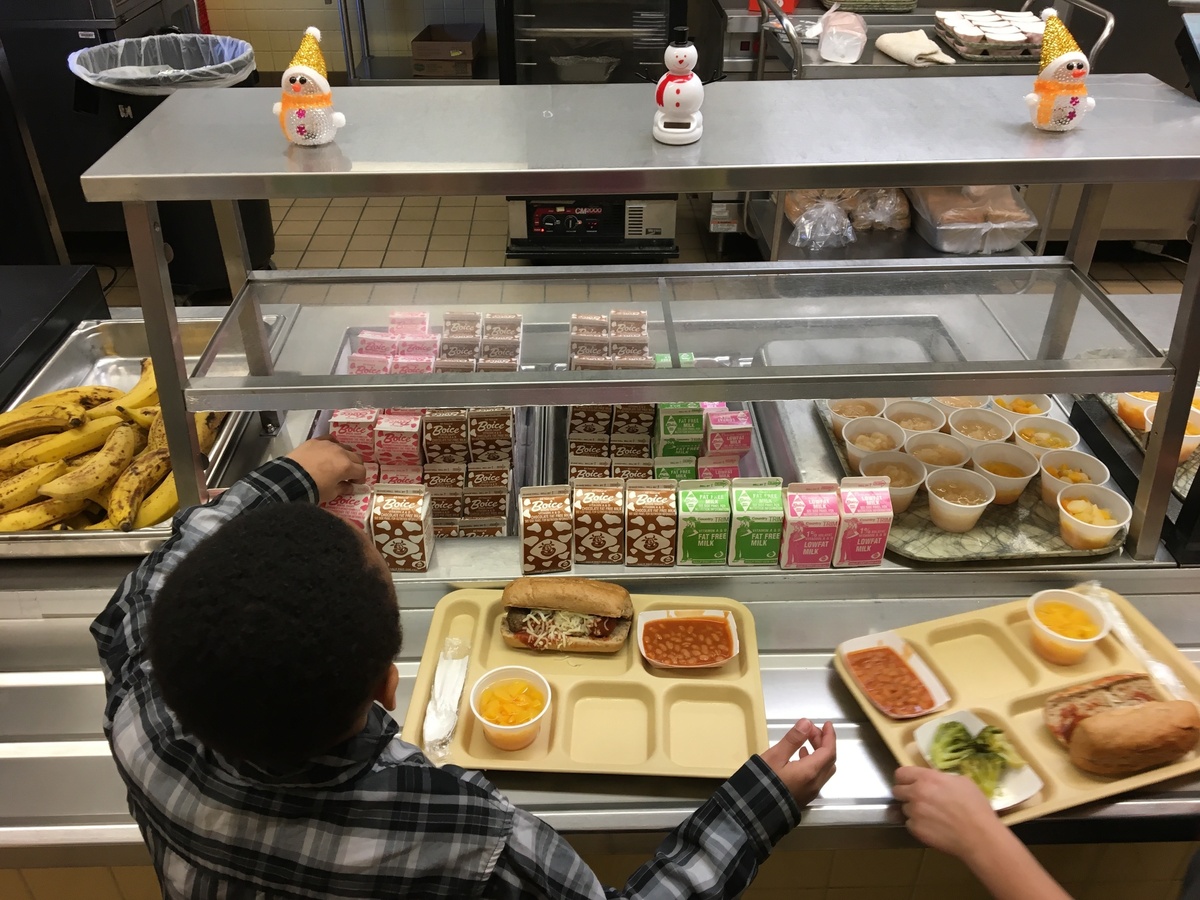 Students in New York fill their lunch trays with hot food. In Rhode Island, a controversy over a plan to limit children to cold sandwiches if they had outstanding lunch balances was quickly reversed this week.

Fundraising efforts to spare kids from from lunchtime humiliation in a Rhode Island school district have resulted in tens of thousands of dollars in donations over a couple of days, including nearly $50,000 by New York-based yogurt-maker Chobani.

On Sunday, Warwick Public Schools, a small school district facing approximately $77,000 in overdue lunch fees this year, curtly announced plans to implement a new policy that would ban students with outstanding balances from choosing from the cafeteria’s hot meals. Instead, it would limit children to “sun butter and jelly” sandwiches until the debt was repaid or a payment plan established.

The change was set to take effect on May 13, but immediate outrage on Facebook and national media attention prompted officials to reverse the decision just one day later.

In a Facebook post, Karen Bachus, chairwoman of the Warwick School Committee, said that “after careful review and consideration” the committee recommended “allow[ing] the students their choice of lunch regardless of their account status.”

She also stressed that a vast majority of the debt — 72% — is from students who are not enrolled in the National School Lunch Program. She added that as of the announcement, about $14,000 had been collected from outstanding balances. Bachus also detailed the monthlong process by which the district seeks to collect payment from parents — a process that involves sending multiple letters home over 90 days.

“As a parent, news of Warwick Public Schools breaks my heart,” Chobani founder and CEO Hamdi Ulukaya said in a tweet. “No child should be facing anything like this.”

“We need to step up. We’ll take care of this school’s bill … but we need everyone around the country to eliminate this” problem forever, he said, adding a call for other companies to help ensure every child has access to “natural, nutritious and delicious food.”

Additionally, the newspaper said, “Multiple GoFundMe fundraising pages have also been launched, with balances around $40,000.”

The controversy has fueled a national conversation about mounting school lunch debts and the practice of “lunch shaming” in public schools. Policies across school districts have varied drastically. Some routinely throw away lunches when students can’t afford to pay for them; some prohibit access to hot food; some stamp the hands of children whose parents are in arrears; and still others make children work to pay off their guardian’s debts.

In an attempt to provide some clarity and prevent children from public shame, the U.S. Department of Agriculture, which administers the federal school meal program, mandated that all districts put their policies in writing and communicate them to staff, parents and the community at the start of the school year. The agency stopped short of barring some of the most embarrassing practices but did encourage districts to find alternative solutions for working with adults in addressing delinquent accounts.

The USDA provides free and reduced-price lunches to approximately 30.4 million children, but Michael Crudale, executive director of human resources at the neighboring Cranston Public Schools, said he suspects thousands if not millions more children would qualify if they applied.

“There was a lot of backlash … but over the last few years, student lunch debt has nearly doubled,” Crudale told NPR. In the three years he has worked for the district, the annual size of the debt “has gone from about $50,000 to $90,000, which is where we are now” and is likely to reach $100,000 by the end of the year, he said.

Crudale emphasized that the district’s new strategy is a “soft approach” and the collections accounts have no impact on credit scores or other unintentional adverse effects. He also said the letters have boosted enrollment numbers in the federal free and reduced-lunch program because an application is attached to each notice.

“We do a big push for the program at the beginning of the year, but a lot of people don’t get their forms in. By sending this form with the letter we have seen an increase, and that’s good,” he said.