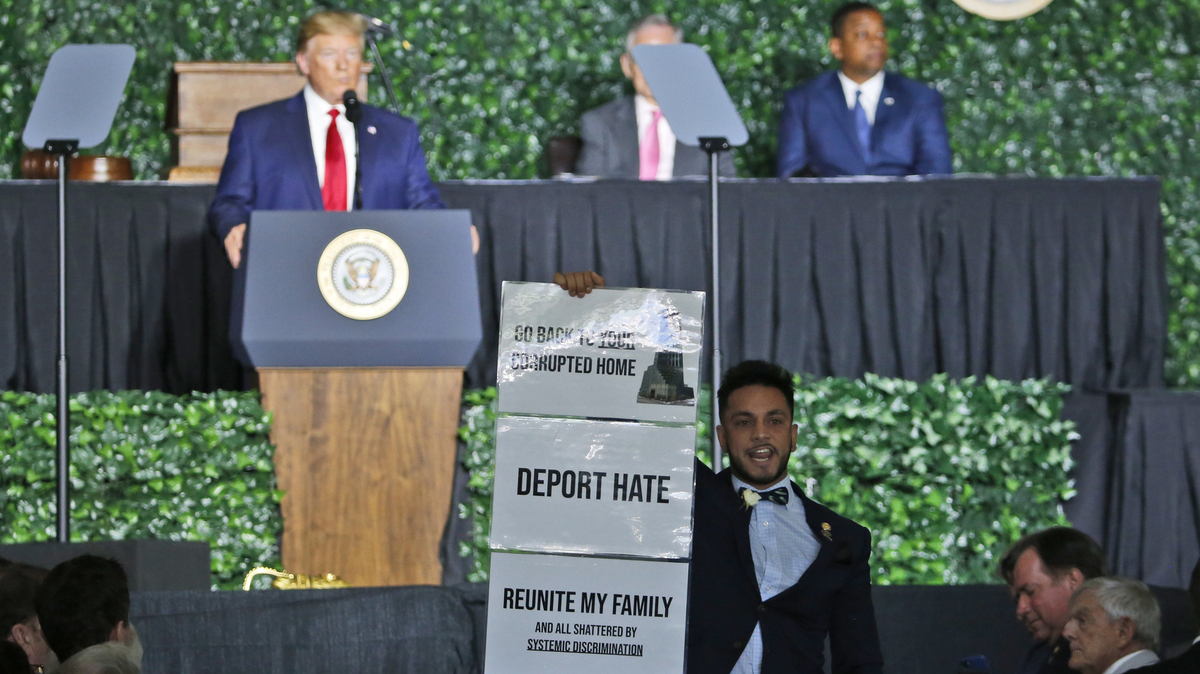 As he departed the White House on his way to celebrate the 400th anniversary of representative democracy in what is now the United States, Trump continued his disparaging of Rep. Elijah Cummings, who is black, and said of Cummings’ mostly-black constituents, “Those people are living in hell in Baltimore.” Two hours later, Trump delivered a speech praising African-American contributions to the U.S.

Cummings, the Maryland Democrat who chairs the House Oversight Committee that’s taken the lead in investigating the Trump Administration, has drawn Trump’s ire for demanding reams of records from the White House, most recently, messages from Trump’s daughter, Ivanka, and son-in-law Jared Kushner, who serve as presidential advisers.

Trump’s advisers reject the idea that his words are racially-motivated and argue he’s merely hitting back at his critics.

“Honestly, you would have to be brand new to be shocked that President Trump would defend himself,” Trump campaign advisor Katrina Pierson told NPR on Monday.

Less than two hours after his comments on the White House lawn, Trump praised African-American contributions to the nation at a speech in Jamestown, Va., saying that “in the face of grave oppression, and grave injustice, African-Americans have built, strengthened, inspired, uplifted, protected, defended, and sustained our nation from its very earliest days.”

He quoted Rev. Martin Luther King, Jr., saying that after the Civil War, it would take another century for the nation to “live out the true meaning of its creed and extend the blessings of freedom to all Americans.”

Trump’s speech to the commemorative meeting of the Virginia General Assembly was boycotted by the legislature’s black Democrats, who said the ceremony would be “tarnished unduly” by the presence of Trump.

It was also interrupted by a state lawmaker protesting Trump’s immigration policies.

“Mr. President you can’t send us back, Virginia is our home,” said the demonstrator, who was identified by the press pool traveling with Trump as Ibraheem Samirah, a Democratic member of the Virginia House of Delegates.